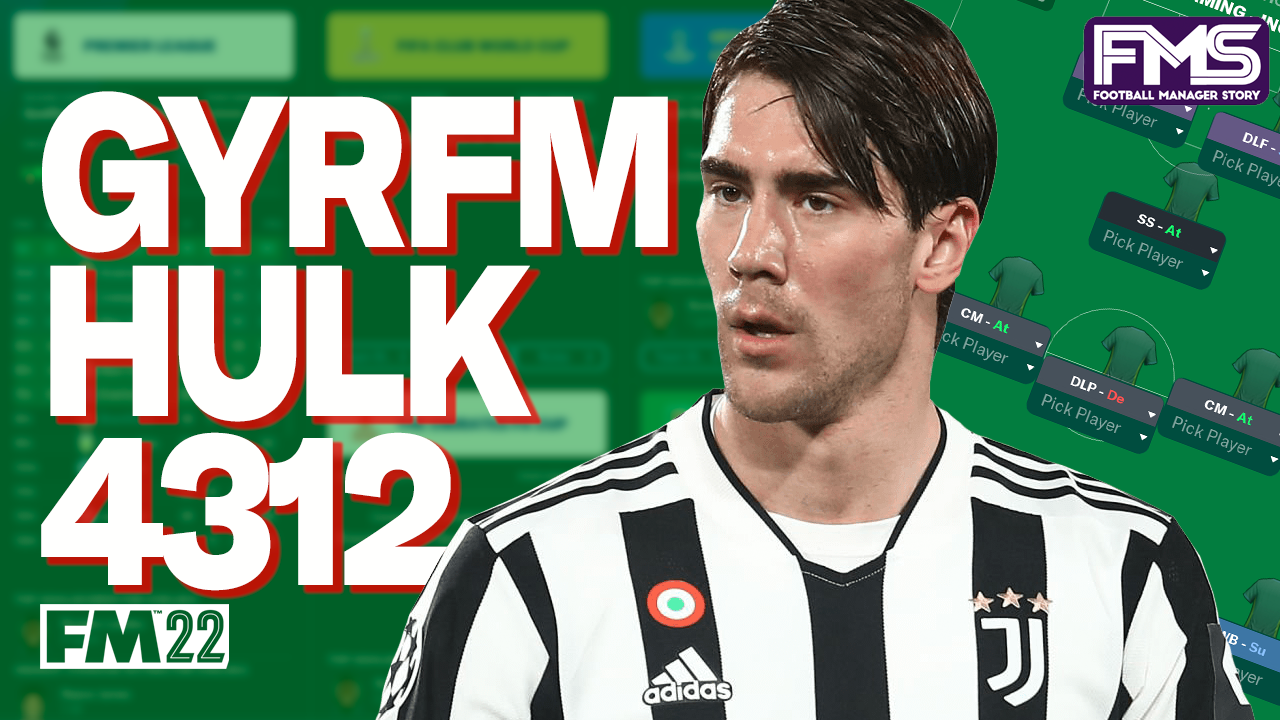 GYRFM (Gareth) has made a name for himself, creating some of the best tactics seen on FM22 and he is constantly featured on Hood Gaming’s channel with each superb system he creates.

This year his PvP draft record is phenomenal, proving he knows this game more than anyone at the moment.

Thank you to everyone who played in season 3 of #DraftClubFM. It doesn't happen without you and your time. We will take a break and be back in a few months. Enough time for someone plot the downfall of the DraftClub double champ @GYRFM_ or can he make it 3? #wearedraftclub pic.twitter.com/Ccf0HNjuxH 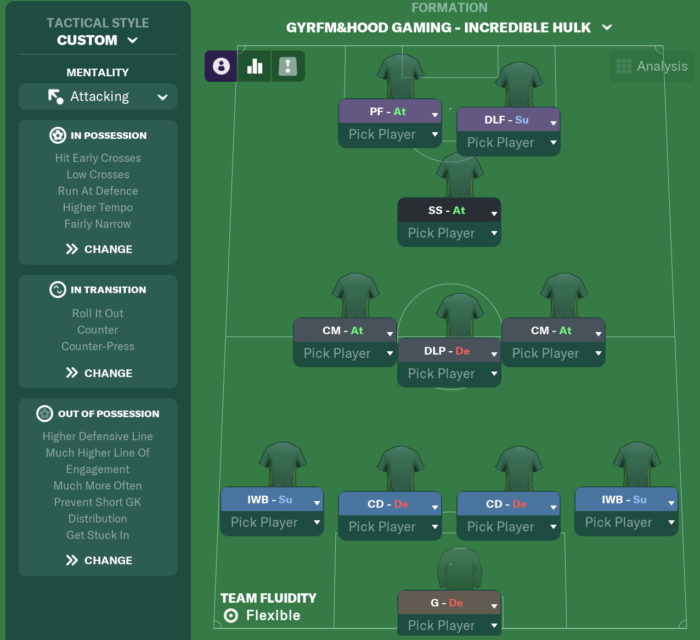 Grogu is a narrow 4-3-1-2 formation. If you think one Central Midfielder on Attack is deadly, wait till you use two.

Covering the space made by the two central mids are the two Inverted Wing Backs on support. With the Deep Lying Playmaker on Defend dropping to create a diamond shape.

Upfront, the Deep Lying Forward on support will comes deep to open up space for the CMa and the Shadow Striker.

When dominating, you are going to end up with five players bursting into the opposition area. 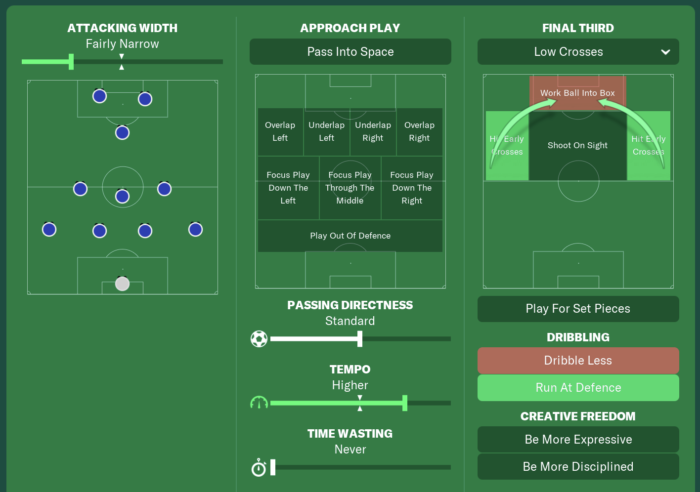 The tactic plays fairly narrow, with a higher tempo and standard passing. This is not tiki-taka, this is fast, more direct and looking to get the ball forward and into the box quickly.

Your players are also looking to run at the defence, which should create opportunities to expose a defence trying to restrict space to the five attackers. 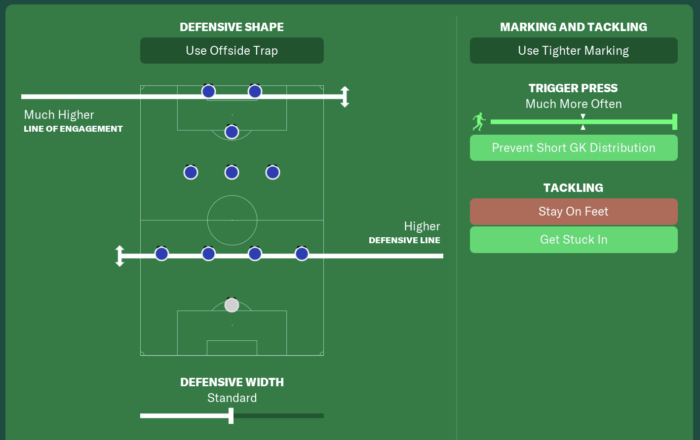 Out of possession, it’s using a Much Higher Line of Engagement, and a Much Higher Defensive Line. The team are getting stuck in and pressing ‘Much More Often’.

Chelsea finished second with 90 points. Frustrating against a dominant Liverpool side. Yet, what shows the magic of this tactic is Brentford coming fifth, with the third most goals scored in the league.

Twenty four wins is the highest we’ve seen with the Bees in any of our tests.

Back at Stamford Bridge, 94 goals scored is superb, and anytime you conceded fewer than one goal a game, the defence is working very well.

Just 25 goals for Romelu Lukaku is far from his best return in the Premier League. Reece James was excellent with 7.58 average rating and Edouard Mendy showed his excellence with 18 clean sheets.

Over in the Championship the GYRFM Incredible Hulk 4-3-1-2 enjoyed similar success.

Sheffield United winning the league with 101 points is outstanding, and Peterborough’s fifth place, for a team predicted to finish in the relegation battle defies logic.

The Posh won 24 games and scored the second most goals in one of the most difficult leagues in the game.

Defensively there were not in the same bracket as the Blades, but both teams enjoyed exceptional seasons. Sadly, Peterborough lost to Fulham in the playoff semi-finals.

Rhian Brewster finishing just behind Mitrovic in the top scorer stakes, but two of his team-mates finished in the top three for average ratings. Connor Hourihane with 12 assists, matched by Jorge Grant.

This tactic scores 101.2 on our testing system. Which is the highest we’ve ever seen. It’s one thing to find success with the two top teams, but it’s the fantastic results with the other two which see it claim top spot.

343 league points is outstanding. Combine it with 347 goals and a solid defence and it’s a wonderful test all-round for the GYRFM Incredible Hulk 4-3-1-2.