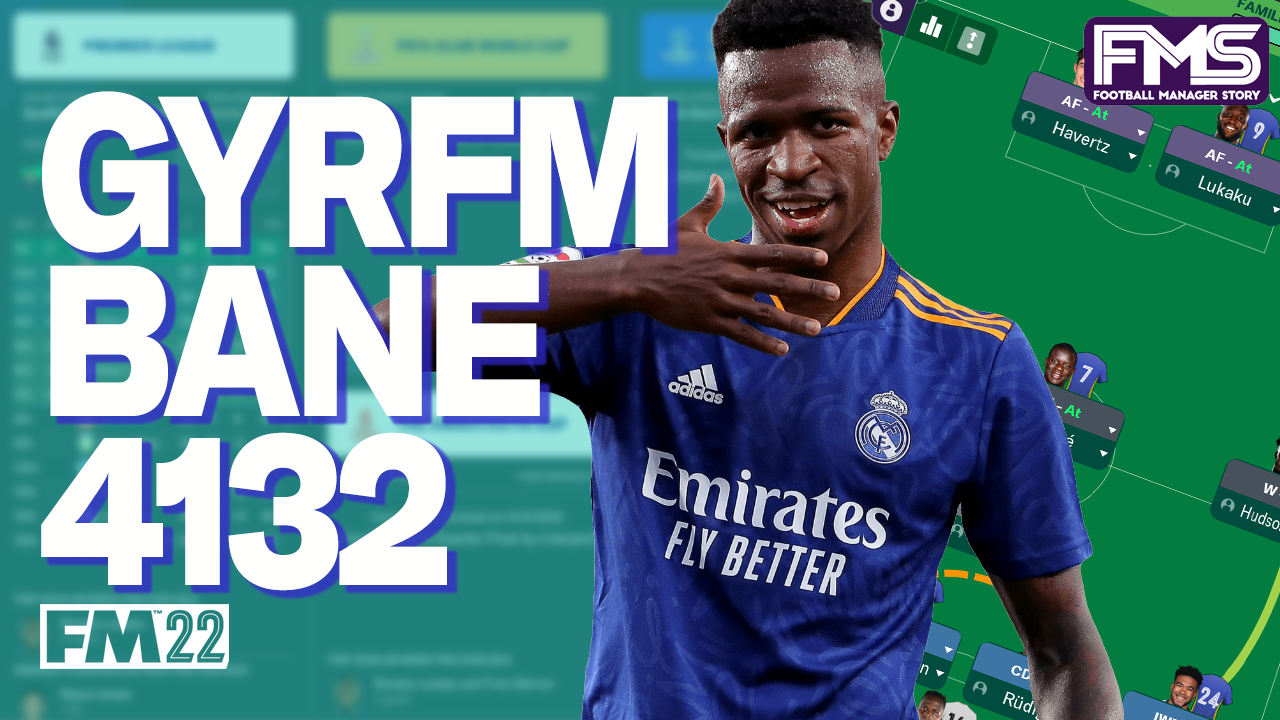 GYRFM (Gareth) has made a name for himself, creating some of the best tactics seen on FM21 and he is constantly featured on Hood Gaming’s channel with each superb system he creates. 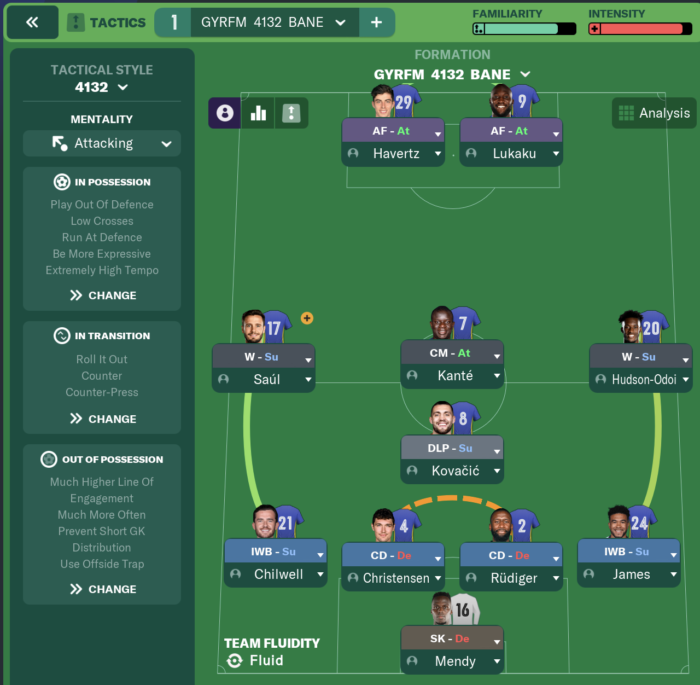 Echoes is a 4-1-3-2 tactic. It is played on an Attacking Mentality, with double Advanced Forwards, two Wingers and a Deep Lying Playmaker behind a Central Midfielder on Attack.

What is unusual for one of GYRFM’s tactics is the use of the Inverted Wing Backs. His previous systems usually stick to the normal Full-Back role.

On the face of it, there is nothing which stands out. No eye-catching roles or shape, but with a Fluid shape, it should be a lot of fun to watch on the pitch. 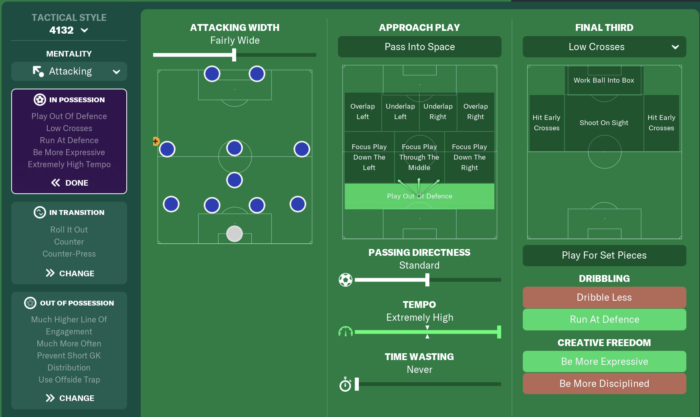 Playing with a Fairly Wide attacking width and standard passing, the team is playing on default. However, they are looking to get the ball up the pitch very very quickly. No messing around. He is asking the players to run at the defence in the final third, so that’s the Advanced Forwards, Wingers and CMa mostly.

They also have the freedom to Be More Expressive. Using the player’s quality to make something happen near the opposition goal.

The attack is pushed up with a Much Higher Line of Engagement. The pressing is Much More Often with the Offside Trap really squeezing the play.

Every single player has been told to Tackle Harder and Mark Tighter. The DLP, BPD (left), and the IFs are instructed to pass the ball shorter. This should provide more possession and look to pick the right pass rather than rush on the Attacking mentality. 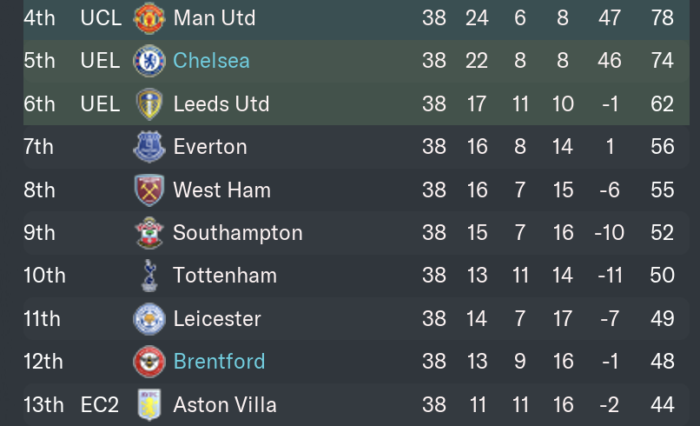 Results in the Premier League were not great. Chelsea finished 24 points off the top, sliding all the way down to fifth. Although with 94 goals, only Liverpool scored more, but it was the 48 conceded which let them down.

Brentford finished in 12th, and previous tests have suggested a mid-table finish is very very possible for this squad.

Yet, it was in the Championship which showed the best results using GYRFM’s 4-1-3-2 Bane tactic. 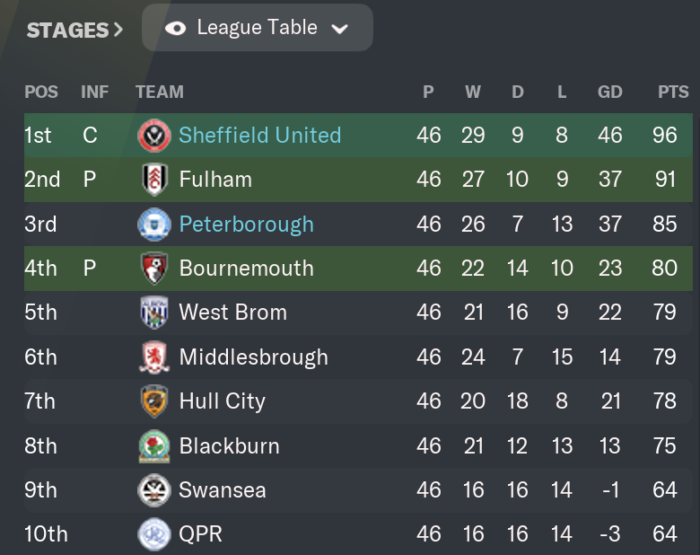 Sheffield United won the Championship, but it was Peterborough, predicted 21st who finished third and made it all the way to the Playoff Final.

Sadly, they just missed out on promotion, but as you can see below, quite a few players recorded outstanding seasons in this system.

Posh actually ended the season as the top scorers with 99, Sheff U just behind on 92. The Blades only conceded 46 compared to 62 for Peterborough.

This tactic scores 91.5 on our testing system. 303 team points has it just outside the top five (at the time of writing). Yet, third for total goals scored. Averaging 2.09 goals per game. However, 223 goals conceded is one of the better defensive showings overall.