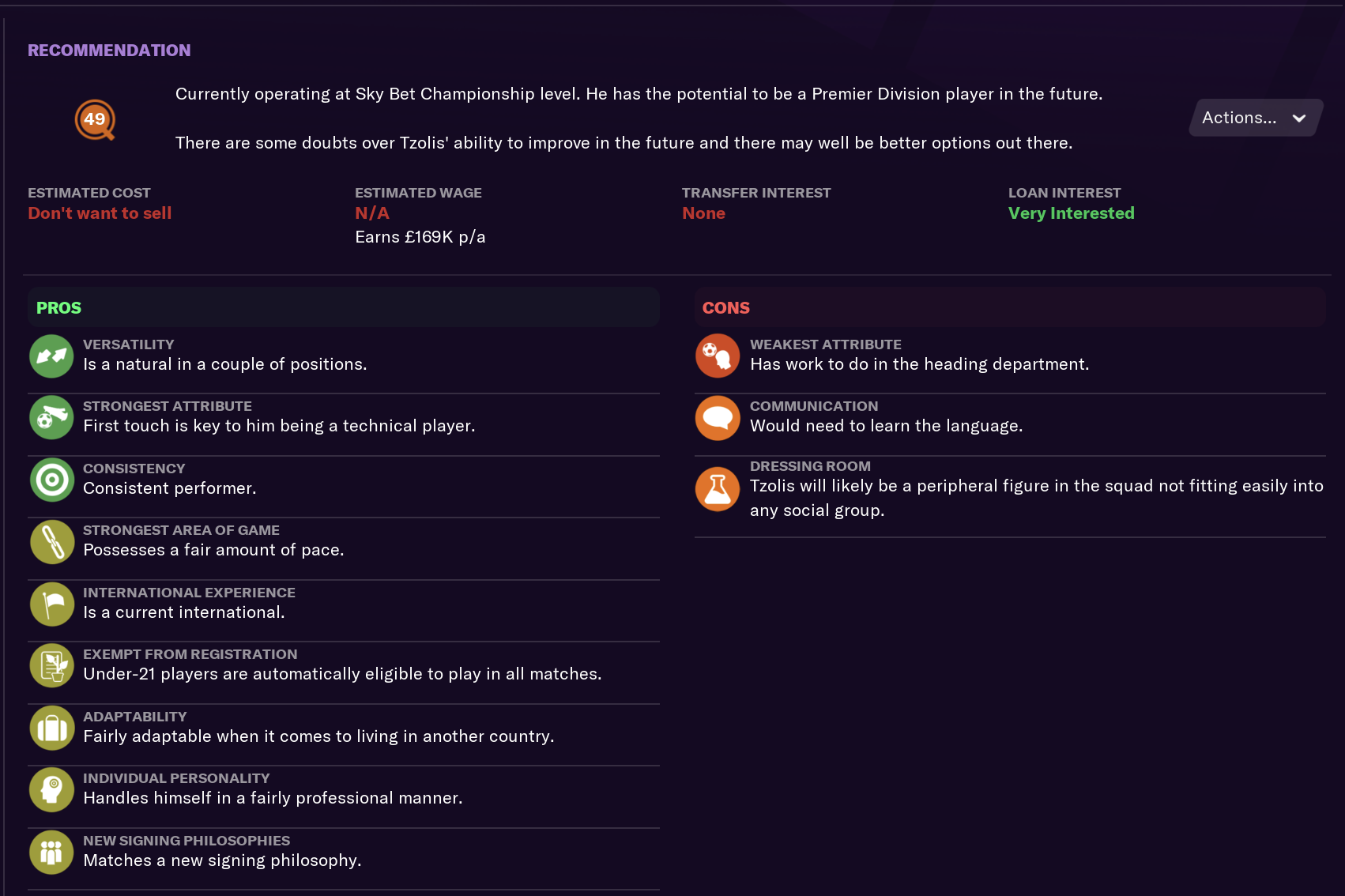 Greek wonderkid Christos Tzolis has a decent current ability/attributes at the beginning of the game, he could  go straight into most first squads..

We believe he is not an FM 21 cheap player, as we only got accepted a 24 million GBP offer from Paok.

Christos has well rounded attributes to play as a winger, but you will have to focus on his passing, that should develop quite easily as he got great technique, first touch and a fairly professional personality.

For am 18 year old player, Tzolis has great agility, flair, technique, first touch and dribbling. But we insist, he is not a bargain and you will find better options when starting your save.

While in Germany he got plenty of first team football and at the age of 22 in 2025, we believe he still have room for some improvement.

With 33 caps, Tzolis became a regular for the Greek national team.

FM21 wonderkid Christos Tzolis is a decent wonderkid with lots of potential with all the attributes and personality to fulfil his potential. You will have to pay 24 million, so there are better options at the beginning of FM 21, like Ajax’s Antony, for example.

BTW, there is a rumour that Christos Tzolis may be signed by Norwich or Manchester United in real life football.(August 4th 2021)