How To Improve Consistency In Football Manager | The Most Influential Attribute 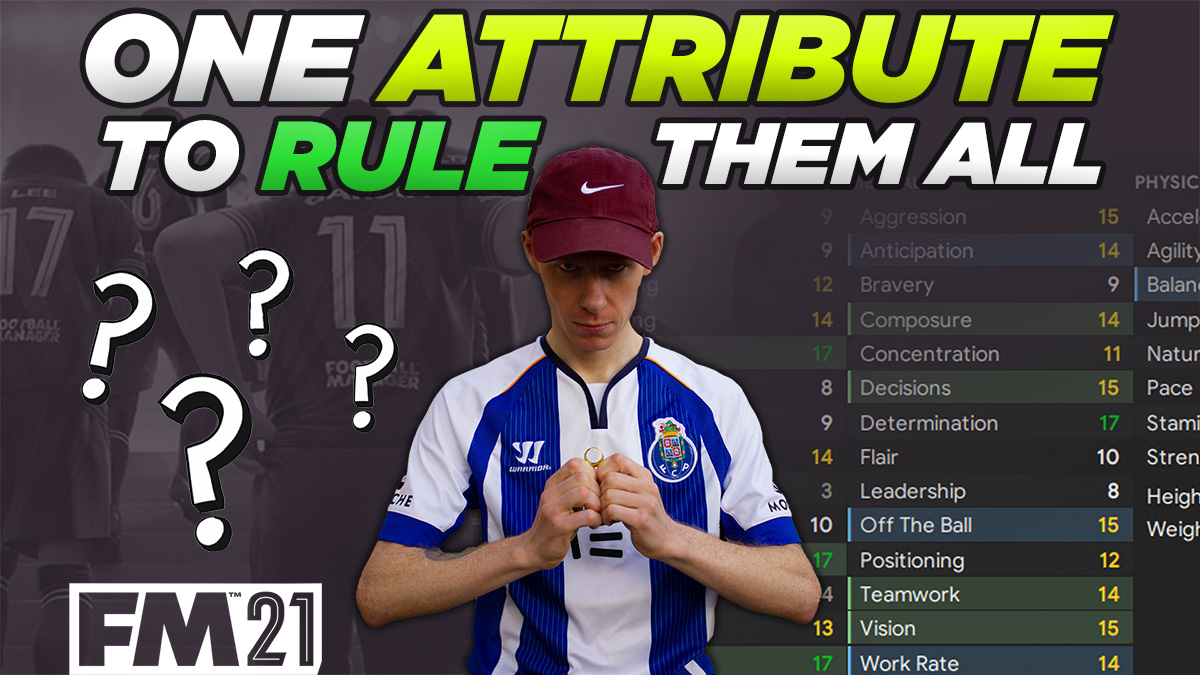 Hey guys and welcome to a different type of tutorial, honing in on the most influential attribute in FM, Consistency. This guide will cover how to improve Consistency in Football Manager, how to manage its effects in the short term and where to find this hidden attribute in your game.

Consistency can downgrade every Technical and Mental attribute in Football Manager but due to its hidden nature is largely overlooked by the community. Consistency acts as a handicap to every players ability, dictating how often they can perform to their full capacity.

Attributes combine in Football Manager to form abilities and no single attribute can work in isolation. Here are two examples;

A player with great passing can reach his intended target but the options he is aware of are limited by Teamwork, Vision, Decisions etc. A player with high Acceleration has explosive speed but how often he chooses to use it is influenced by Aggression, Determination and Work Rate.

But no attribute can handicap and influence all others like Consistency.

If you prefer Vlogs over Blogs watch the short tutorial below. I would however recommend scrolling down for how to find Consistency through Reports.

How To Improve Consistency In Football Manager Video

For clarity; Consistency is influenced by form, morale and discipline and works on a game by game basis, it does not degrade all other attributes permanently. Ergo if your player finds good form and his morale is high the affects of poor Consistency may not be seen. Also worth noting it does not influence Physical attributes, moving on.

How To Find Consistency In Football Manager

Consistency is a hidden attribute but can be found through coach and scout reports. It appears as a bulls eye and should be colour coded to represent an attribute range. 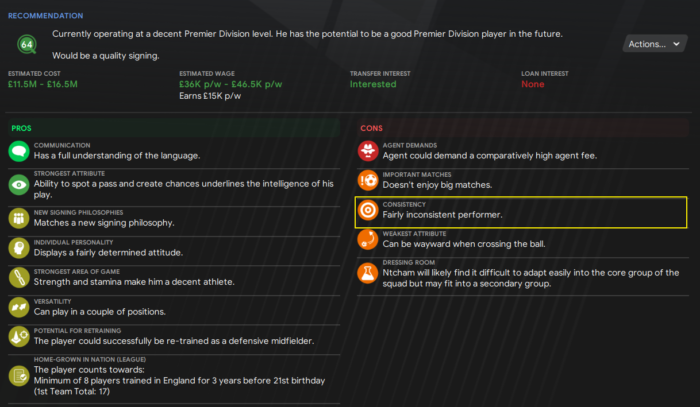 I have listed each colour you may find below with the attribute range it represents. I have also included the scout description but these can vary slightly. Consistency of 1-9 appears as a ‘con’ in player reports, but will not appear at all between 10-11 and is classed as a pro from 12-20.

1-2 Consistency is shown by a deep red colour and should say something like ‘very inconsistent performer’.

6 Consistency remains the same colour but the description changes. The one shown here is misleading as taken from a 16 year olds report, but we will touch on improving consistency further down.

7 Consistency is a light Orange and should say ‘fairly inconsistent performer’.

8-9 Consistency has the same colour but less critical comments of ‘needs to work on becoming more consistent’.

10-11 Consistency will not appear on any Scout or Coach report as either a pro nor a con. This is where we draw a line in the sand. While you should be aware of Consistency below 10 I would not worry too much about it until it reaches 6 and below.

12-14 Consistency is a browny green and can vary by description but is generally ‘fairly consistent’.

18-20 Consistency is an illuminous Green and listed as ‘very consistent’.

How To Improve Consistency In Football Manager

You can only improve Consistency in FM through game time and good performances. You cannot increase Consistency through Mentoring despite what others in the community may say.

I have not seen this attribute increase by more than 3-4 in a seven year period. Players with very poor Consistency may be influenced by it for their entire career.

However, you can work around poor Consistency through good man management.

How To Manage Poor Consistency in FM

A happy player with good morale will not be influenced as much by poor Consistency, so keep your players happy guys.

Praise good training and performances but only when warranted and ALWAYS criticise poor performances. Any rating of 6.6 or below should be criticized. I also address poor training when brought to my attention in the inbox.

To criticise a player, left click on their name, hover over ‘interaction’, ‘speak about’, ‘warn player’ and select the relevant option.

An Example Of Poor Consistency In Football Manager

Take Lesley Ugochukwu’s profile from 2027; this kid is Determined, versatile and showing no real weakness with great physical, mental and technical ability. And yet… 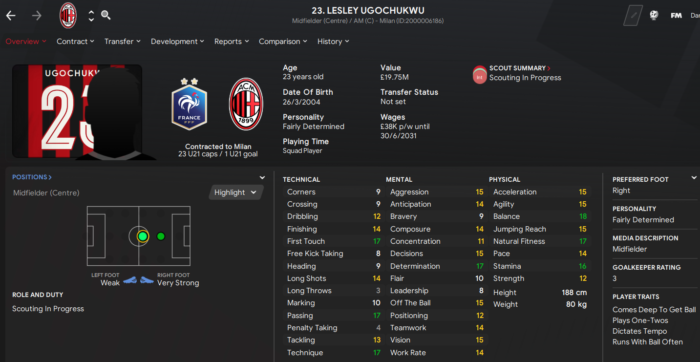 Look at the average ratings below taken from the same save, an average of 6.75 and poor performances season in season out. Of course, tactics, team performance and a plethora of other variables could be to blame, but not every single season for 7 seasons.

That is all folks, if you enjoyed this piece please let me know and I will consider similar content in the future.