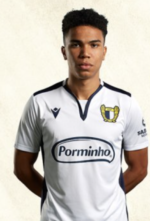 Gustavo Assuncao is a real bargain in FM 21.

At the beginning of the save you can buy this wonderkid for 4.9 million, and he will be able to jump into the main squad of any team in the world.

His main strength are his mental attributes, his technicals are great, and his physical are the ones you should focus to develop further on, mainly his strength and speed, if he is to be used as a midfielder on defense duty.

In our save, he was bought by Chelsea during the second season for 8 million but after 5 seasons he didn’t manage to grab a place in the first team. He was sent on loan one year to German Wolfsburg and another year to Paris St Germain. Though he only played 38 games during 5 years, he managed to develop his full potential, and reach an elite midfielder level.

If you are looking for an FM cheap player to play as a deep lying playmaker or a defensive midfielder at the beginning of your save, Gustavo Assuncao definitively should be your priority if you want to spend under 5 million