Fabio became a monster Inside Forward in our save moving to Real Madrid for £73m. Vieira scored 46 goals, assisting 46 from 158 games… 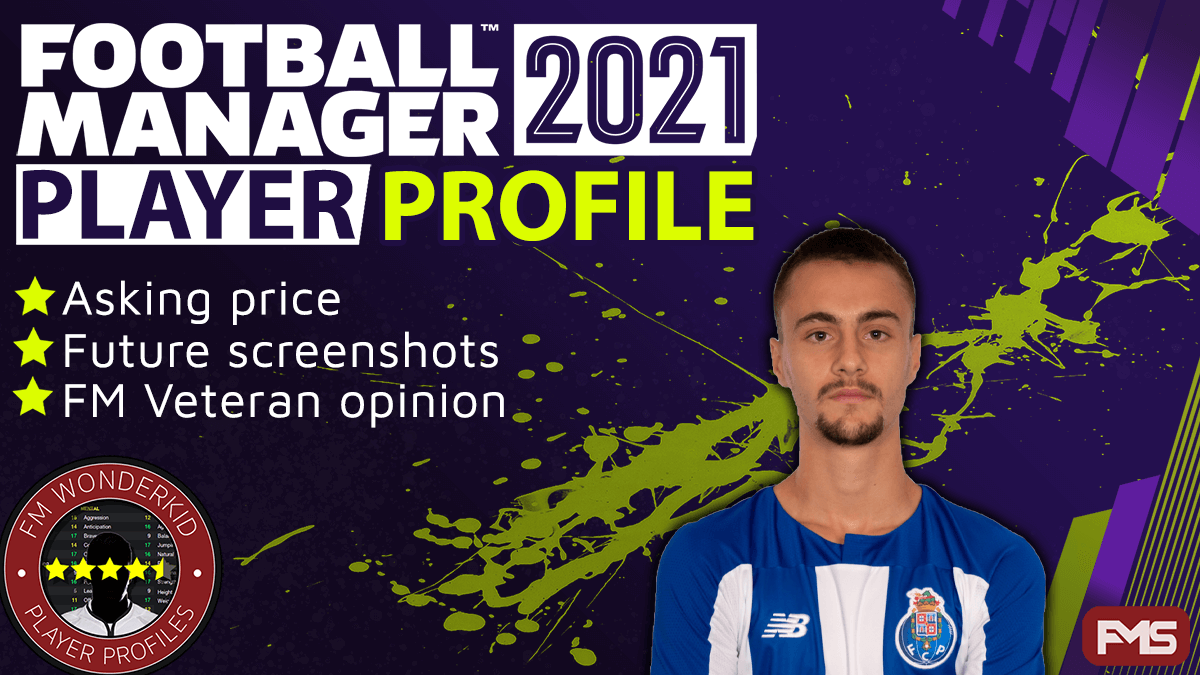 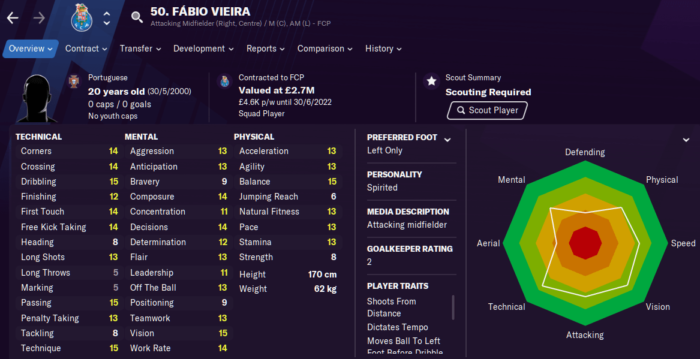 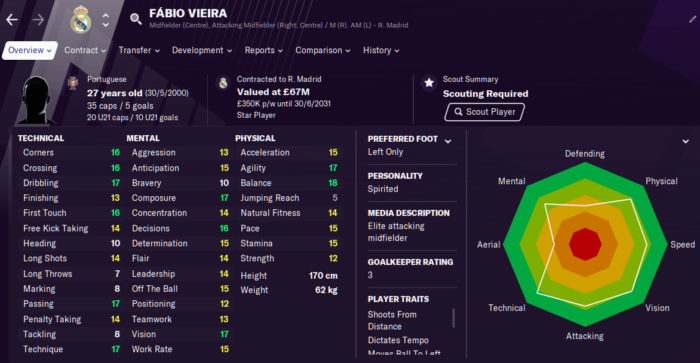 Fabio Vieira is a guaranteed star best used from AMC as Advanced Playmaker or cutting inside from AMR. High current ability should see him walk into most first team XI’s and that high flexible potential can lead to elite growth with a Spirited personality.

Fabio became a monster Inside Forward in our test save moving to Real Madrid for £73 million. Vieira scored 46 goals, assisting 46 from 158 games in La Liga which is insane. He developed 17 and above for balance, agility, technique, passing, dribbling, vision and composure. The kid is a creative genius sat on calm shoulders.

FC Porto are reluctant to sell but will accept £27.5 million, a fee I’d pay should his flexible potential reach the higher end. Vieira has such well rounded attributes from physical to mental and technical he really could be developed in any direction.