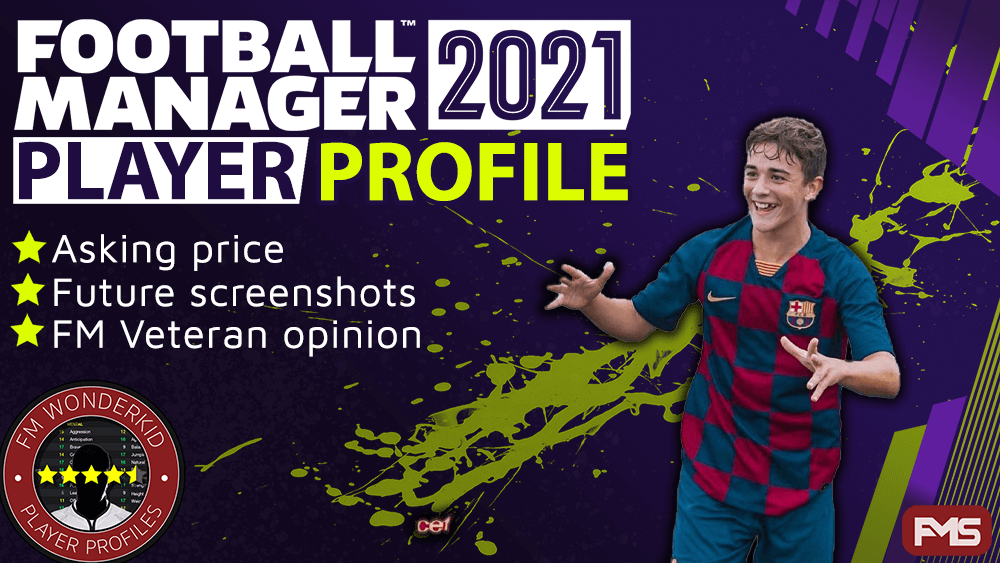 Gavi is a 15 year old La Masia graduate, who recently made his full Spain debut in the Nations League.

Capable from MC or AMC, Gavi has great creativity and ability on the ball. By 2031 his dribbling, technique and vision reach 15, and this is without too much first-team football. Gavi is composed, makes good decisions and could even develop an eye for goal.

A failed loan spell to Villarreal would have stumped his development and with most of his football played for Barcelona B, it feels like he is far from meeting his full potential.

It wasn’t until 2028 when he made the move to Wolfsburg for 2.1 million where he got his big opportunity. Finishing his second season with seven goals and 11 assists.

In any other save, he either needs to play for Barcelona quicker, or make a move to somewhere he is going to gain playing time sooner.