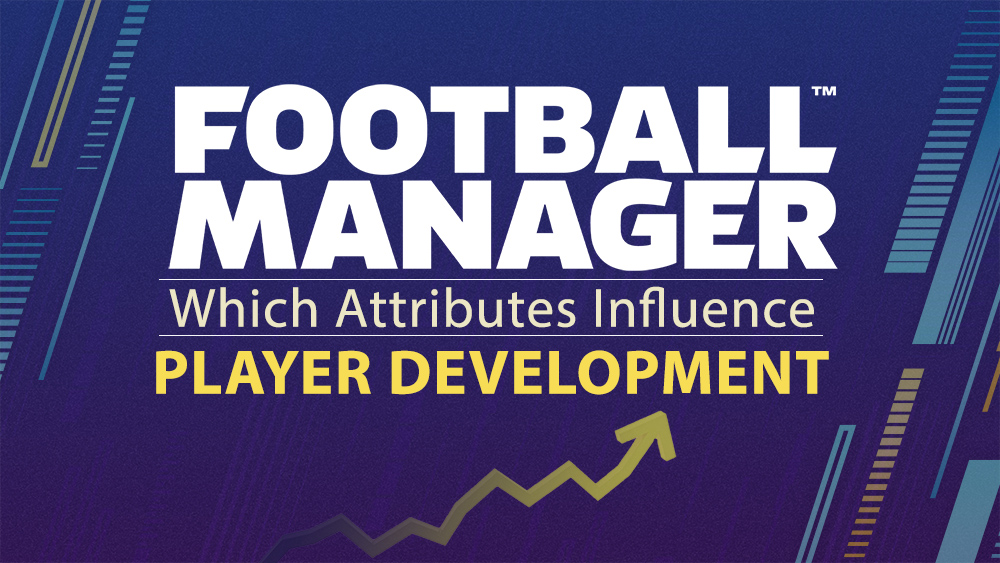 One question has plagued the FM community for over a decade, one question we hope to answer today…which attributes influence player development in Football Manager?

I have scoured every forum dating back to 2010, studied in depth experiments and questioned the experts. Contradictions, myths and a lack of clarity have made finding answers almost impossible, but I now have all the information to present.

Every player has a current ability which can increase or decrease over time, this rating forms the profile you see in game. Potential ability dictates the maximum possible level (current ability) a player can reach, this is fixed. Both are a numerical rating from 0 to 200.

However, many factors determine a player reaching their maximum potential; Training, playing time, age, personality, hidden attributes to name but a few. Todays focus is on which attributes influence player development in Football Manager.

We shall debate (and trust me it is a debate!) which attributes instigate growth in a second, but lets begin with a little lesson on attribute weight. MikaelinhoFM recently shared a cracking piece on the concepts of CA and PA. This included a visual presentation of each attributes contribution to current ability. Not every attribute is equal, ‘Acceleration’ for instance takes up more CA than ‘Balance’. Here is a snippet from MikaelinhoFM’s article:

Even though you might struggle to read this table, you can at least see that the different attributes’ contribution towards CA are very varied, both compared to each other, but also depending on position. If we break it down into each position the following attributes raise CA the most, ie they come in the biggest CA boxes to your PA storage space:

Why is this important? While not every attribute influences overall growth, every attribute could have a direct impact on its compatriot. Usain Bolt will naturally have a lower ceiling in technical ability because his exceptional speed demands more of his current ability. Likewise being proficient with both feet pays a handsome sum.

My research began in the present and goes back as far as 2010. Lets begin with the latter, around the time of FM11 Shrewnaldo published an experiment on how determination affects player development in Football Manager, you can read about his findings here but the below graphic summarises. 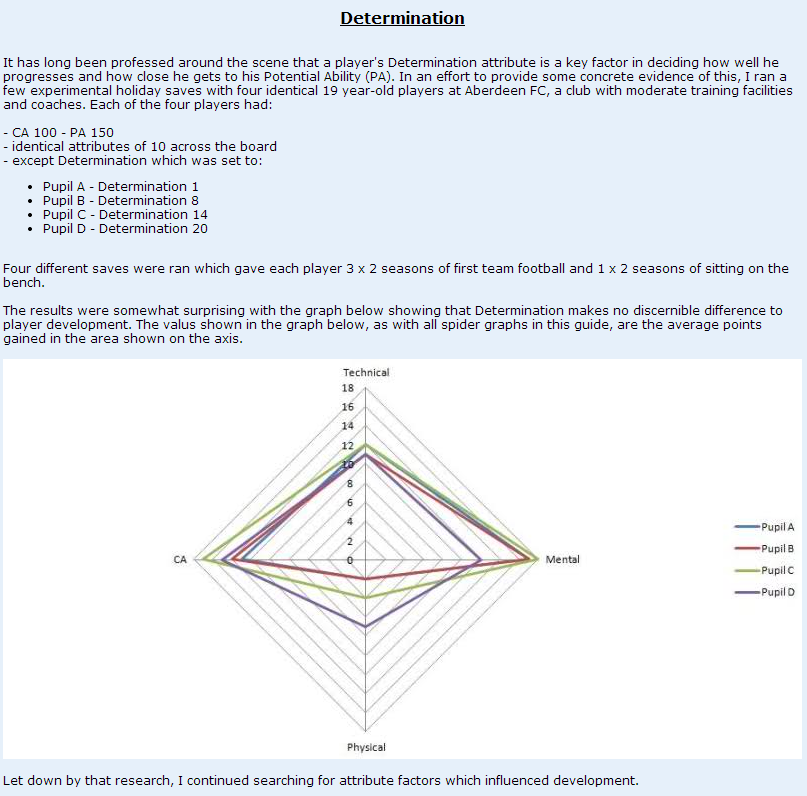 This spider graph clearly shows consistent growth across all attributes with the rise in professionalism. Note how sporadic the determination test seems in comparison.

Other reputable experiments had similar findings. One such test – analysed by Maestro Ugo on the Dugout – sampled over 200 years worth of data! Each experiment found the below attributes to have a significant affect, although to varying degrees, on player development in Football Manager.

In conclusion; early experiments agreed Determination has no discernible effect on development, but disagreed on which of the three attributes above had the greatest impact.