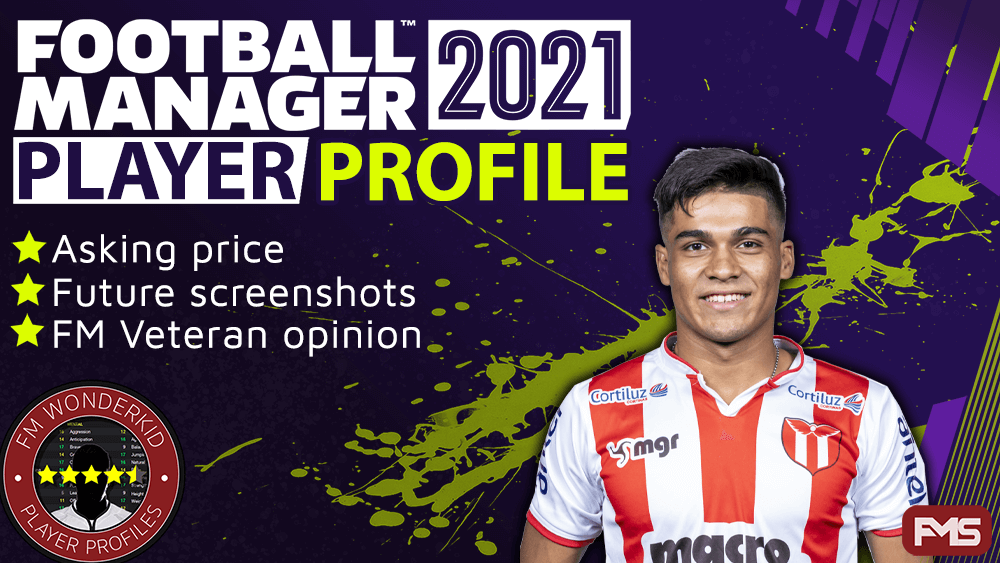 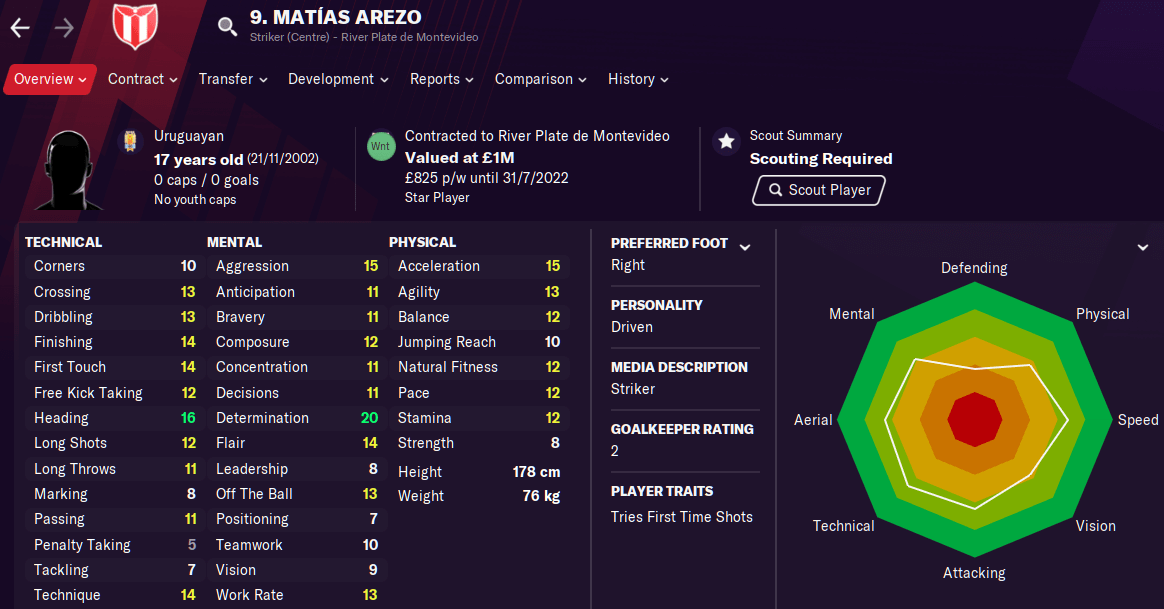 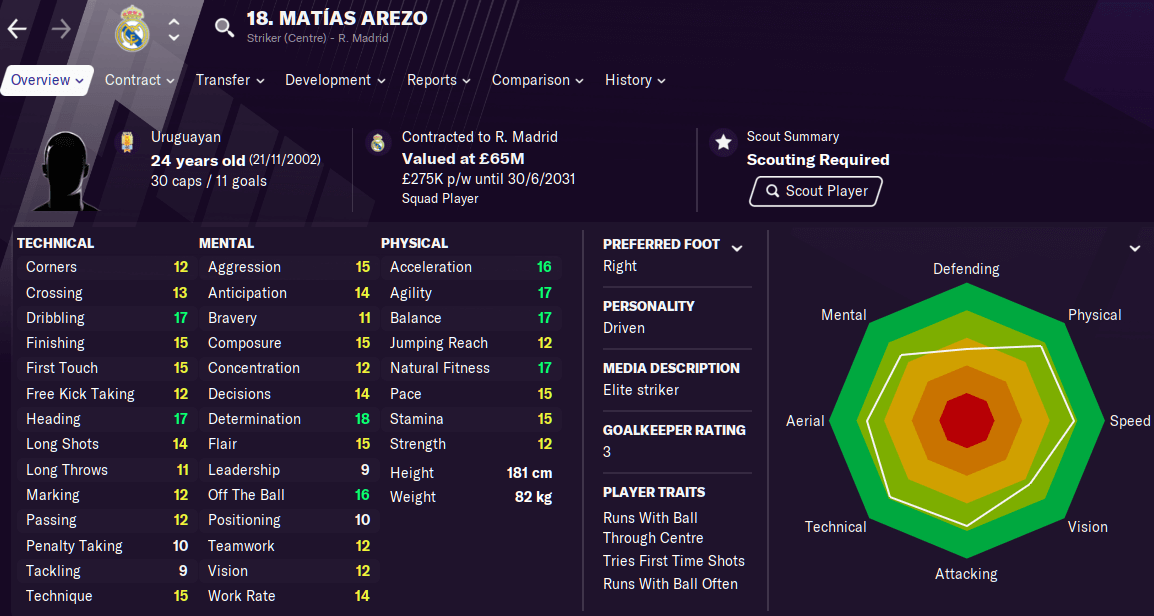 He’s baaack…Matias Arezo returns to the fold for FM 2021, bigger and better than ever. The 17 year old may be slightly dearer than before at £1.5 million, but his current ability has increased also. Arezo will get a work permit on appeal before joining in the January transfer window. For those rocking the Premier League six months is no time to wait for a striker with this potential.

Matias developed 16 and above for pace, acceleration, balance and agility in my test save. Best used as an advanced forward you could also utilise the false nine and deep lying roles as with Gnonto. This kid can dribble with good technique, movement and a surprising ability to head the ball or shoot from range.

Arezo is an aggressive skill player capable of putting a shift in and my all round striker of the game. When given a chance in my test save he averaged well over 7.3 and scored 77 from 171 games. Considering he’s just 24 years of age in 2027 and used in rotation for Real Madrid I think he’s got more growth to come.

My favourite FM20 player! Carried my Gornik Zabrze save and became a club legend

Yes I was delighted to see him get a CA upgrade too.