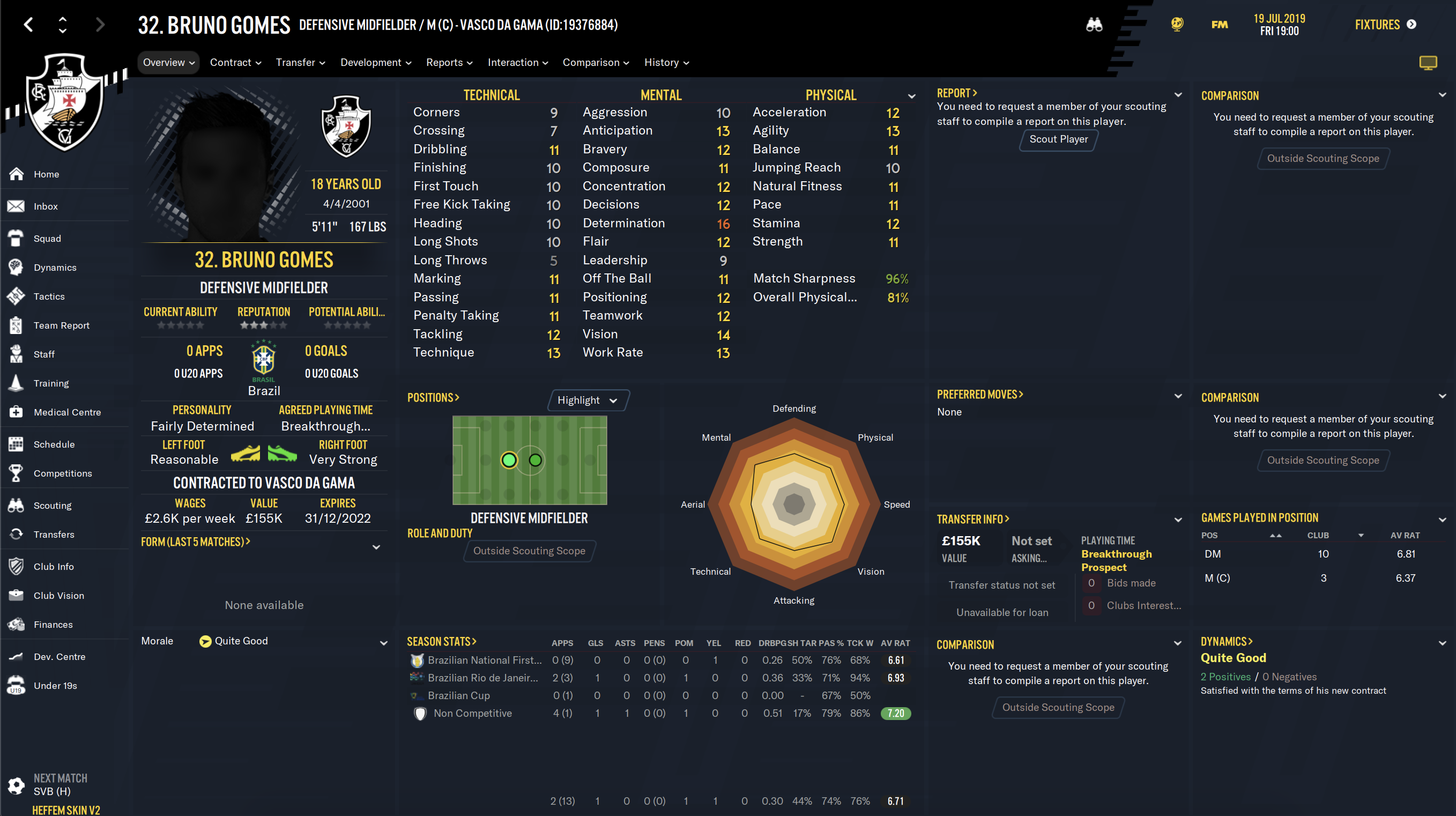 Bruno Gomes is a solid defensive midfielder currently playing in Brazil for Vasco da Gama. He made 9 first team appearances this season in real life, earning himself a current ability of 102 and a solid potential range of 130-160. Due to his well-roundedness, I’d imagine he could fill in anywhere in your midfield comfortably. His release clause isn’t bad either! 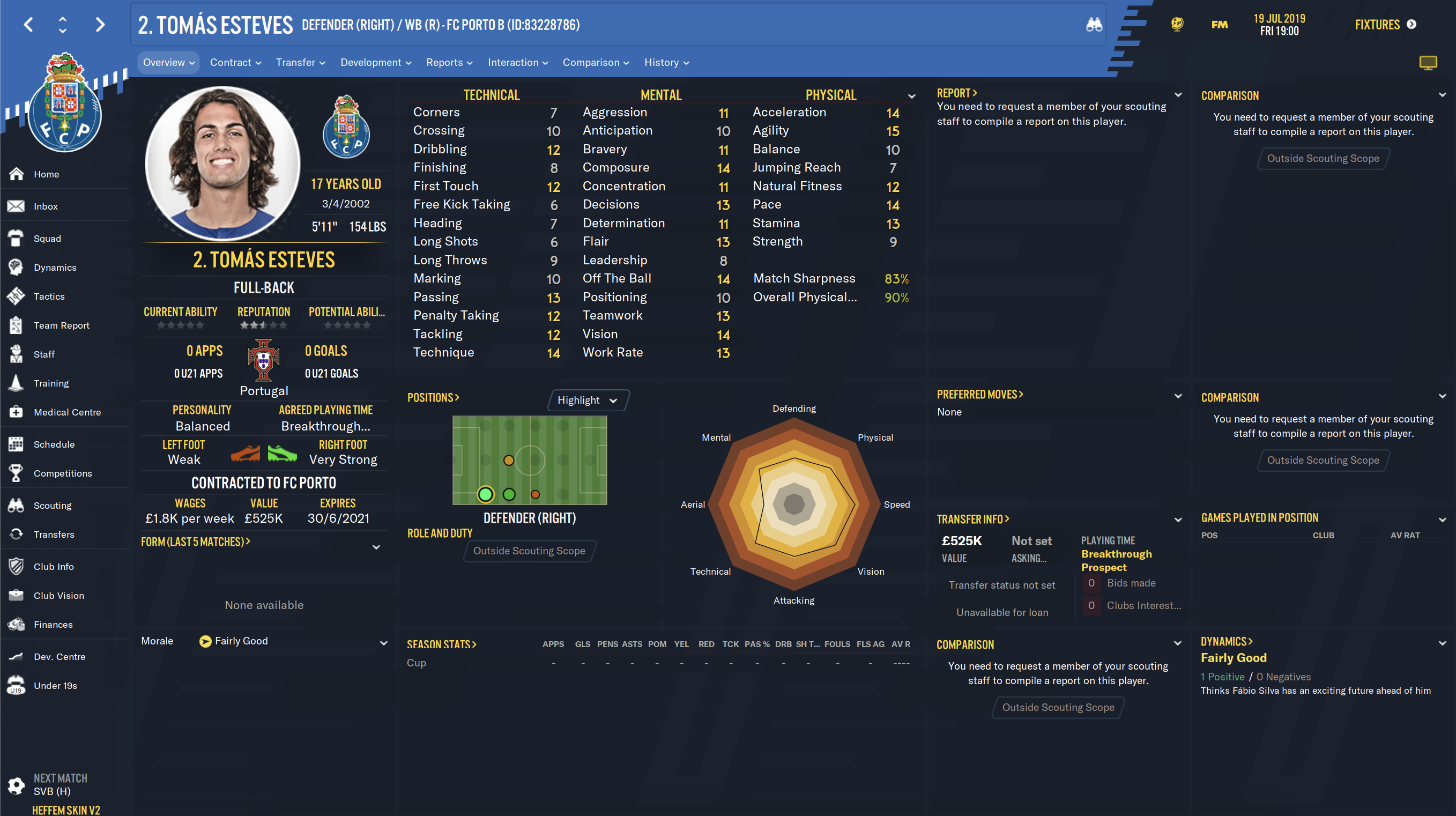 Tomás Esteves is a gifted passer of the ball, perhaps enough to even retrain as a central midfielder down the road. However, his impressive pace means he is highly effective as a right back and with a potential of 130-160, you can be sure you’re getting a solid deal for his relatively steep £8.5 million release clause. 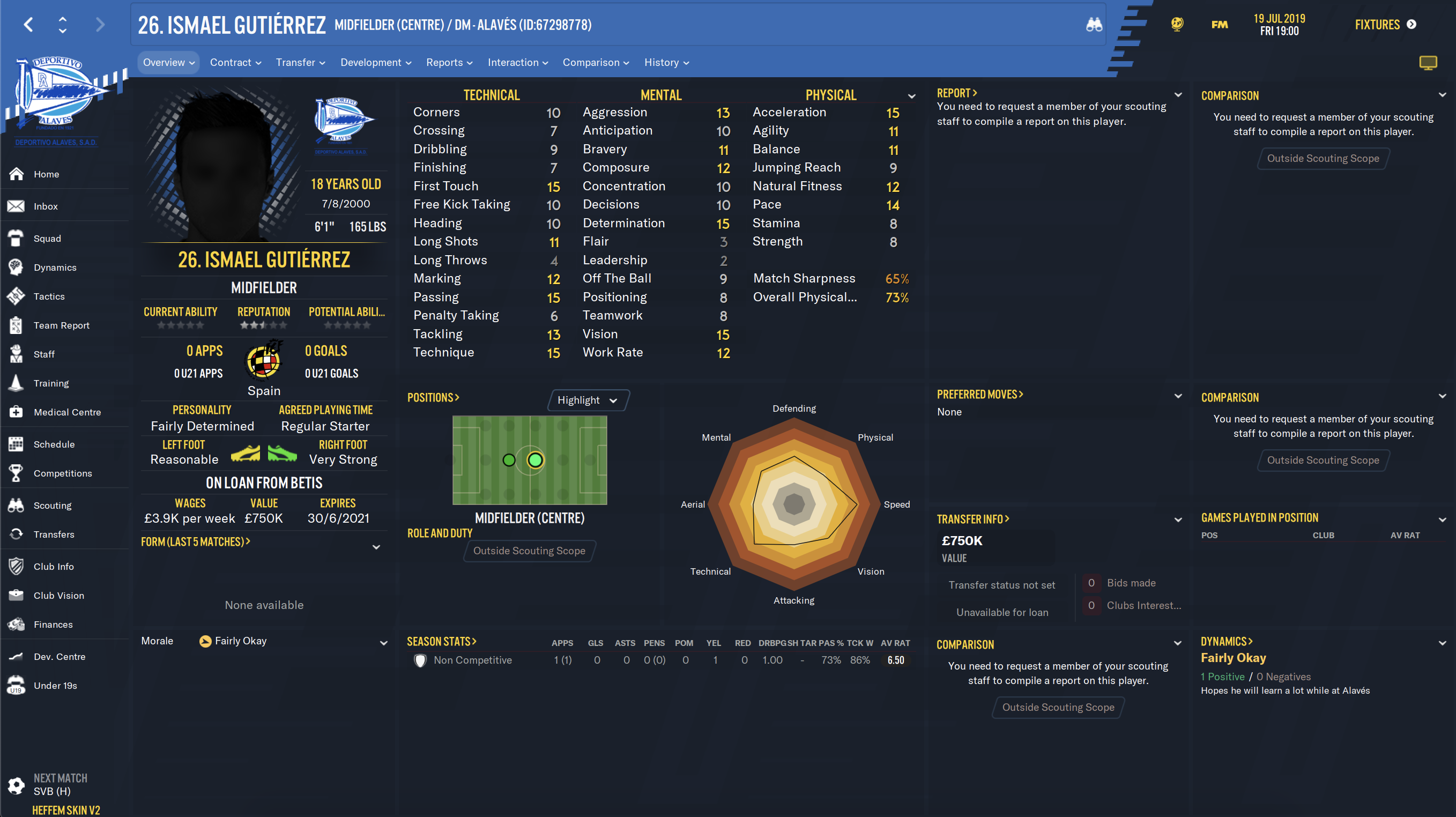 Ismael Gutiérrez is a very technically gifted central midfielder, with great vision, passing, and technique attributes. He’s got a decent potential range of 130-160 and for just £1.9 million I’d say he’d be an intelligent signing.