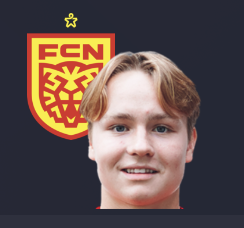 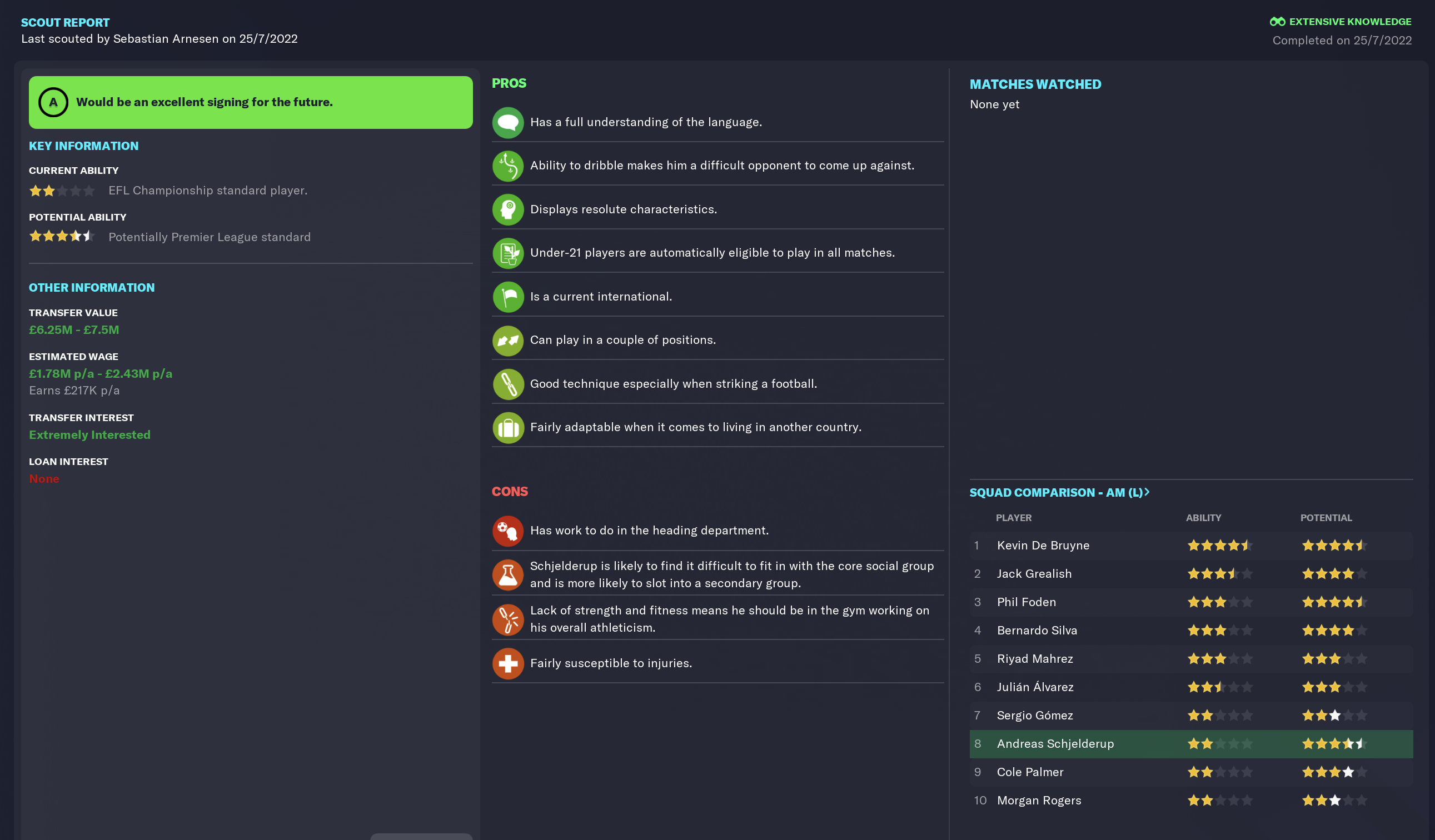 Andreas Agent Demand to Man City at the Save Start 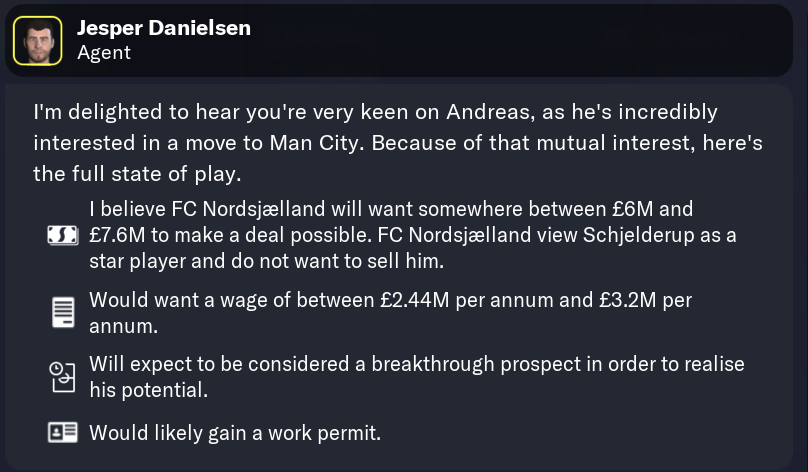 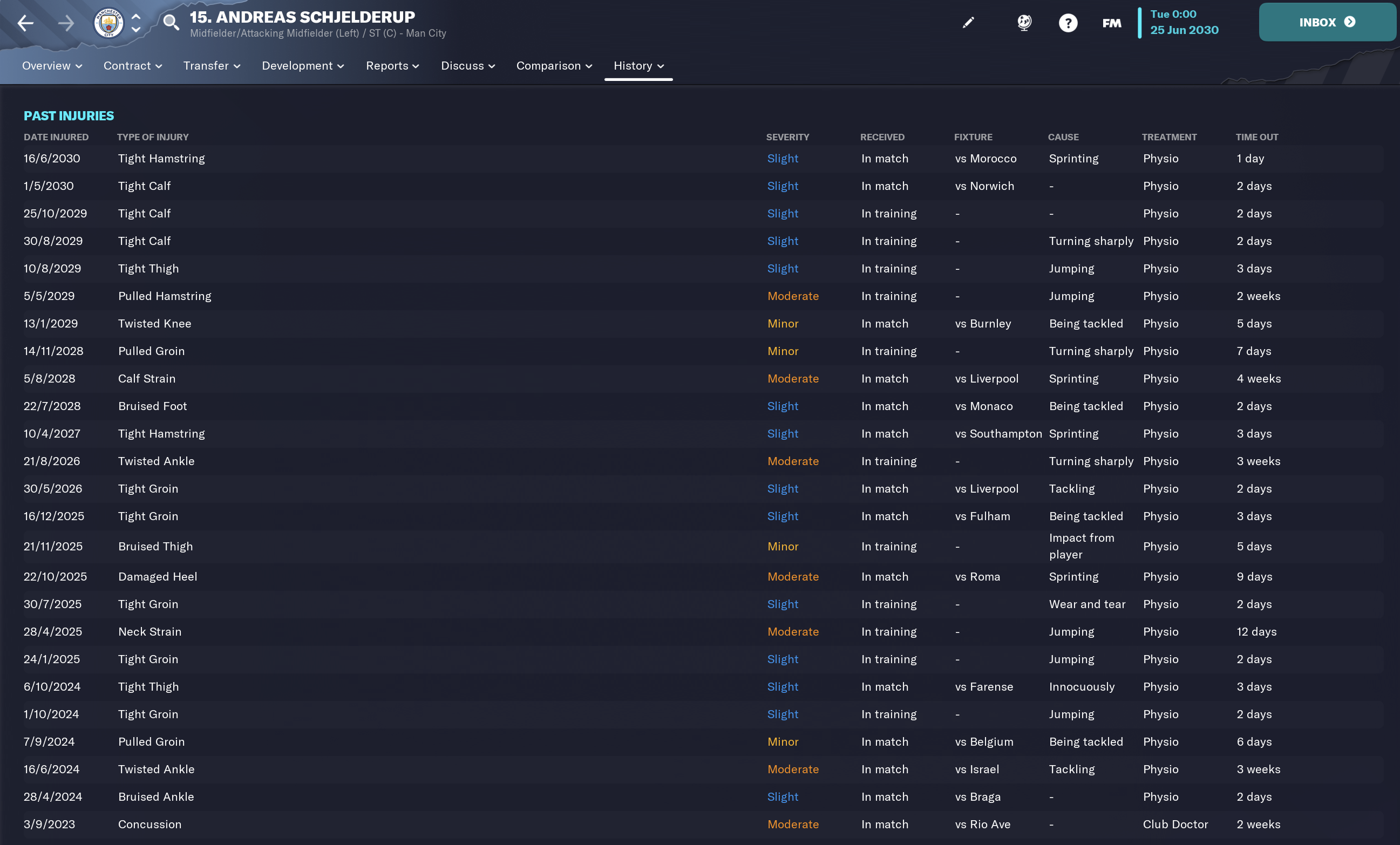 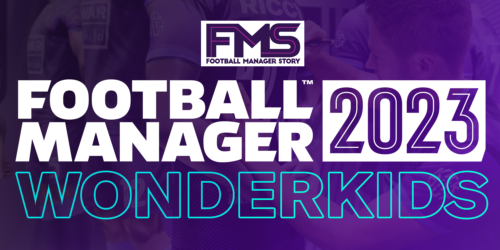 I think this must be one of the best cheap FM 23 wonderkids, as he has Championship current ability at the beginning of the game, and the potential to become an elite player.

As he is eighteen years old he could also become a home trained player after three seasons at the club, in the case that you are managing an European team playing continental competitions.

I would train him to become a versatile player, who can perform as a winger, an attacking midfielder and a striker/forward.

Andreas got a weak physical attribute, his lack of stamina, which you should train to make it improve, another attribute to train should be his strength.

The 2022 Manchester City scout report  there is a concern regarding Schjelderup’s tendency to get injured, but in my save as shown in the screen shoot, he never got a serious injure into the year 2030.

In my game, after 3 seasons in Danish Nordsjaelland, Andreas moved to Portuguese team Sporting Lisboa for 6.5 million gbp. Three seasons later, Manchester City payed 39 million gbp where he has played six seasons so far as a squad player.

Note that during his career he never played more than twenty nine games during one season. Most of them he only played around twenty per year.

With good current ability and elite potential you could trainhim into a versatile forward, becoming a home grown asset.

You will just have to check on his stamina and strength to develope properly.