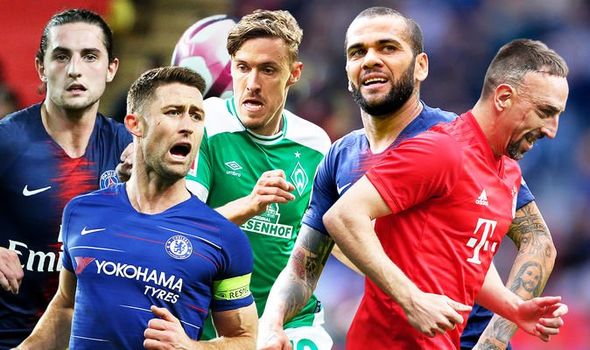 Football Manager 2020 is nearing its release and we look at some of the best free agents that can be signed at the start of the game.

Several international stars were out of contract this summer and here at Football Manager Story, we have picked out the five best options that can transform your squad with very little investment.

The former Tottenham keeper can be snapped up for free at the start of your save. He has all the tools to turn out to be a brilliant investment for any side.

He is good enough to start for most midtable teams and the chance to sign him for free is too good to turn down.

Another striker who can be a handful on his day.

Bony’s career nose-dived after his Swansea exit but he should be a very handy option for any team looking for a quality back up striker.

The former Premier League ace has good technique and presence. He will add a new dimension to a team’s attack.

The Frenchman could be a world-class player on his day and he would be a good squad player on a free.

His immense technical ability still makes him a valuable option off the bench.

The former Real Madrid full-back will be available for free at the start of the game and he is still good enough to start for quality midtable sides.

He will add a new dimension to the team’s style of play and he can be very useful as a game-changer too.

The former Juventus ace is not past his peak yet and he could be a superb addition on a free transfer. He could be the team’s midfield engine for the next few years.

Marchisio is good enough to play at the highest level and he should be a good signing even for teams looking to do well in the elite European competitions.