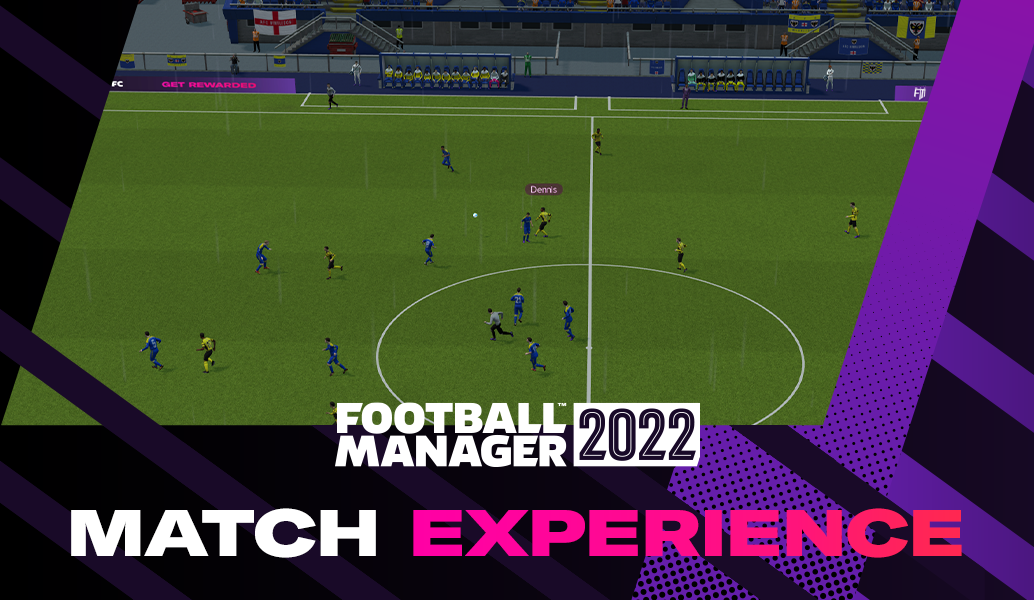 Say it along with me, we’re getting a New Match Engine in FM22. A. NEW. MATCH. ENGINE.

All other announcements, like the transfer deadline day upgrade, new staff meetings and even the Data Hub, are lovely. Yet, when you are logging hundreds of hours, the most time you are going to spend on Football Manager is playing games.

What Sports Interactive achieved at the start of the pandemic in 2020 was incredible. They released a new game, made changes to help playing with a No.10 and produced a very good game.

The original announcement from Match Director, Nic Madden, in the features video possibly surprised everyone.

It seems that in every new version of FM, the added movement animations were simply added to the already existing Match Engine. Which then became a problem as it was only created for 2D, hence the issues they had with the way it looked.

Now we have a brand new animation engine in FM22. This has been built off 3D models, more akin to the motion capture figures you will be used to with games like FIFA.

Players can now move freely off those previous ‘discs’ to allow themselves more flexibility, better movement and improved motion.

In FM22, we are being told the impact of these changes will be felt instantly. The sliding before controlling the ball has gone.

How often have you seen this situation? A winger, either yours or the opposition, run into the box, stop, wait and then get fouled or just do nothing. Fun, right?

“You’ll notice in FM22 that players now take much more varied and definitive touches on the ball and, thanks to the new animation engine, have a much broader range of options available to them when they are dribbling.”

It seems players poor decision making on the wing was tied to the 2D disc. Now we are being promised pivoting and better decision making, even if it is just turning around and playing the ball backwards.

Work has been done to improve AI decision making. Increased awareness, a desire to maintain possession rather than just give it away.

Something which seems underrated is the mention in the increase in using the improvement in AI to also simulate inaccuracies.

Stamina, too much pressing and a lack of condition will affect the quality of a player’s first touch and passing ability, just as it would in real life.

There’s even been the mention of receiving the ball on the half turn. The game is never going to look like FIFA, but just the mention of these little elements is enough to get the creative juices flowing for the new game.