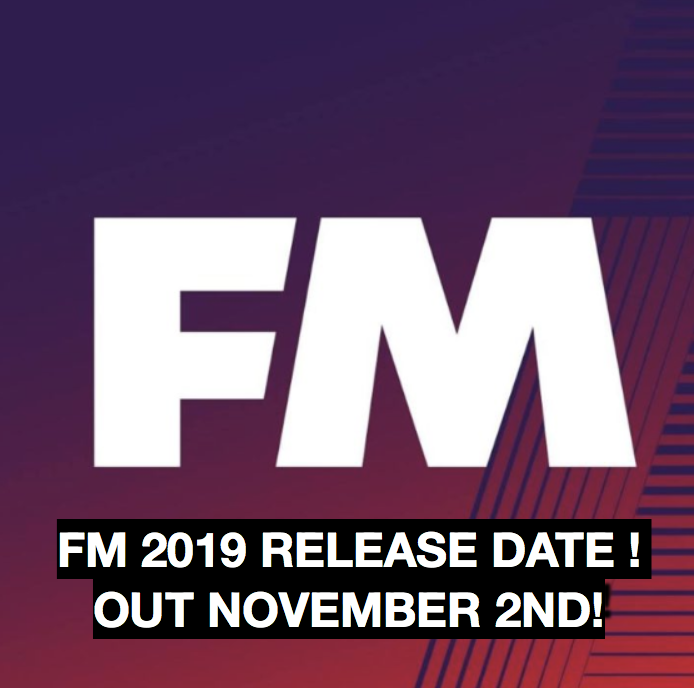 FM 2019 Release Date Football Manager 19 is out on November 2nd!

Finally Football Manager’s new version is on the way, after an thrilling World Cup and with lots of big moves during the last transfer market, the FM 2019 release date was announced for November.  This new edition is called to be one of the best on the football manager simulation game history with lots of improvements and the best ever 3d engine.

With a new logo and new branding the new version of the football manager game says goodbye to the man manager logo that has been the cover of the game for more than a decade since the  Football Manager series started(before was Championship Manager in our own consideration). The Beta version of FM 19 will be available approximately two weeks before the fm 19 release date on November 2nd for those that pre-purchase the game from participating digital retailers to test the Football Manager 2019 wonderkids.

Though officially nothing has been announced, we’ve heard in several youtube channels that the training section of the game is the one to be updated.

For sure we can expect the VAR to be used in important cups and leagues after being so relevant in the World Cup in Russia.

For this version of FM 19, Sports Interactive developers have managed  to get the license to use the German Bundesliga real names, this is great, hope the Brazilian and Spanish follows up next.

It’s playable on macOS as well. Specifications as follows:

To suggest for any feature suggestions you may have for future games, or questions about the game please ask/post at http://community.sigames.com  You can also get tech support from help@sega.co.uk