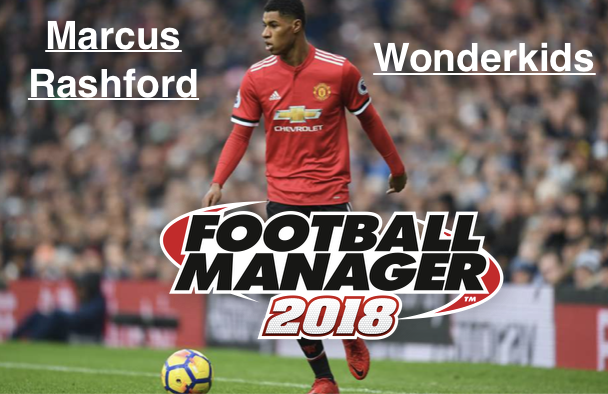 Previously scouted by us in FM 2016

Marcus Rashford pros and cons scouted by Man City in 2023 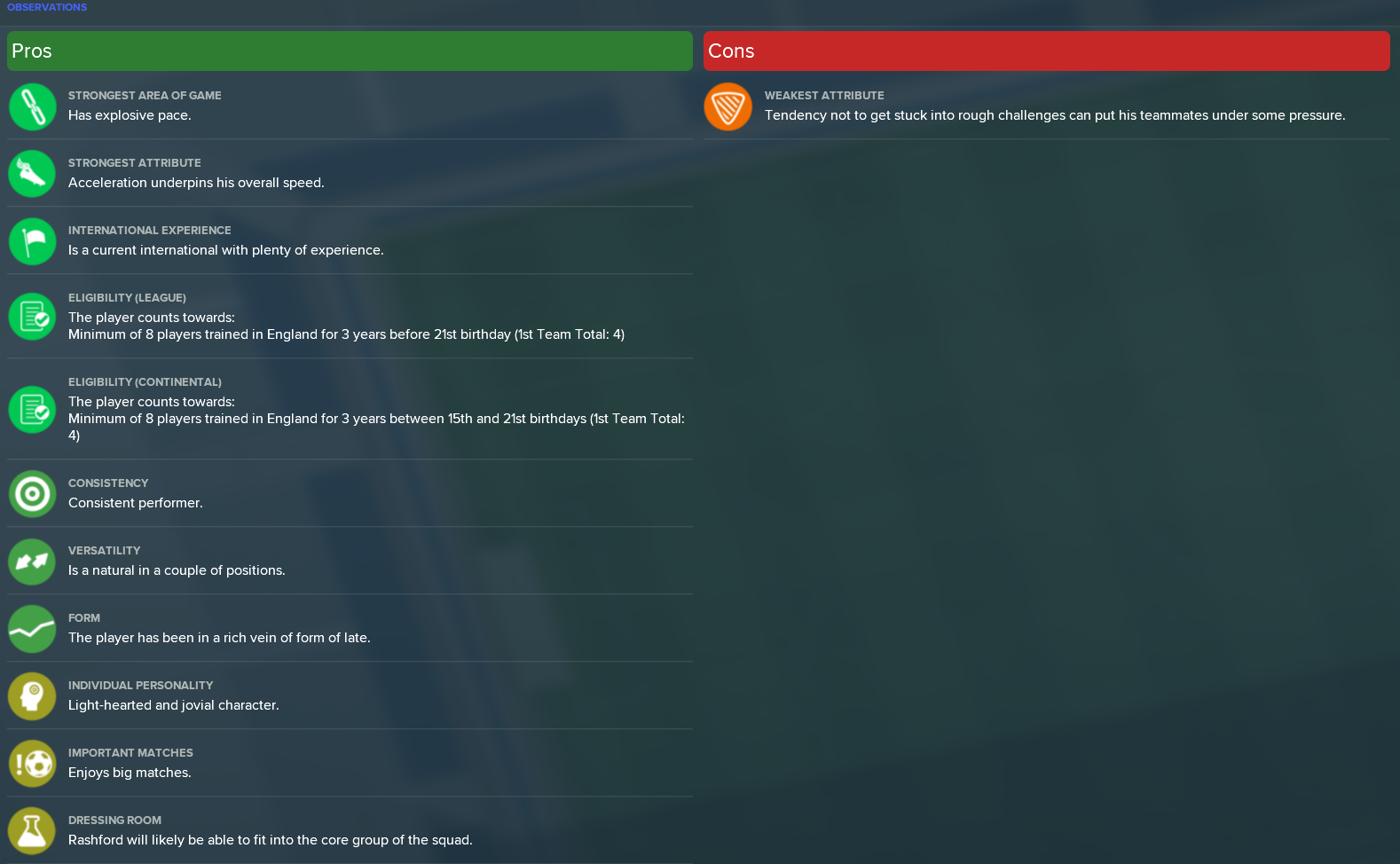 The FM 2018 player profile of Marcus Rashford shows a very talented young forward,  with good enough potential to make it to the top. Manchester United would let him go at the start of the game for 85  million pounds,  as he can go to the first squad of any first top flight team in the word despise his young age of nineteen years old.

In our save, wonderkid Rashford, after several seasons as a first team regular at Manchester United,  moved on a free transfer to Chelsea, where he continued to shine, scoring, assisting and always finishing every season with an overall rating over seven!

With outstanding physical attributes, he can turn into an amazing explosive striker, or due to his great skills, flair, first touch, dribbling and off the ball attributes, the inside forward you may need for that  4-2-3-1 classic tactic.

It also must be noted that at the age of 25 he was 76 times international for England scoring 48 goals.