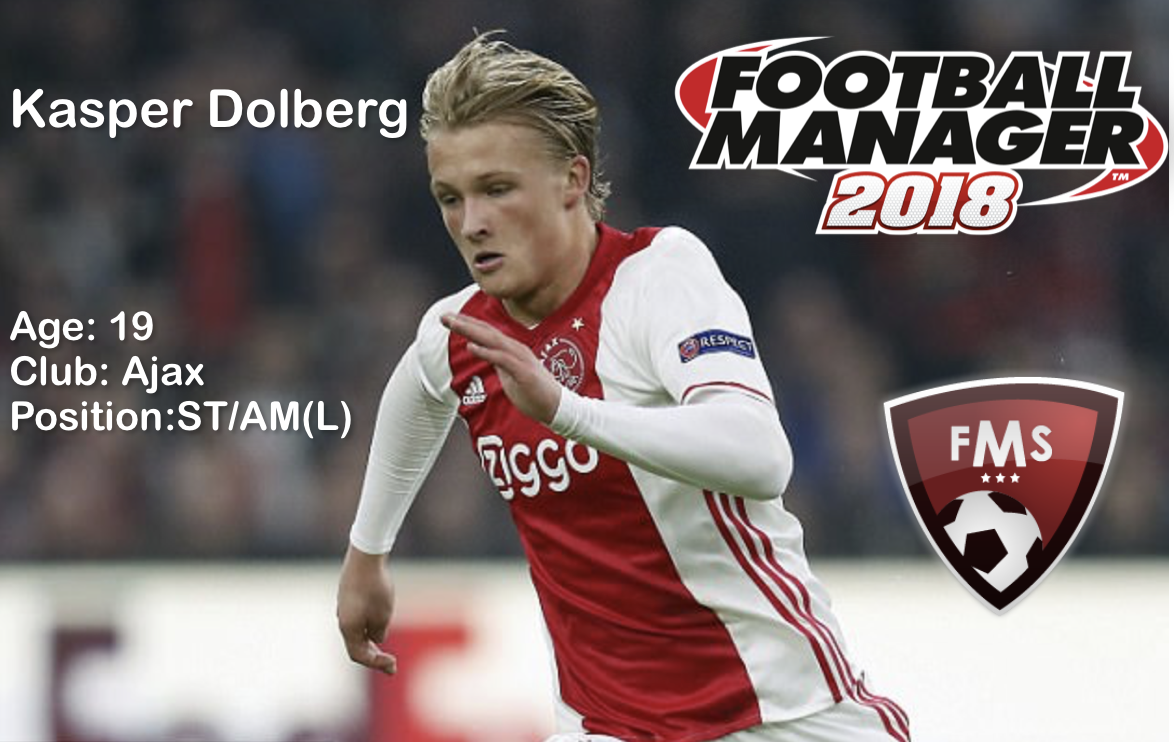 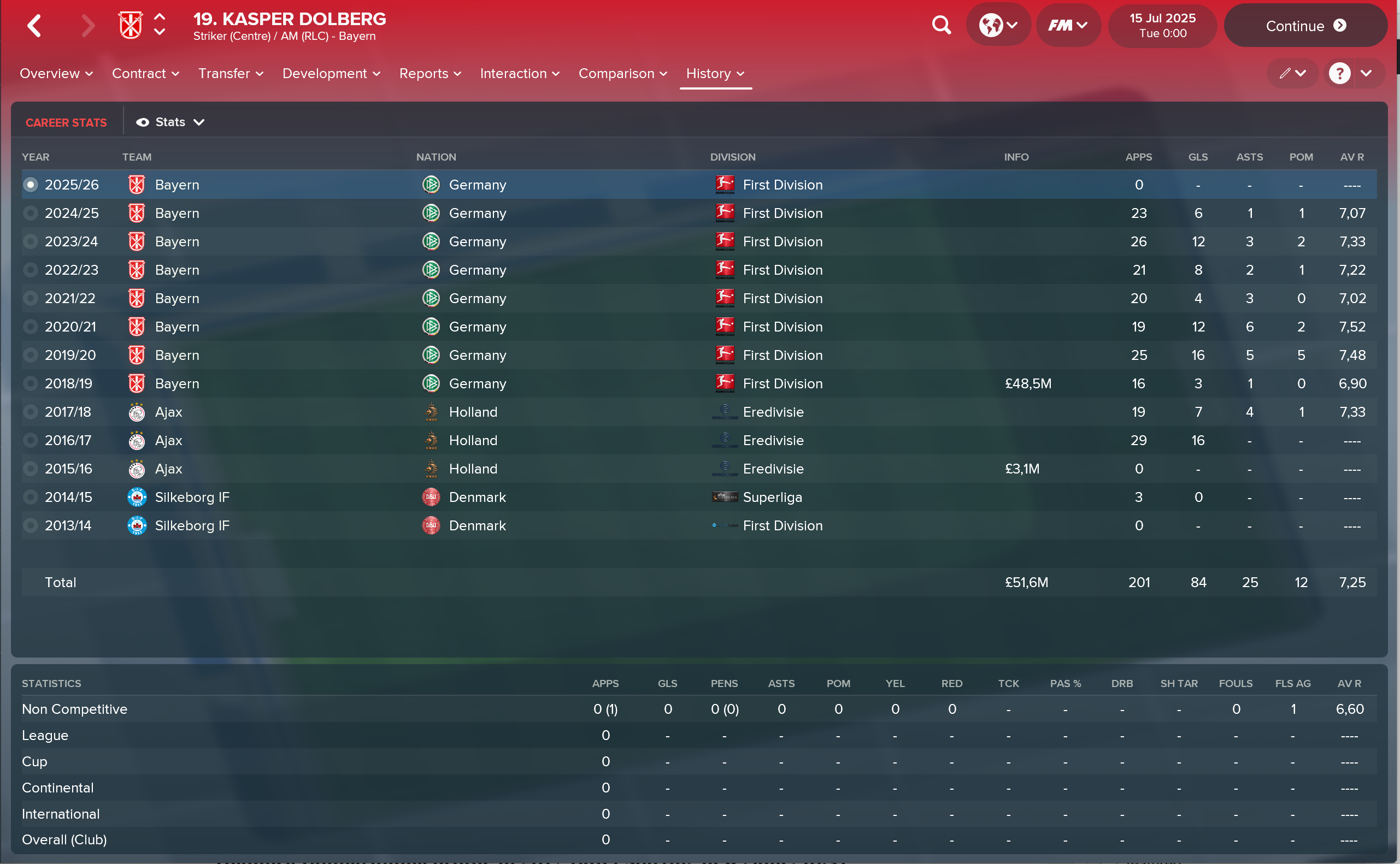 The FM 18 player profile of Kasper Dolberg shows a wonderkid  developed enough to be part of any main squad in the world. With a resillient and determined personality it is hard to believe that Ajax will let him go at the beginning of the game(as it does) for just 27M GBP when he still got lots of potential to evolve.

In our save this FM 18 wonderkid moved very young to Germany to play at Bayern Munich were in no time he became a world class elite striker since he finds it very easy to adapt to live in any country. With great physical attributes, the former player of Silkeborg enjoys the big matches and at the age of 27 was capped 86 time for Denmark scoring 53 times.

Dolberg is also a very versatile player, capable of playing in different attacking positions and roles.

Did this player develop better in your FM 2018 save? Share a screenshot of his future profile with us by uploading the file below! (please include your name/nickname in the file name)