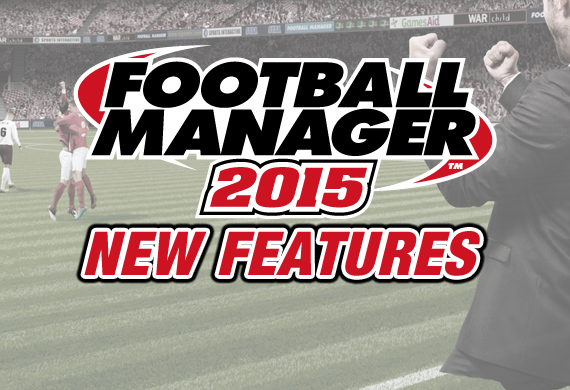 The release date for FM 2015 is November 7th and the FM 2015 new features will have just been revealed! Read all about them and if you are impressed, as you should be, remember that you can pre-order the game from us and get a nifty discount, plus the possibility to play the game (Beta version) two weeks before release date.

Below you will find all the FM 2015 new features that were revealed by Miles Jacobson on October 7th.

Below you can watch Miles Jacobson giving you extra details about all those new features:

Check out the FM Classic new features video below:

On October 25th Miles Jacobson revealed that FM 2015 will feature Twitch integration, that means you will be able to broadcast to Twitch directly from the game! Moreover, voice chat and video will be integrated as well but not right away, those features will be added with post-release patches.

.@milesSI just exclusively revealed at #EGX that @Twitch will be integrated into #FM15! Voice chat and video to come in further patches. — Football Manager (@FootballManager) September 25, 2014

In case you are wondering what Twitch is, check out the live stream that Darren has set up in the FM 2014 days.

Just want to say it, the new format of this site and the commenting section is more cluttered and makes people less inclined to comment. I doubt it is doing too much for the view count this site gets either.

Thanks for the feedback, we’re always trying to improve things over here but obviously we can’t make everybody happy.