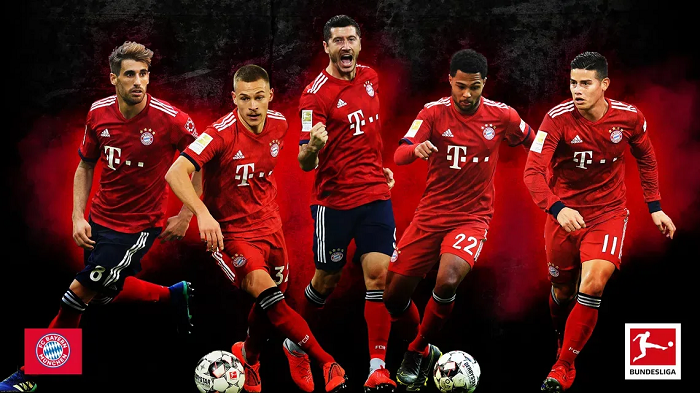 Good morning folks and welcome to a new segment on FMS; Football predictions. Like any FM fan I love analysing stats and this extends to the weekends Football.

Each week I will post a daily double, treble or acca and share my thoughts and analysis leading to each prediction. With the Premier League set to return on Wednesday La Liga and Bundesliga predictions will have to suffice this week I am afraid.

In celebration of the new segment, we’re giving away a FREE copy of Football Manager 2021 to anyone who can guess the exact scorelines of each Bundesliga fixture below. To enter simply submit your scoreline predictions in the comments section:

The prize will be supplied on release as an activation code. Right, onto the Bundesliga predictions for matchday 31 and with minimal fixtures to choose from, a weekend double.

My game of the day pits in-form Bayern Munich against out of sorts Monchengladbach, as the league leaders look to extend a 12 game winning run.

Despite an early challenge on the top four Gladbach have faltered of late picking up just 4 points from their last three games.

Bayern look invincible at present beating 2nd placed Dortmund 1-0 and Leverkusen 4-2 away from home. Flick’s free-scoring team have averaged 3.2 goals per game at the Allianz Arena this season.

The Bundesliga is known for goals; Bayern have scored the most from Europe’s elite averaging 3 goals per game while Borussia sit 11th averaging 1.9. The previous six encounters between both teams averaged a whopping 4.5 goals.

A Bayern win and over 2.5 goals is decent value with Bet365.

Hertha Berlin sit 3 points above mid-table rivals Frankfurt and with both teams hitting inconsistent form I anticipate a tight affair.

The Berlin club have scored 6 in their last two home games and conceded 10 in three against better opposition so I expect them to concede against a resilient Eintracht side.

Frankfurt have scored in every away game since May including two against Bayern and three vs relegation threatened Werder Bremen.

Since the season resumed Frankfurt have averaged 2 goals per game away from home, while Hertha scored an impressive 3 in Berlin, so I am backing both teams to score.

What are you backing in tomorrows Football guys? Don’t forget to share your predictions and enter the Football Manager 2021 competition.