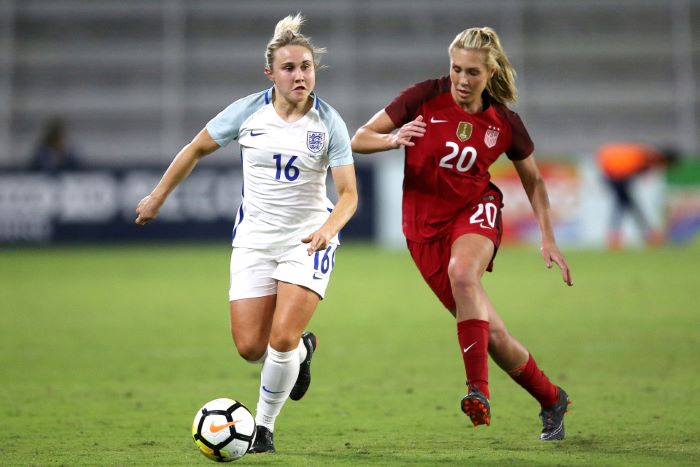 In a bid to support female football in the country, the Japanese Football Association has unveiled its plans to launch the country’s first professional soccer league for women.  According to the JFA, the new elite league for women will commence its operations next year, with the 2021/2022 season taking place between next year’s autumn and May 2022.

The new soccer league will go under the name Women Empowerment League, positioned above the current Nadeshiko League. That comes as part of an ongoing domestic restructure on the female game. However, the final composition of the new WE League will be confirmed in 2021, comprising of about six to ten teams

According to the JFA, over 50% of a team’s executives and staff must be female for the club to compete in the league. These clubs will compete in the traditional home-away game format, and there will be no relegation at the beginning. However, the JFA has revealed that they’ll continue promoting teams from the lower tiers for several years.

The JFA plans to launch the league shortly after the country’s women national team plays the soccer tournament during the Tokyo Olympic Games. Japan also plans to ramp its bid to stage the 2023 FIFA World Cup tournament for women before they can officially begin the league. The hosting nation will be announced on the 25th of this month, and if Japan is lucky enough, the WE League’s launch will happen in between two international sports events.

According to JFA president, Tashima Kohzo, the competition is set to encourage more women to take part in Japanese soccer. The league will also offer a platform for gender equality in football while creating more business opportunities.

While the announcement was made at a time of great distress, President Kohzo said that after serious deliberations, it’s the right time to move forward. President Kohzo also shared the intention to take advantage of this social change to strengthen the country’s national team – Nadeshiko Japan – and induce more female participation in football.

Announcing the development of the new league, Mr. Sasaki Norio said that the WE League is all about dreams and diversity through women’s football. Mr. Sasaki served as the head of the foundation that’s spearheading the launch of the new women league.

According to Mr. Sasaki, the WE League will allow women in Japanese society to play football professionally as a career. The organizers have also announced a set of interesting rules committed to making women shine and get more involved in the game like their male counterparts.

Japan is currently following in the footsteps of countries like Australia, who remain committed to ensure that women receive the same benefits as men in football. Last year, Australia announced equal pay for both their women and men’s national teams, only days before the Noth London women derby was attended by a record 38,000 fans. As such, Japan hopes to take women soccer to the next level, like many countries in the world are doing.