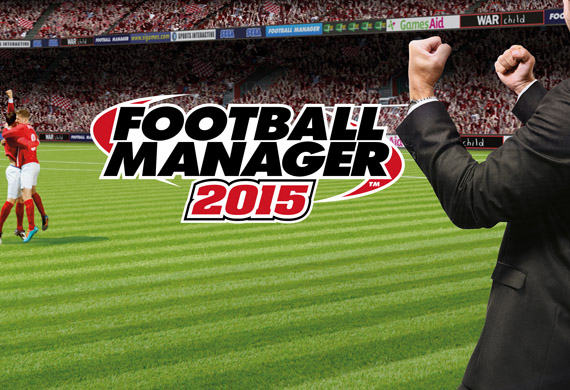 It’s official, Football Manager 2015‬ is coming in November and new features will be revealed in October!

You can sign up to the new loyalty scheme called inSIder before 1st September to get 10% off from the digital download at the SEGA Store. The same as last year anyone who pre-orders Football Manager 2015 will get early access to a fully-playable Beta version, available around two weeks before the official release date. Careers started in the Beta version can be continued in the full game. Really looking forward to FM 15. Thanks for the info….

Will it be on PSP?

I’m really looking forward to this now, I’m really excited. Hopefully I’ll be able to really get into a good save. I really like the red logo :D

Am seriously hoping it is an improvement on 13/14.. Worst edition over the 20 years of buying the game :/

Let’s be optimistic, things can only get better :)

Does anybody knows sys req for FM 15?

I wouldn’t have thought they’ll be too different from the FM14 requirements, if at all.

I think they will be more or less similar to FM 14, we’ll know in October.

Really can’t wait for this particularly as the wonderful people in this site allowed me to win it for free ;)

Really like the red logo
Somethings I’d like to see is sort of a better lead up to cup finals. Sort of like there’s the 24 hours in the last day of the transfer window. So there’d be interviews and questions about the cup itself and your chances and stuff like that. Also an actual cup presentation, i mean it would be a pretty simple thing to program into the 3D engine surely. So there’d be the stand and you’d see your captain lift a little trophy. A Small addition but it would make winning a competition that bit sweeter. Expand on the tactic instructions bit by adding some more perhaps.

Also some way to edit kits in game. I mean especially in long saves playing with the same away kit can become a little annoying particularly if you quite like the aesthetics of the game like I do.