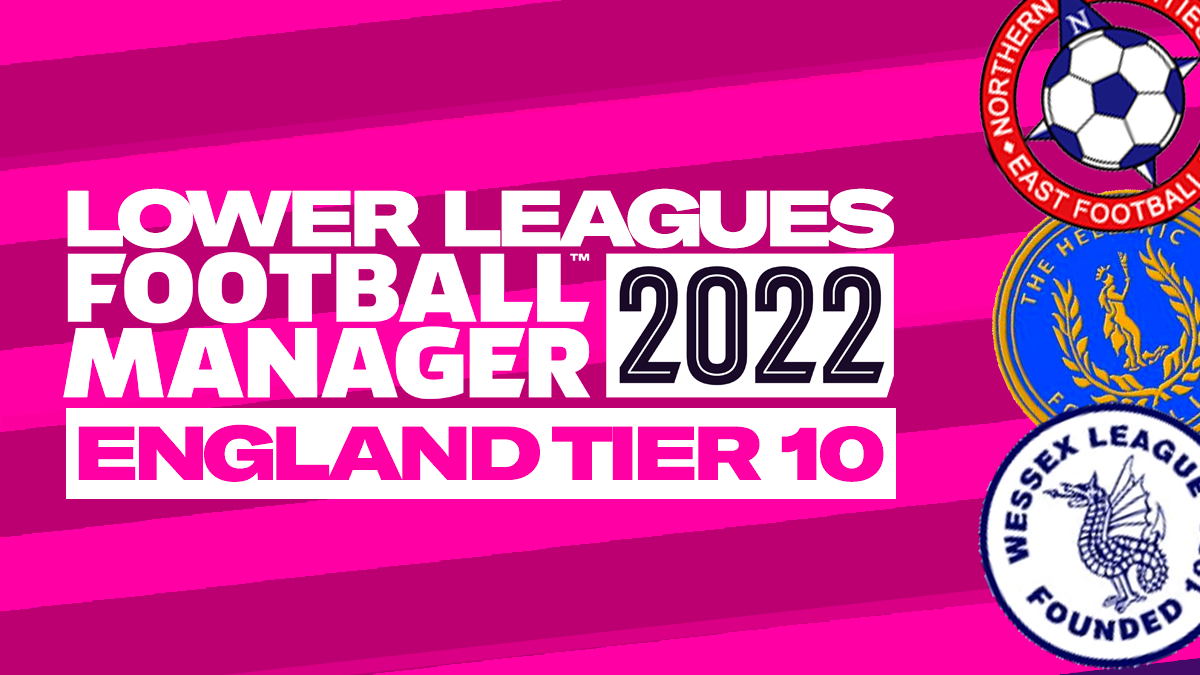 Unlock the lower leagues, all the way down to Level of the English pyramid with this FM22 English lower leagues database. Created by the amazing FMEditor for Football Manager 2022.

This database includes all cups and enables you to manage any club in the Football League pyramid down to Tier 10.

Everyone loves a true rags to riches story and now you get to delve four tiers lower than the normal database and start your Football Manager Story in the likes of the North West Counties League Division One North.

Teams down in Tier 10 consist of London Lions, Wormley Rovers, West Didsbury & Chorlton and FC Isle of Man. Giving you the opportunity to start a long term save unlike any other.

Take a team where it’s basically a handful of people and their dogs, all the way to a brand new stadium and the heights of the Premier League.

This England level 10 database for FM 2022 includes a real structure and full rules. You would need to win nine promotions to reach the Premier League promised land, certainly a challenge for the long term FM22 fan. Here is the Football Pyramid used and further down the download link.

Need a tactic to help you get out of the lower leagues? Every year we test countless tactics and review the very best. For FM22 these systems will be ranked and listed within our tactics index linked below.

Download the FM 2022 English lower leagues database by clicking the button below then follow the installation instructions:

Note: If you find any bugs please report to TheFMEditors Team (@TheFMEditor85) / Twitter

2. For Windows put the downloaded file in this folder: Documents/Sports Interactive/Football Manager 2021/editor data. If the “editor data” folder doesn’t exist you will have to create it. Windows users skip to step 2, Mac users read below.

3. Now load the game as normal and start a new career. Look to the top right & under ‘database’ select FMEditors Database

4. We recommend disabling ‘Do Not Add Key Staff’ and enable ‘Add Player To Playable Teams’ from the advanced options.

We hope you enjoy this FM 2022 English lower leagues database. Remember if you write about Football Manager and would like to share your tips and stories, get in touch.