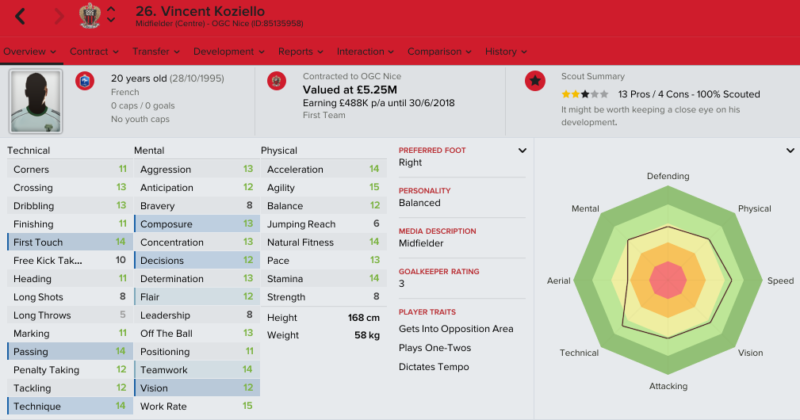 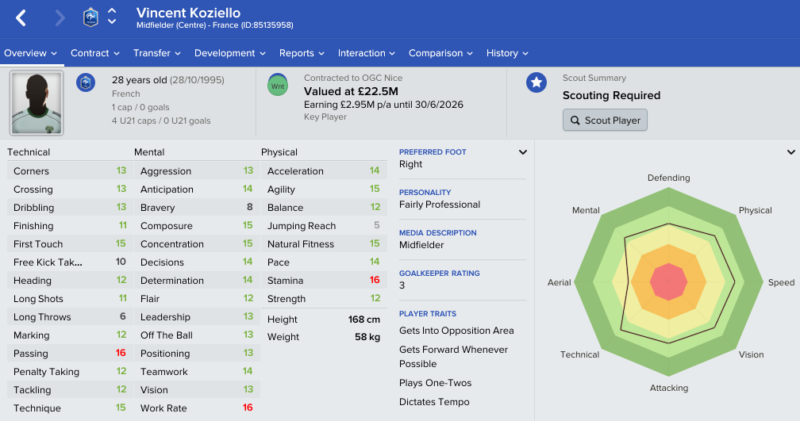 The FM 2017 player profile of Vincent Koziello shows a talented young playmaker, with solid attributes all-around and pretty good potential as well. Nice will try to keep him at the club because he is one of their best players, but I think they could be forced into accepting a lower fee if you put some pressure on them.

In my test save he remained at Nice until 2024, quite surprised to see that to be honest because he has enough quality to play at bigger clubs. He became the undisputed leader of the team, posting excellent average ratings and a steady stream of goals and assists every season. He also managed to break into the French national team.

His attributes are good all-around, exceptional only when it comes to passing and work rate but rock-solid overall. He is perfect for a playmaker role but he can also do the job of a box-to-box midfielder.