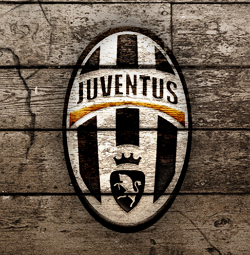 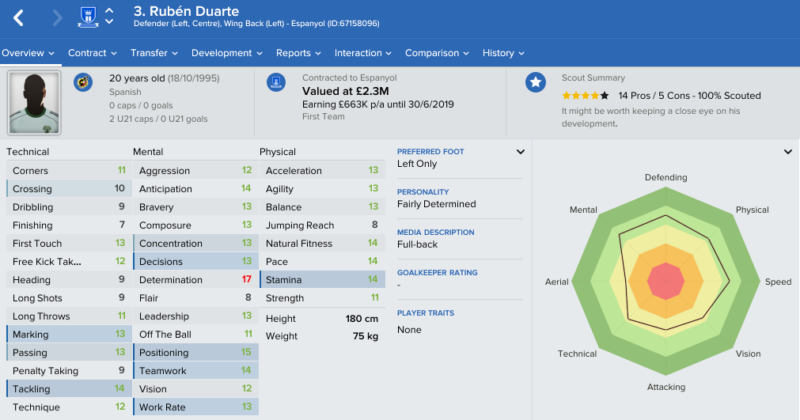 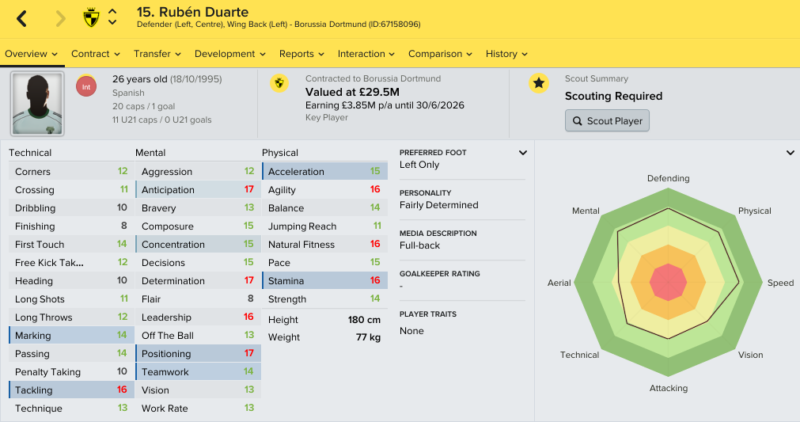 The FM 2017 player profile of Ruben Duarte shows a very good young central defender, with potential to progress and become one of the best in Europe. Espanyol are keen on keeping him at the club, so you might need to spend a bit in order to get him.

In my test save it was Borussia Dortmund that pounced on the opportunity, they spent 18.5 million to buy him but the lad was worth it if you look at the average ratings he got in Germany.

He can play both as a left-back and as a centre-back, he has the speed to cover both positions pretty well. His mental attributes are top notch as well, but he does have a flaw: not very good in the air. You might be able to work on that in training, but even so he would make a great central defender for teams that need quick men in front of their goalie.

I think he is better as a left back, no?

Yes, you could say that. But he’s pretty good as a central defender as well, ultimately it depends on what you need in your team.