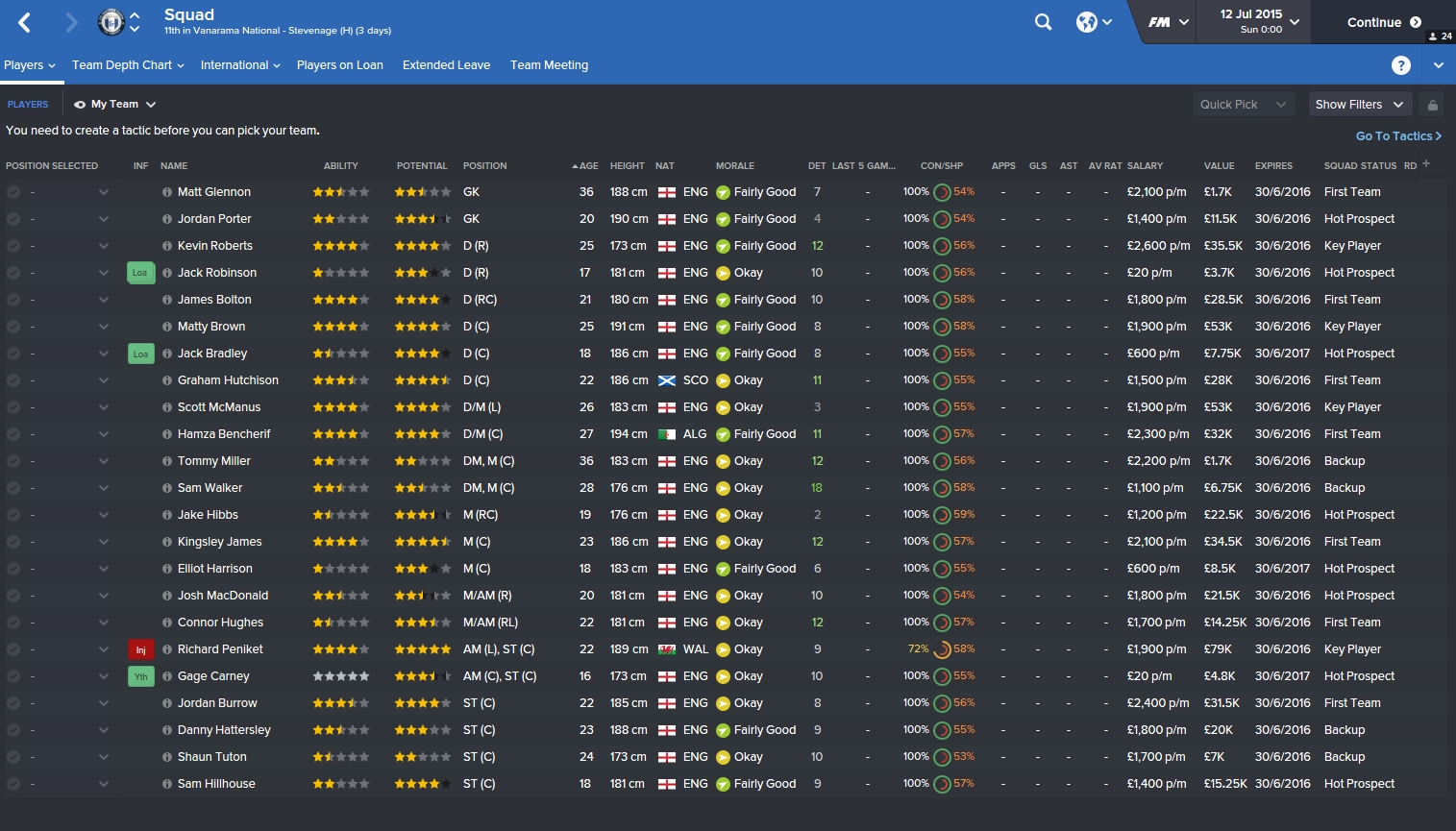 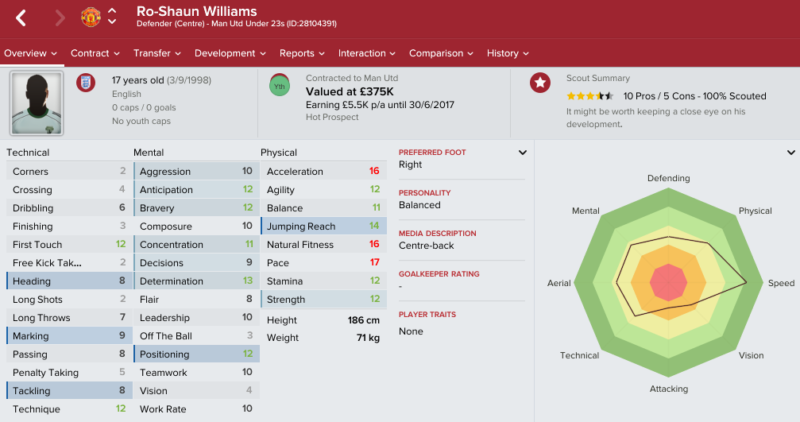 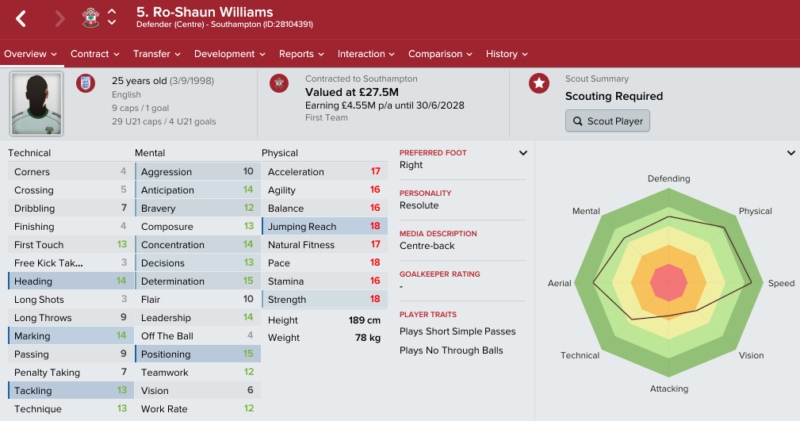 The FM 2017 player profile of Ro-Shaun Williams shows an incredibly strong young central defender, capable of becoming a solid top-flight player in the future. He is on a youth contract at the start of the game, so you can get him for a rather low compensation fee. That opportunity might not last long as most likely Man United will offer him a professional contract soon.

In my test save he spent a few seasons on loan here and there before Southampton decided to spend a pretty big sum for him in 2021. He did become a first regular at St Mary’s but I guess his average ratings could have been higher.

His physical development is simply impressive, he turned into a real monster, with amazing strength but also extraordinary speed and agility. That set of physical attributes is probably the best I’ve seen for a player in FM 2017.