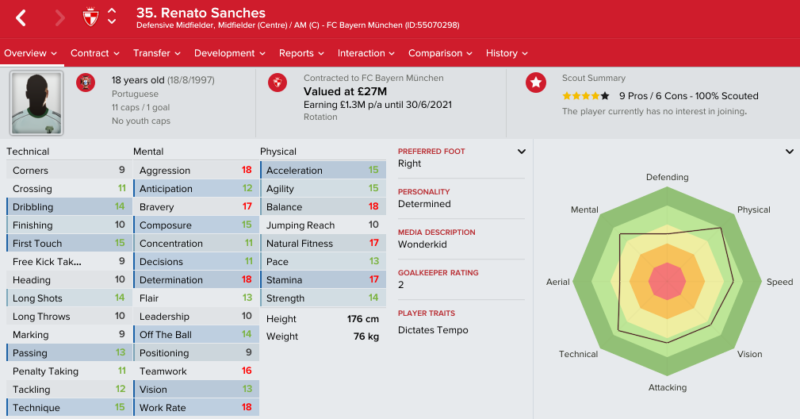 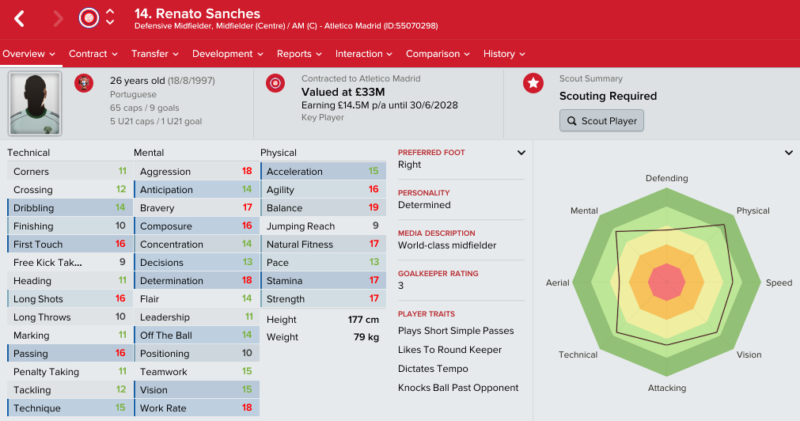 In my test save he had a surprising big-money move to Southampton, the Saints broke their transfer record with a 70-million fee and then made a very bad choice as they sold the lad to Chelsea for nearly half that sum. Eventually he ended up at Atletico Madrid for 50 million and instantly became the boss of their midfield.

He is an absolute force on the pitch, his physical attributes are astonishing, he is also a very hard worker, determined and aggressive. His technique is top notch as well, making this player one of the few in the world that can create play as well as he can break up the opposition attacking moves. Simply one of the best central midfielders in the world, if you have the money he’s well worth it.