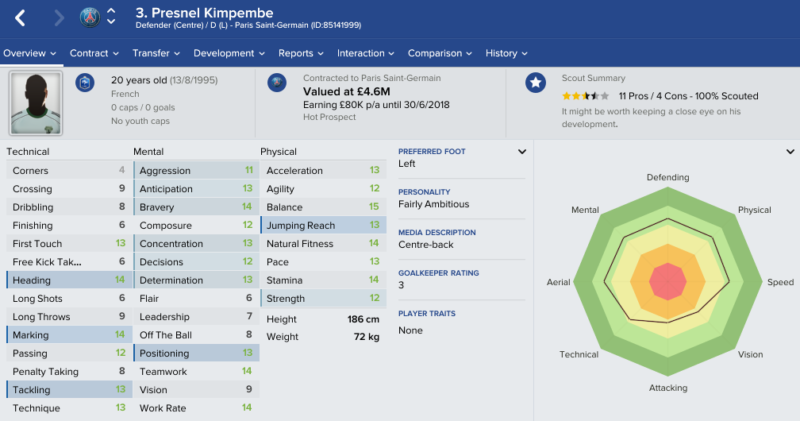 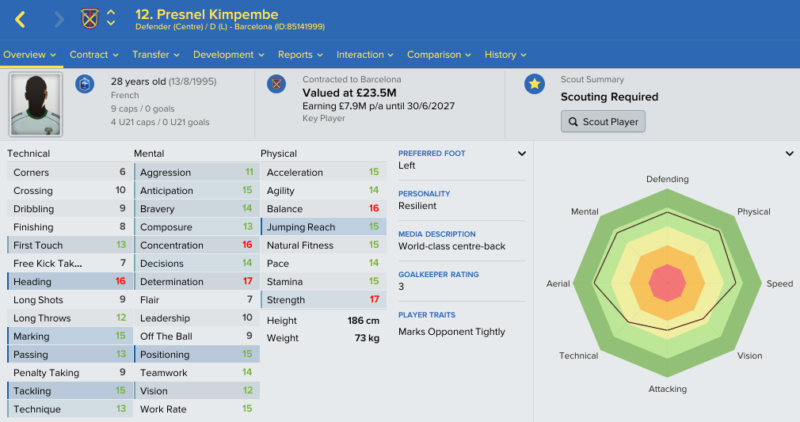 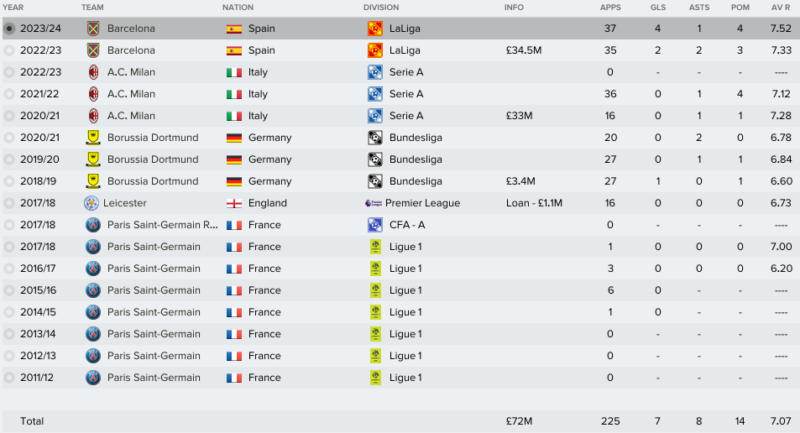 The FM 2017 player profile of Presnel Kimpembe shows a strong and talented young central defender, capable of becoming a world-class centre-back. PSG are determined to keep him at the club at the start of the game, but they are willing to send him out on loan right away and that could be an opportunity that you might want to consider.

In my test save he spent a season on loan at Leicester before PSG accepted a surprisingly low transfer fee from Borussia Dortmund. He moved on at AC Milan for 33 million pounds and then at Barcelona, where his career really took off. His stats at the Catalan giants are simply impressive, awesome average ratings, along with a few goals and assists.

His physique is impressive, he is both strong and quick, very good in the air and also quite agile. If you need a left-footed centre-back that can become a world-class player in the future, then this youngster is the perfect option. If you can do what Dortmund have done in my save, then you have the bargain of the century.