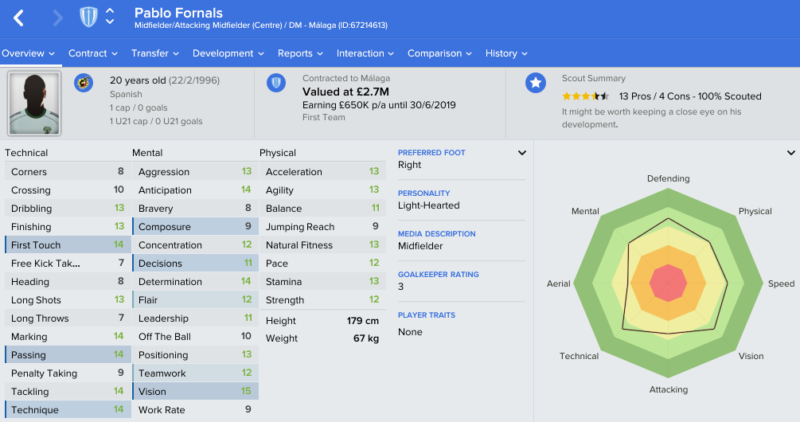 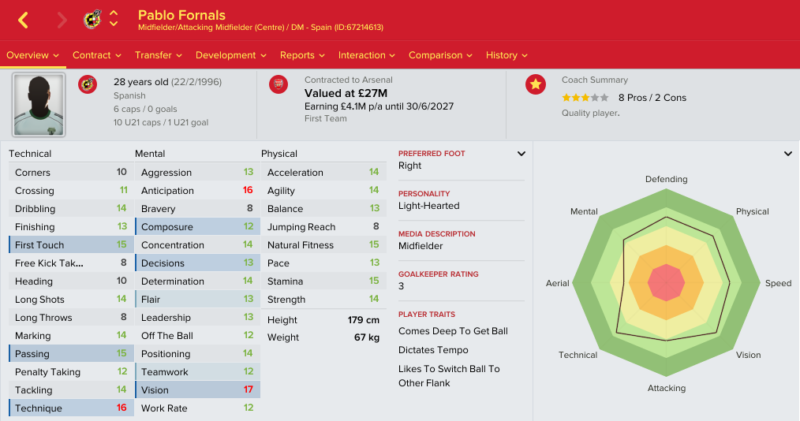 The FM 2017 player profile of Pablo Fornals shows a talented young playmaker, capable of becoming one of the top central midfielders in Europe. Malaga don’t want to negotiate below his minimum fee release clause at the start of the game.

In my test save he continued his development in Spain until Arsenal became interested and paid 28 million for him. He did a pretty good job in the Premier League, even though I was expecting him to provide more assists rather than goals.

He has a very good set of attributes all-around, but he excels when it comes to technique, passing and vision, the most important assets of a good playmaker. I wouldn’t pay as much as Arsenal did, but he is definitely worth keeping an eye on.