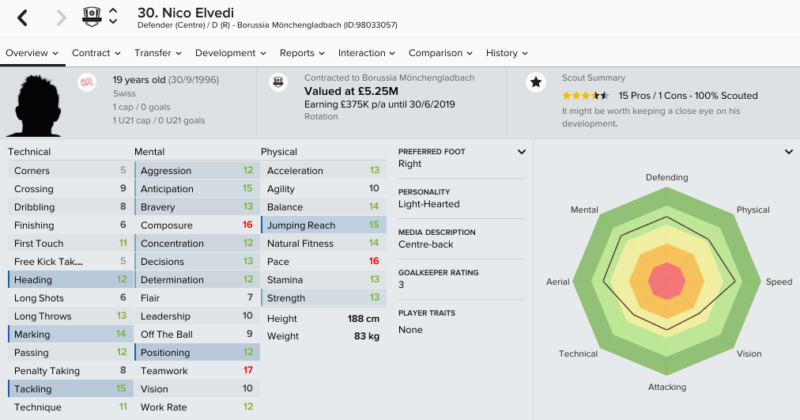 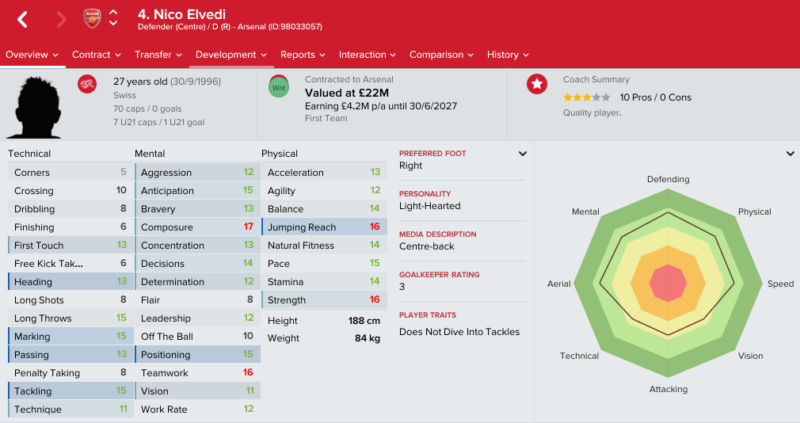 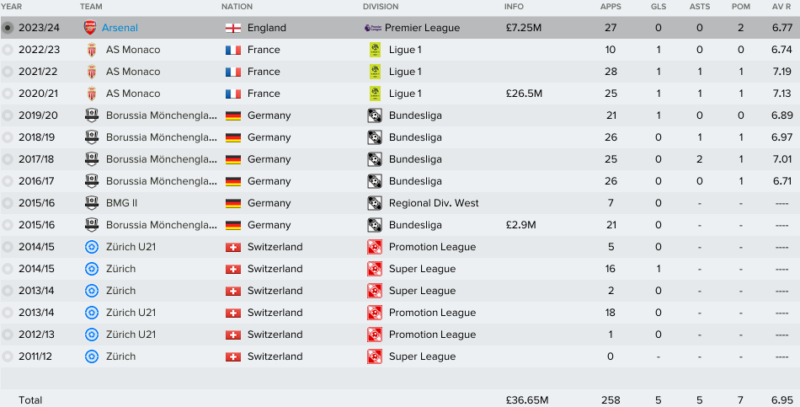 The FM 2017 player profile of Nico Elvedi shows a rock-solid young central defender, already good enough for top-flight football at the age of 19. Monchengladbach don’t want to sell him at the start of the game and I reckon they will try their best to keep him throughout the game.

In my test save he was prized away by AS Monaco for a pretty hefty transfer fee, did a pretty good job in France, but then got sold quite cheaply at Arsenal during a January transfer window. I guess he was transfer listed by request at that point and Arsenal took advantage.

He is strong and very competitive in the air but his speed is not too bad either. He developed a very good set of mental attributes, with particularly impressive composure and positioning, while his marking and tackling became very good as well.