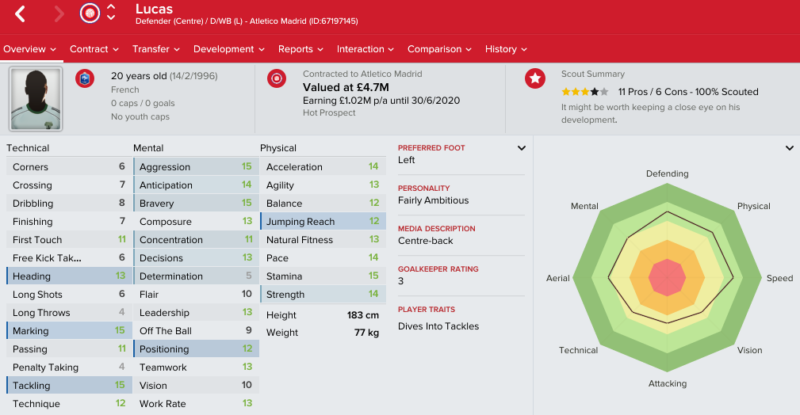 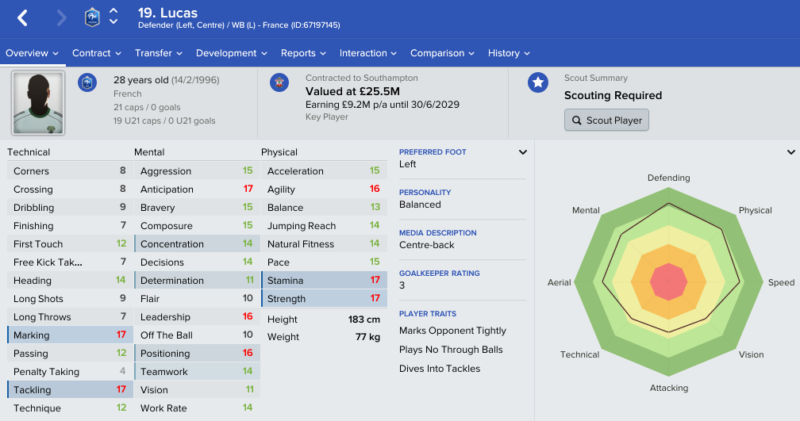 The FM 2017 player profile of Lucas shows a young central defender that could become a real leader and one of the best centre-backs in Europe. Atletico Madrid are determined to keep him at the club, they don’t want to negotiate below his minimum fee release clause.

In my test save he moved in Italy at Inter before a big-money move to Southampton as the Saints became one of the top clubs in England. During his career he received training for the left-back position as he managed to become natural at that as well.

He developed into an outstanding defender, with exceptional speed and strength, a decent set of abilities for heading and jumping, and almost perfect when it comes to marking and tackling. He also is a natural born leader and a central defender that can have excellent anticipation and positioning.