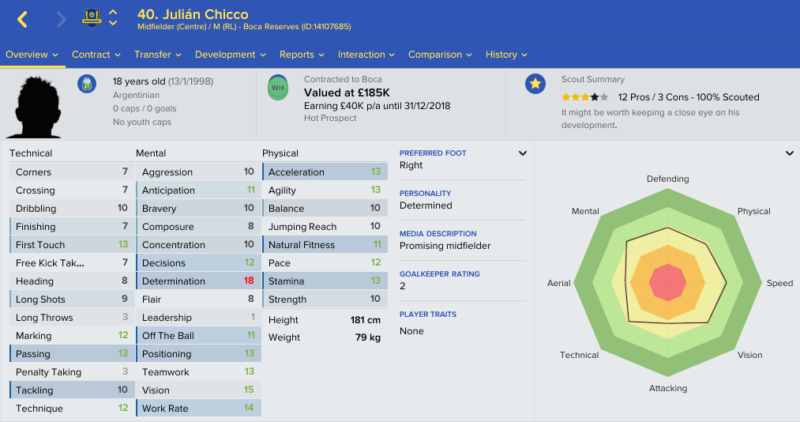 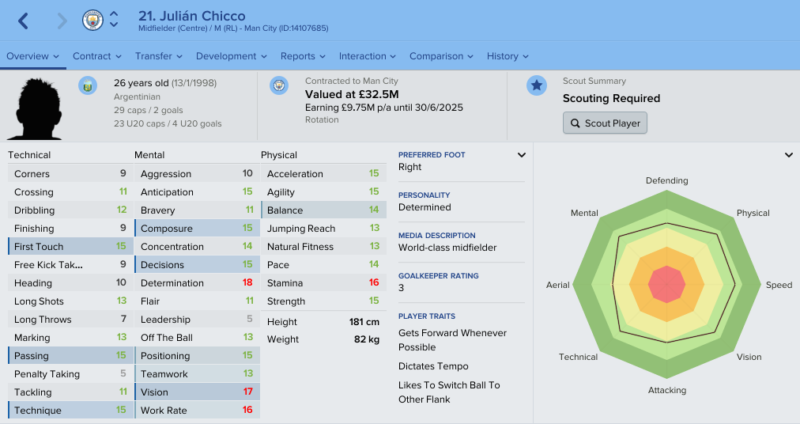 The FM 2017 player profile of Julian Chicco shows a talented young midfielder, cheap but with good enough potential to make it to the top. Boca Juniors would let him go for just 3 million pounds at the start of the game and the good news is he does not need a work permit because he has an Italian passport as well.

In my test save he had a pretty good career until 2024, moving to Liverpool and then to Manchester City for quite a bit of money in transfer fees. He also earned a good chunk of international appearances, not easy in a nation like Argentina.

He has good overall attributes both on the physical side and on the mental side, while his technical abilities also developed very well. He would be a good investment if he can develop as nicely as he did in our test save.