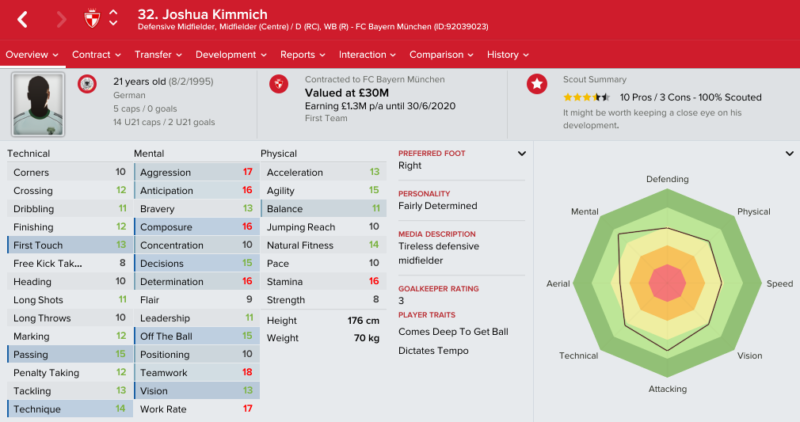 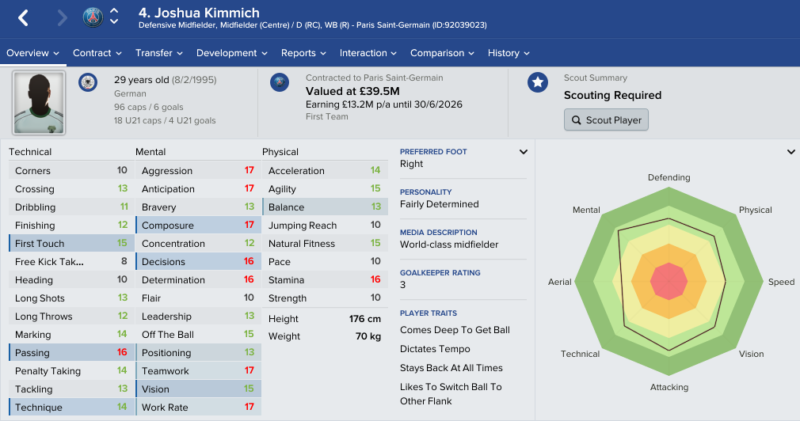 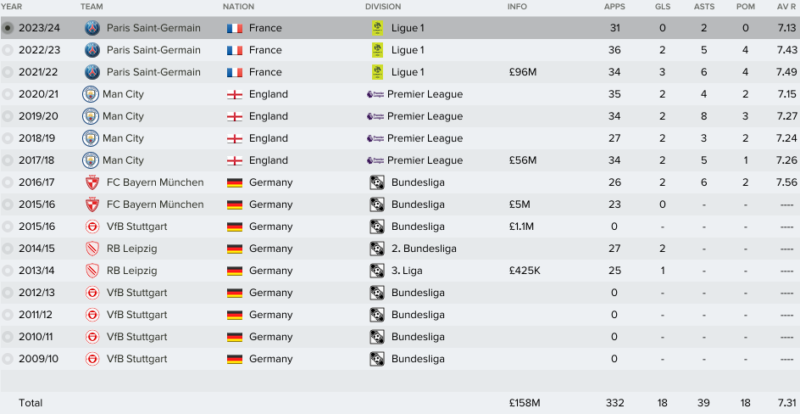 The FM 2017 player profile of Joshua Kimmich shows a versatile and very talented young midfielder, capable of playing in various positions in central midfield and defense. Bayern Munich will not let him go easily, this is an expensive player and will remain so throughout the game.

In my test save he was bought by Manchester City at the end of the first season for 56 million pounds and then became one of the most expensive transfers in football history as he moved to PSG for nearly 100 million pounds.

He is a hard-working and reliable player, his mental attributes are world class, and he is also quite gifted when it comes to controlling the ball and picking the right pass. This lad is a world-class midfielder that can find a place in any of the world’s biggest teams.