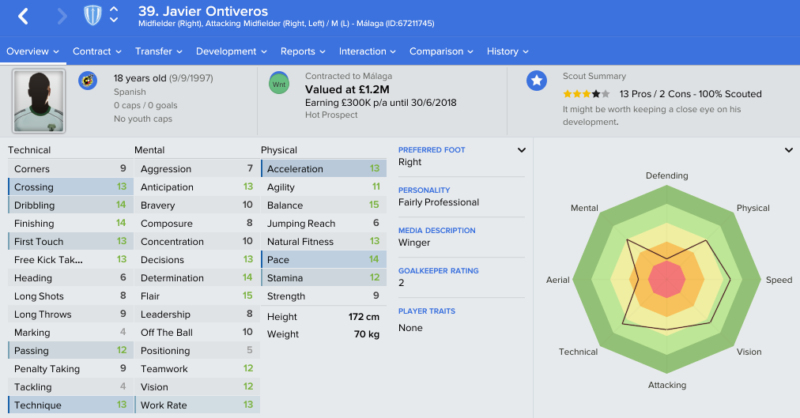 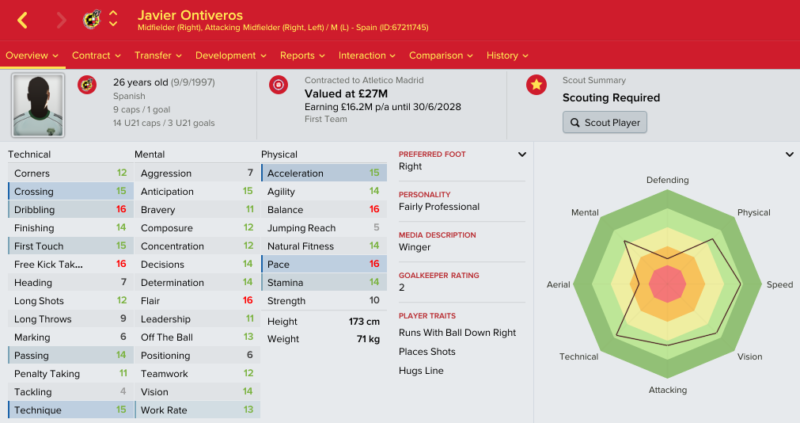 The FM 2017 player profile of Javier Ontiveros shows a young winger with very good potential, available at a pretty good price at the start of the game. He has a fairly low minimum fee release clause in his contract at the start of the game, so if you want to buy him you might have to do that pretty soon, before Malaga can offer him a new deal.

In my test save he remained at his boyhood club for a while, before Atletico Madrid spent over 18 million to buy him. He did a very good job in the Spanish capital, providing a few goals and assists every season and also earning his debut in the national team.

He developed very good speed and balance, while his technique and dribbling make him a very tough man to mark. He also developed a very good ability to take free kicks.