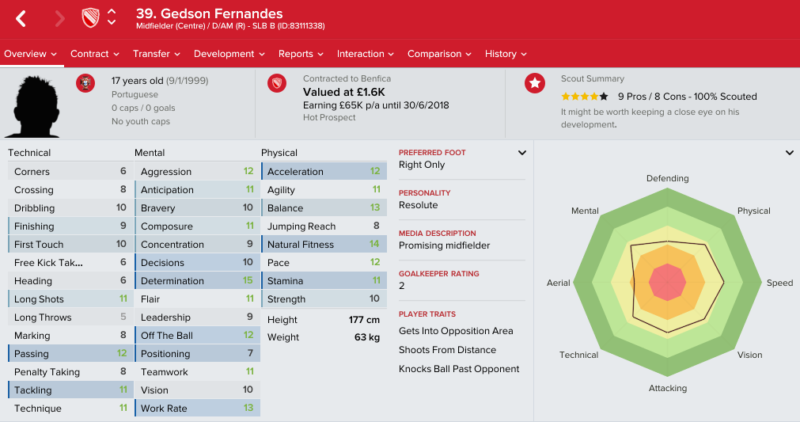 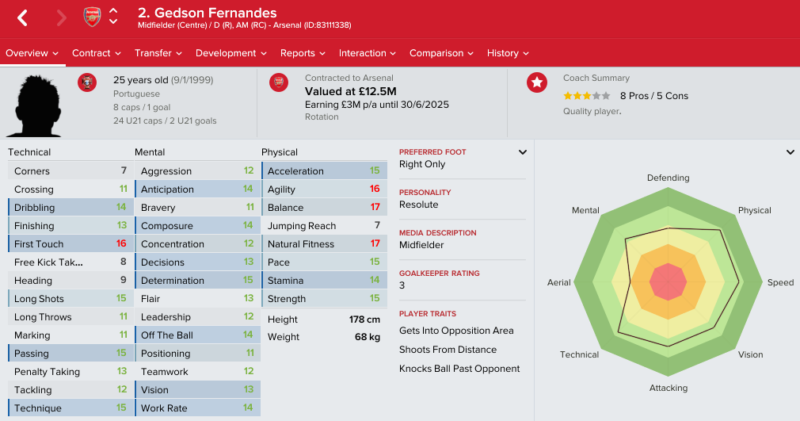 The FM 2017 player profile of Gedson Fernandes shows a solid young central midfielder, capable of becoming a good player at the highest level. Benfica are not willing to let him go, but I think you could negotiate a reasonable transfer fee at some point.

In my test save he ended up at Arsenal after a few good seasons in Portugal, but has not managed to become more than a fringe player at the Gunners. However, his physical attributes developed to a very good level, while his technical skills also improved enough to make him a competitive player when on the ball. He can develop very well overall and can become a fine central midfielder.

He has developed really well on my derby save, only 22 and already world class midfielder.