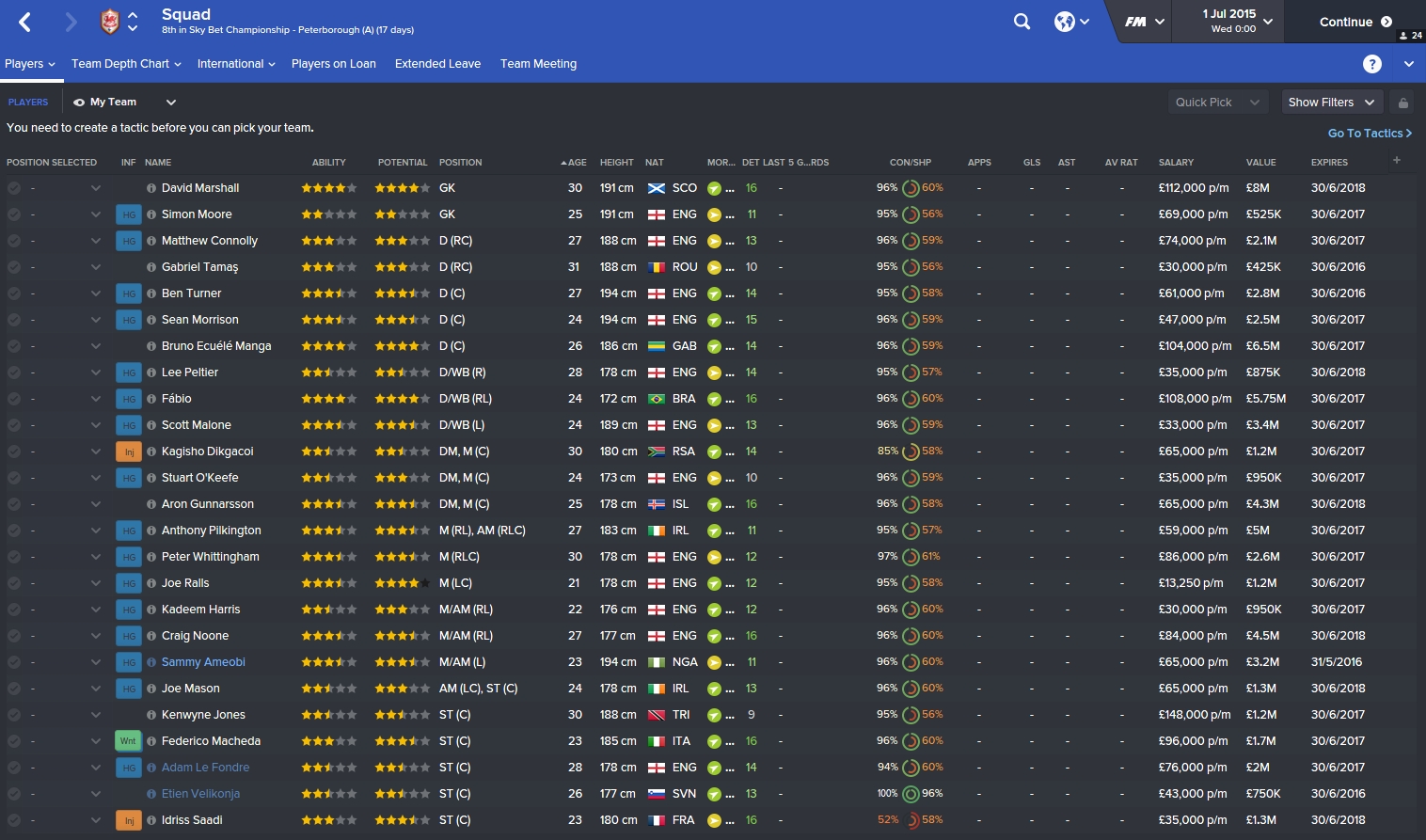 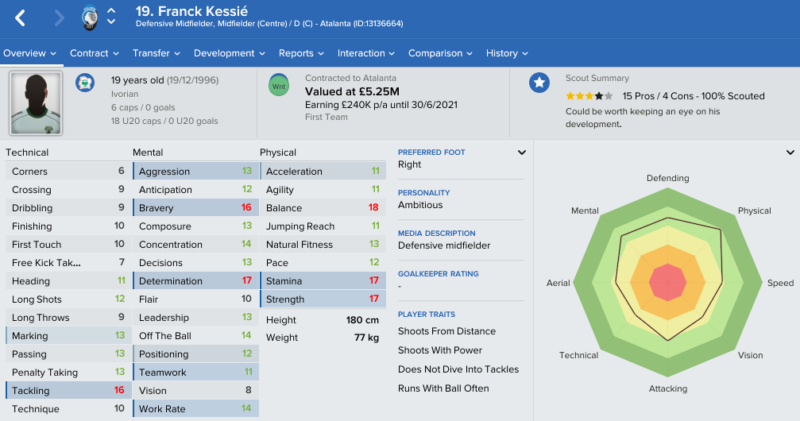 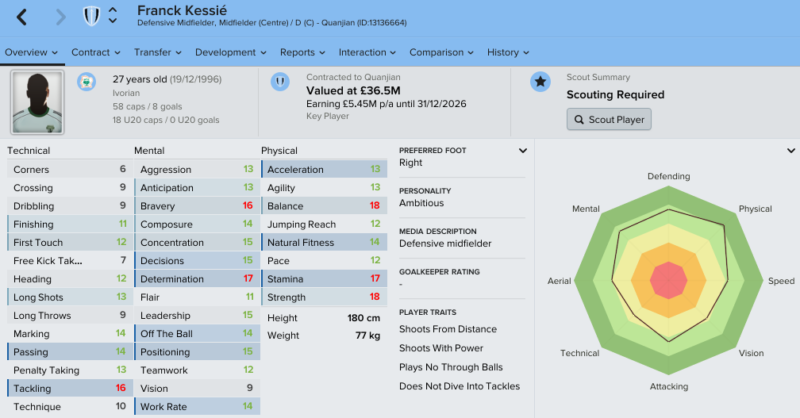 The FM 2017 player profile of Franck Kessie shows a very strong young defensive midfielder, with solid starting ability and very good potential as well. In real life it’s quite likely that he won’t remain at Atalanta much longer, but in the game you would have to offer them 15 million pounds to make them let him go.

In my test save he remained at Atalanta until 2023, quite surprised to see that to be honest. Despite being wanted by a few good clubs in Europe, he chose to get loads of cash by moving to a Chinese side. He is getting paid like a real star there but it’s a shame to see such a good player move away from big football.

His main assets are strength and stamina, this is a midfielder that should be able to win tons of balls back for his team. He is also quite well-equipped on the mental side as well but I think he could become quite a bit better than this if he makes a move to a competitive club as early as possible.

Will Reiss Nelson from Arsenal get a profile? Does he develop well in your save?

Not well enough so far, but his potential is pretty good.