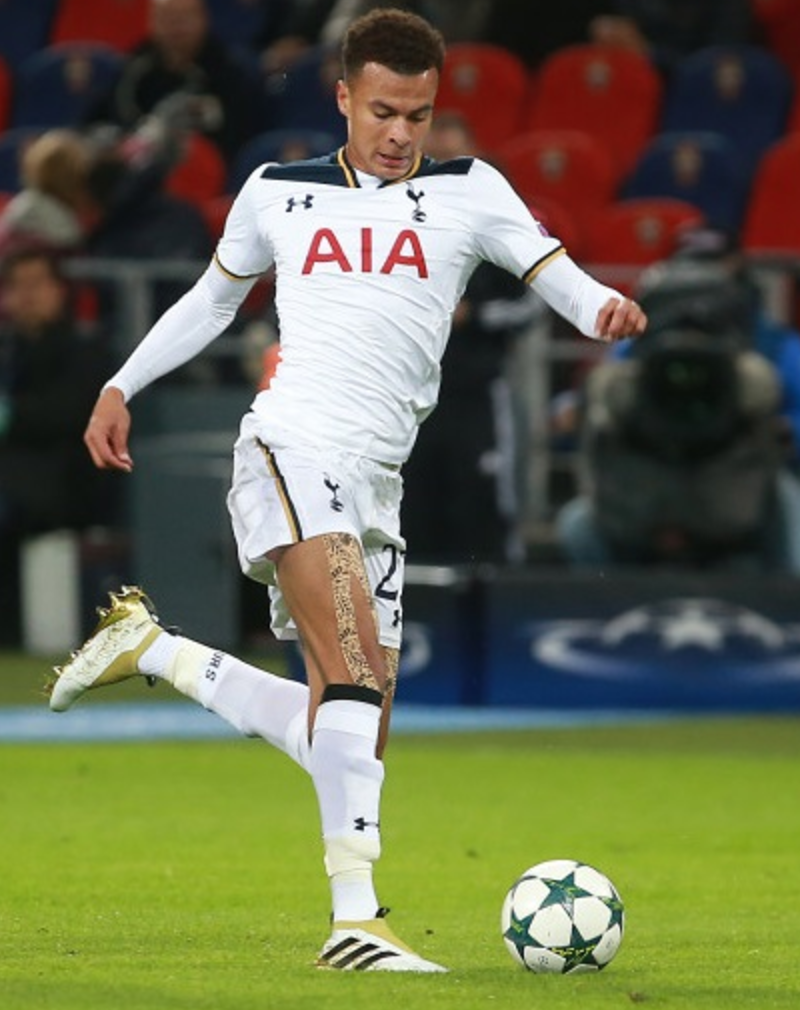 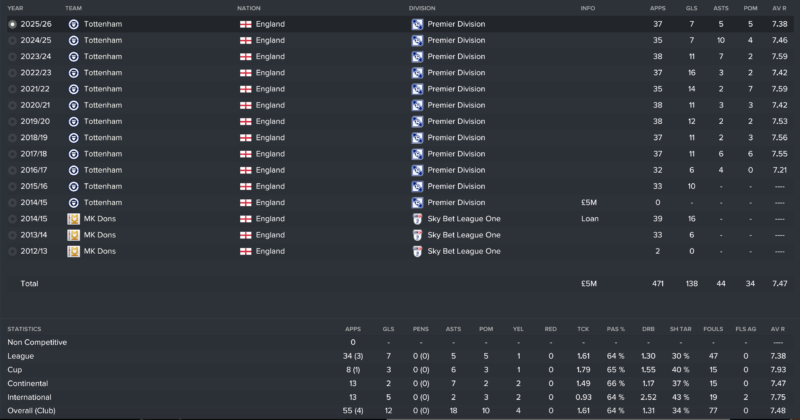 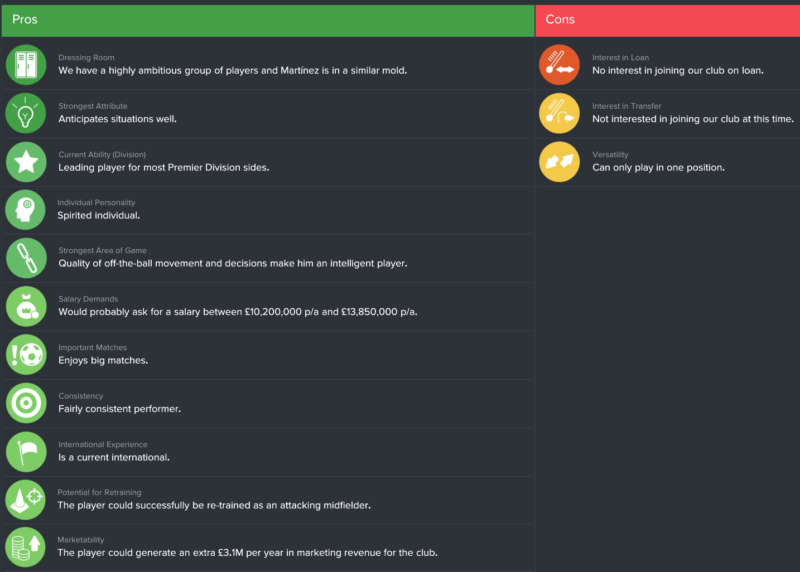 The FM 2017 player profile of Dele Alli shows an already extremely talented and stablished wonderkid. Too bad Tottenham won’t let go this amazing player for less than £200. But, if you are looking for a false 9 for your tactic, this is the sure thing, an elite world class player for the next 12 years, the one that any squad willing to rule the European continent needs. Though he’ll need to be re-trained.

In my save he stayed playing for Tottenham as an attacking midfielder and became a world class player reaching his maximum potential. He established himself as an English first team international with 130 caps and 34 goals at the age of 30.

He developed into a top attacking midfielder, but his so amazingly well rounded attributes and good finishing makes him a great prospect to be re-trained, as I mentioned before as a false 9. His physical, mental and technical abilities are all great, specially his passing, just have a look at his scout report above.

Dele Alli is the kind of player you always want to have in your team when it’s time to dominated the world.

It’s a shame you guys gave up. One of the best years of FM and you guys quit.

What happened? Could see they were quiet but couldn’t find any news regarding FMS…