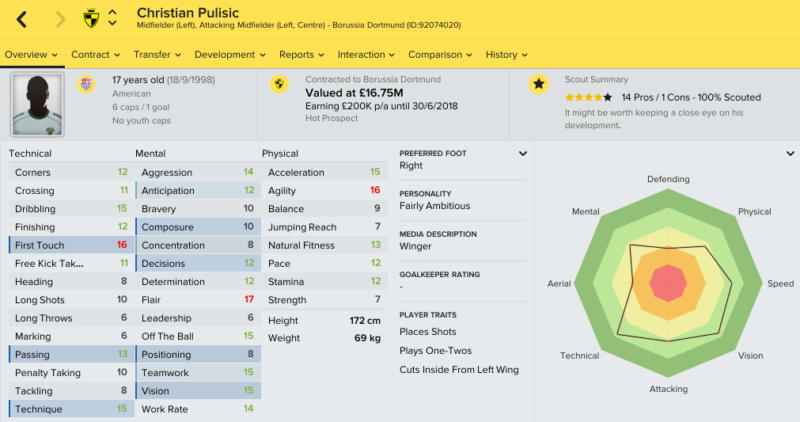 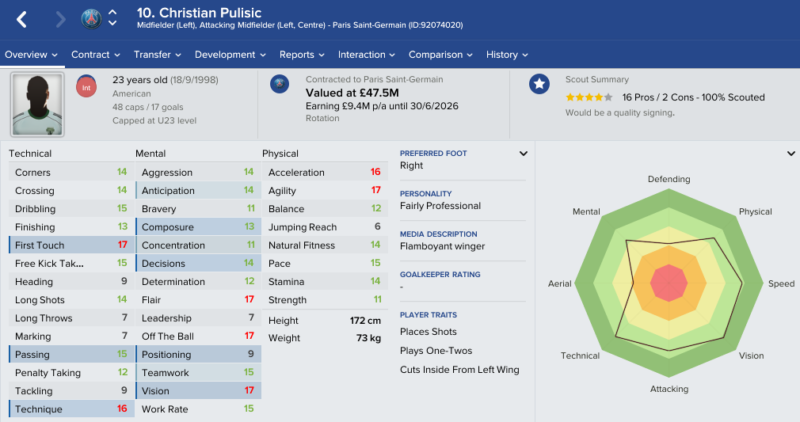 The FM 2017 player profile of Christian Pulisic shows a young attacking midfielder with bags of talent, his potential could make him become one of the top creative players in Europe. Borussia would be willing to let him go for 20 million pounds at the start of the game, that’s a bit of a surprise as I was expecting them to demand a lot more.

In my test save he remained in Dortmund for a while, providing great numbers during the seasons when he was not injured. Eventually, PSG decided to splash the cash on him and he delivered a decent first season in France.

He is natural in quite a few positions, like ML, AML and AMC. He has the speed and technique to be a good winger, but he also is creative enough to be the man that provides that crucial assist to your striker. Definitely one of the top talents in European football.