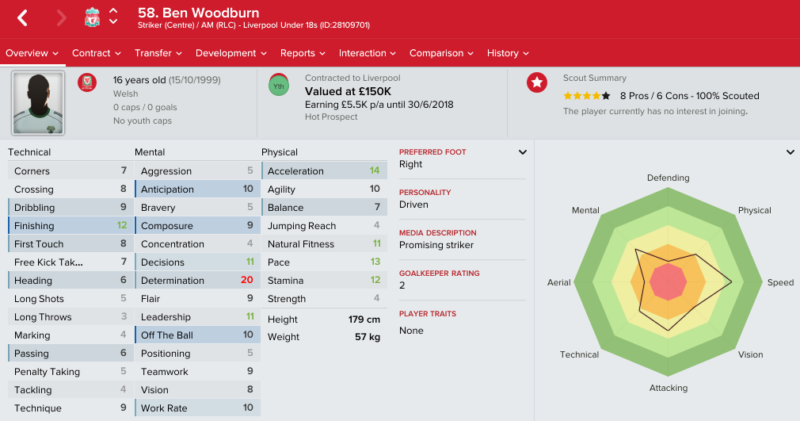 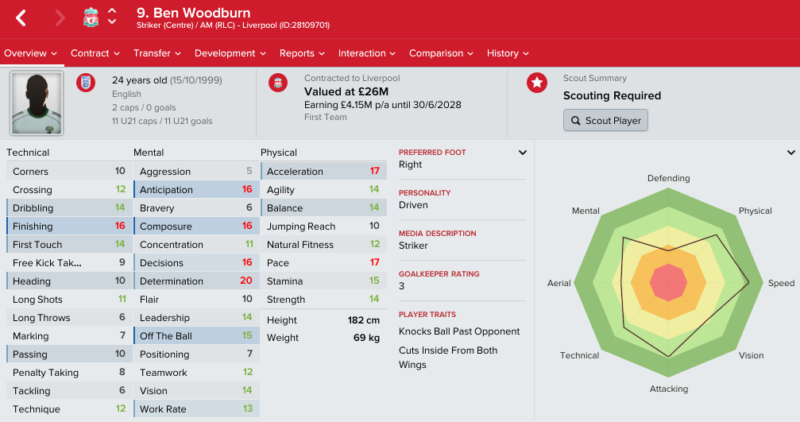 The FM 2017 player profile of Ben Woodburn shows the already famous Liverpool wonderkid and his progress in Football Manager 2017. He is on a youth contract at the start of the game, so in theory you could sign him and only pay a low compensation fee. That won’t work because he does not want to enter negotiations with anybody at the start of the game, so you will have to wait for a few months before trying to get him.

In my test save he remained at Liverpool throughout, with a couple of seasons spent on loan in the Championship. He did manage to work his way into the first team set-up at Anfield Road, but he did lose quite a few seasons of first-team football before that.

That time spent without first-team football might have affected his development, I think he can get even better than what the screenshot above shows. However, he did manage to become a great pacey striker, he developed amazing speed and also incredible finishing and composure for such a young player. He definitely has the potential to become a deadly striker, but you will have to be careful with his development process.