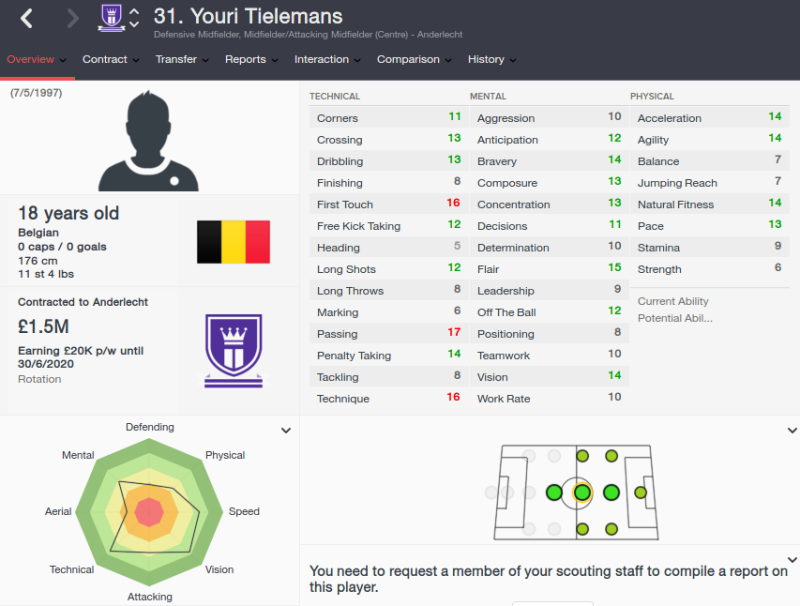 This FM 2016 player profile of Youri Tielemans shows a playmaker with one of the highest potential ratings in FM16. We’ll start with the negatives, Tielemans is weak and lacks stamina, two traits that make development that bit harder especially stamina as offering 90 minutes game time is a no go. However, in my test save he has improved from 7 to 12 stamina and is still just 21 so you can get this attribute up considerably with specific training.

During my save the Belgian wonderkid became a massive part of my Wolves side aged just 19. He has developed 16 and above for dribbling, set pieces, passing, technique, decisions, determination, flair, vision, acceleration, pace and agility. Youri has scored 10 goals and assisted 16 in two years from central midfield and seems to step upto the big games well. £29 million is not bad for potentially the best midfield playmaker in the world and after the first season you can pay even less.

Check out the screen shot below, sent by Koonaks, showing Tielemans’ progress in his FM 16 save: 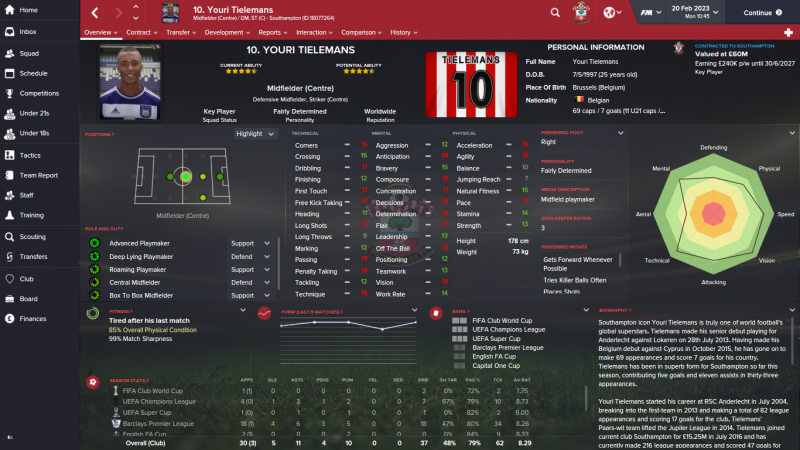 Wow, not quite as much potential as last year but still looks like the best prospect in the game.

Are there any -10s on this year’s game? I assumed Tielemans would be again so surprising to see he is a -9.5

If your looking for an english player, nyambe from blackburn is pretty good, cheap too!