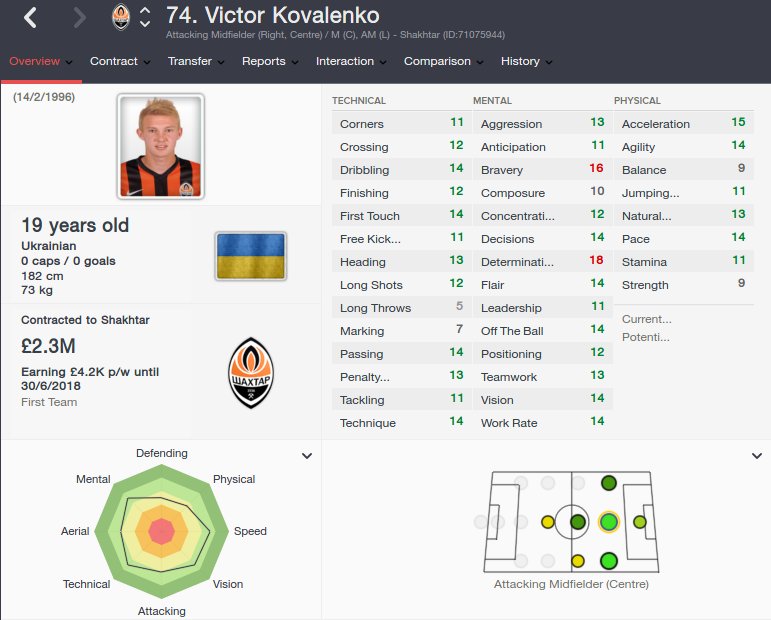 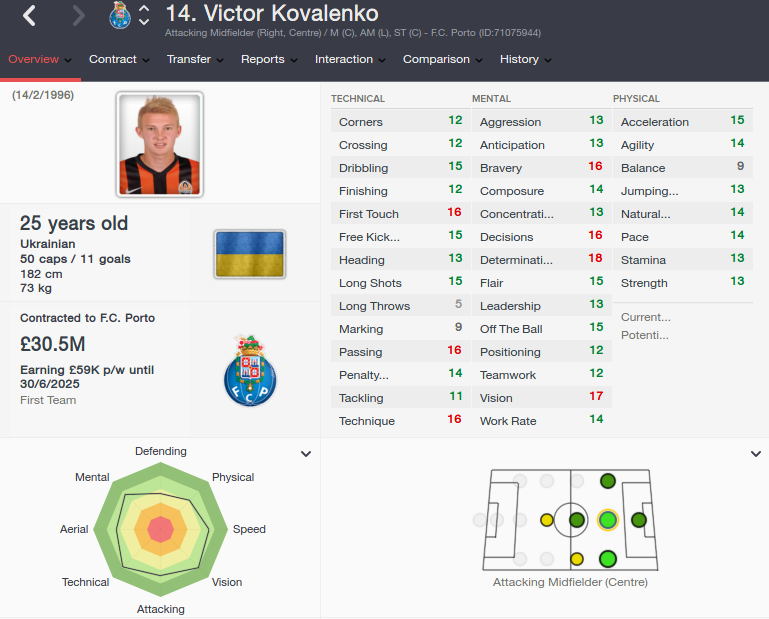 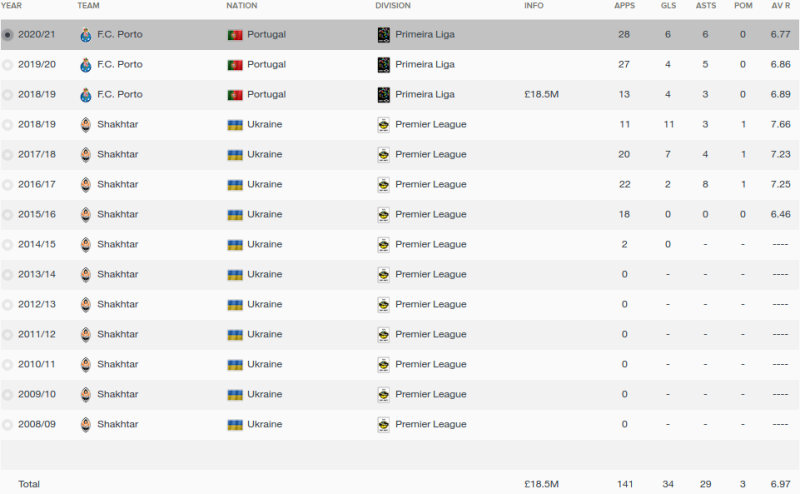 The FM 2016 player profile of Victor Kovalenko shows probably the best young prospect in Ukrainian football, a talented attacking midfielder. Shakhtar will most likely try to hang on to this lad due to his home-grown status, but he should be pushing to leave at some point. They won’t let him go cheaply though, I’m pretty sure of that.

In my test save he was bought by FC Porto in January 2019 and did a decent job over there, even though his average ratings dropped compared to his time in Ukraine. He developed good technique and great vision, which would make him a good candidate for an advanced playmaker role. However, I have to say that he is prone to injuries, so his development might suffer because of that.