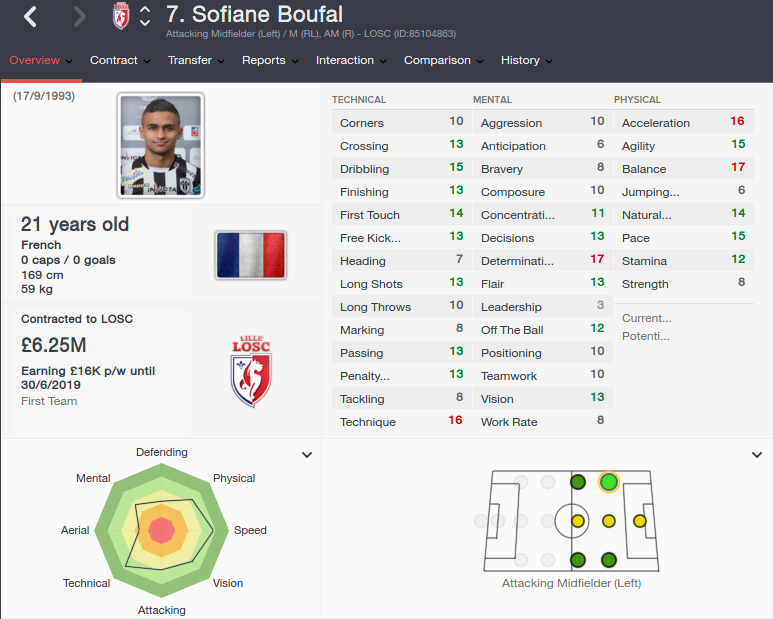 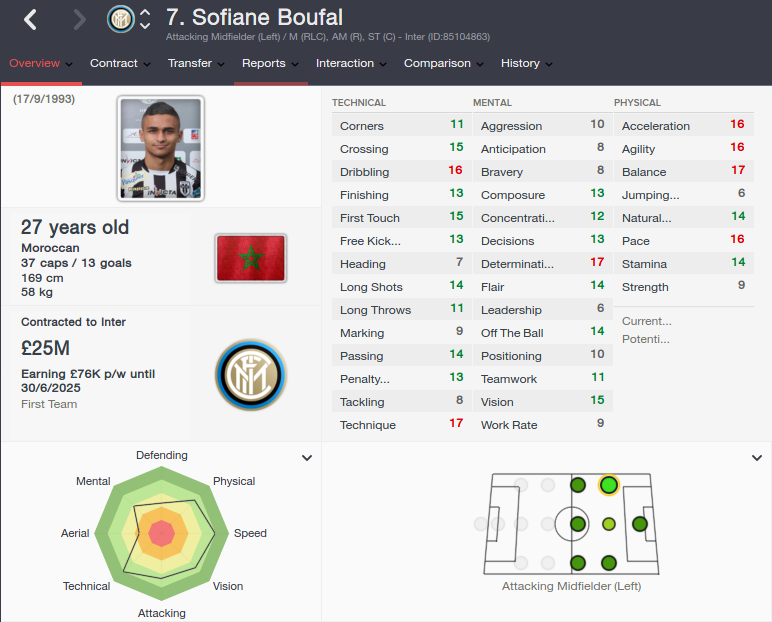 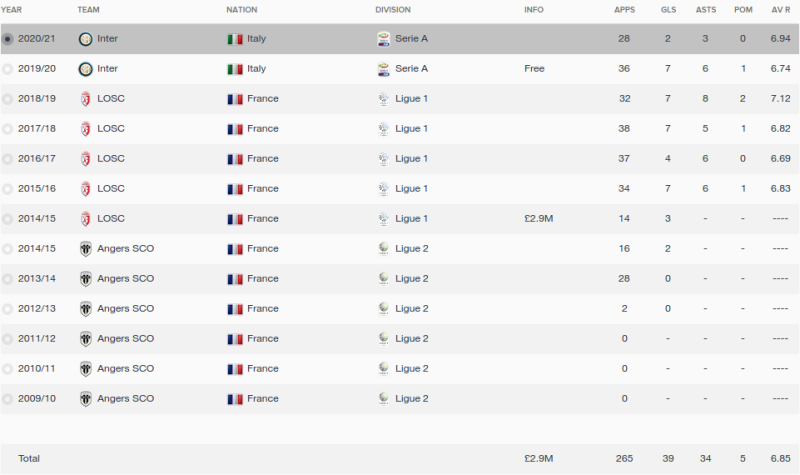 The FM 2016 player profile of Sofiane Boufal shows a fast and talented young left winger, with great potential. Lille are not willing to let him go at the start of the game but since he will soon grow to be better than much of his team-mates I reckon he will push for a move at some point.

In my test save Inter snapped him up at the end of his contract with Lille, and the boy had an immediate impact in the Serie A. The second season wasn’t as great though.

He developed great speed and agility, exceptional technique and also decent shooting skills, so he would make a pretty good inside forward on the left flank. He opted to join the Morocco national team, probably breaking into the France outfit has proven too difficult.

should have bigger potential, i think hes the new hazard, maybe he be in a big club (like Chelsea) in like 1-2 years
imo