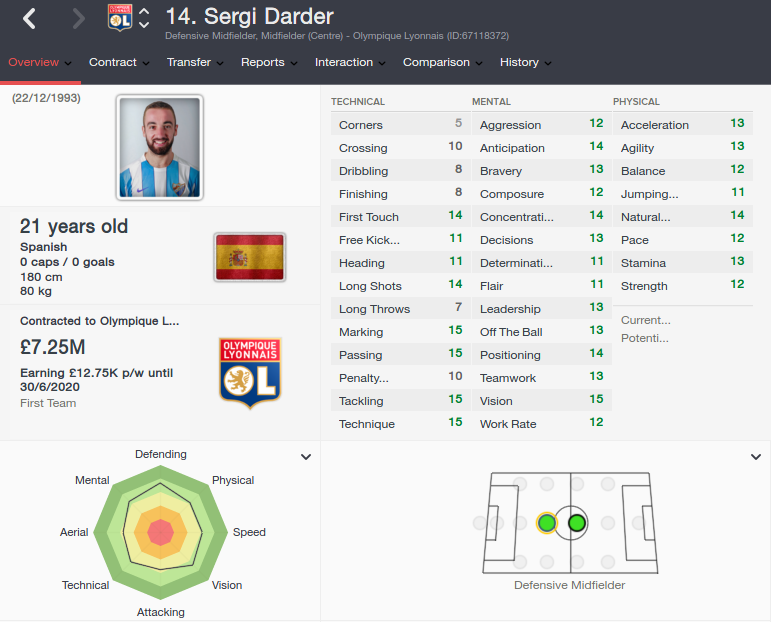 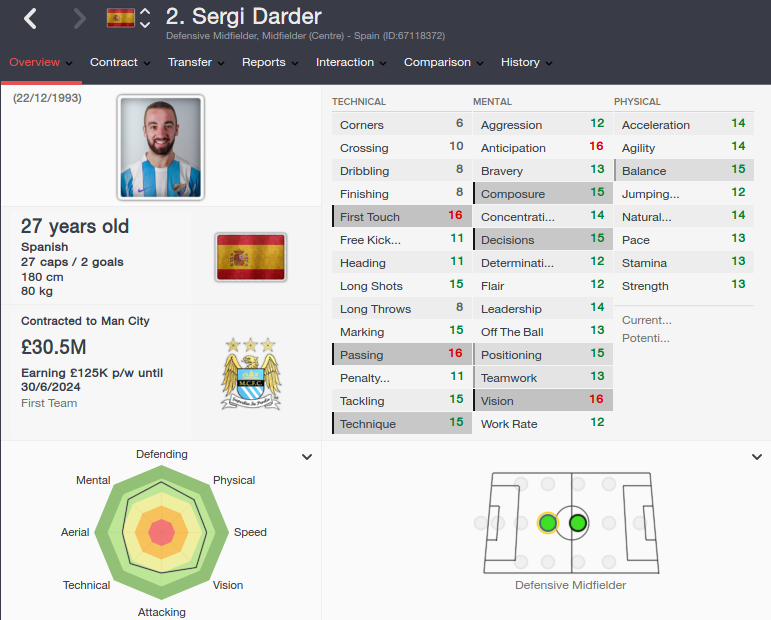 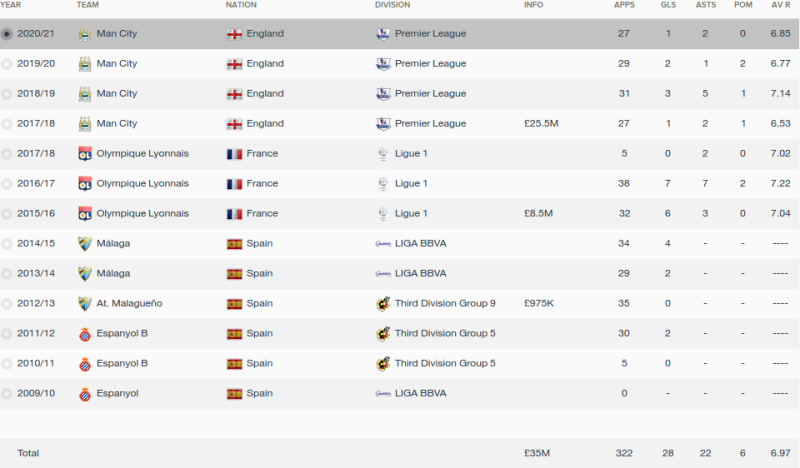 The FM 2016 player profile of Sergi Darder shows a solid young defensive midfielder, already good enough at the age of 21. Malaga have just sold him to Lyon, so you will have to wait before he will desire to leave, but it shouldn’t take longer than half a season.

In my test save he had a really good time in France for two seasons and his performances persuaded Manchester City to pay 25.5 million for him. He remained a first-team regular through four seasons, not an easy task in such a select squad. He doesn’t have spectacular attributes but he surely has everything that is needed to make a top class deep-lying playmaker, from first touch and passing to vision and composure.