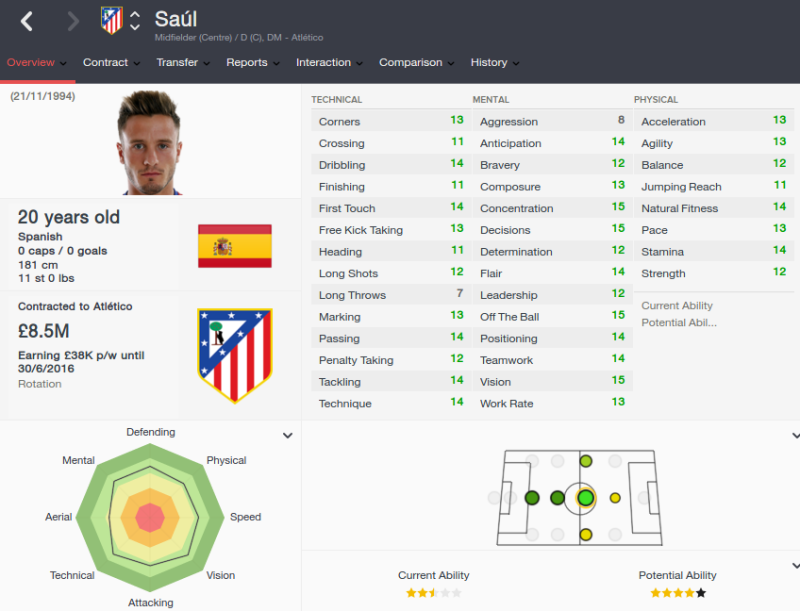 This FM 2016 player profile of Saul shows a complete midfielder probably some of the most rounded attributes we’ve found in a top level wonderkid. Saul is fast, strong, good defensively, able to run, pass and possess great mental attributes across the board. He could feature in any number of roles but I like him as a playmaker or box to box midfielder. One of those players that can not only make a difference but cover for injuries. The only negative is that £23 million asking price.

He does look incredible but can we see a profile for Nikola Vlasic soon? Bought him for my Stuttgart save in first season :)

I will look to profile him in the next few weeks.

I ended up getting him for free. In Jan 16 on patch 16.3 (so first season) I got a message from my assistant about people on my shortlist who’s contracts would soon expire and he was on there. I offered him a contract straight away and he came in July.