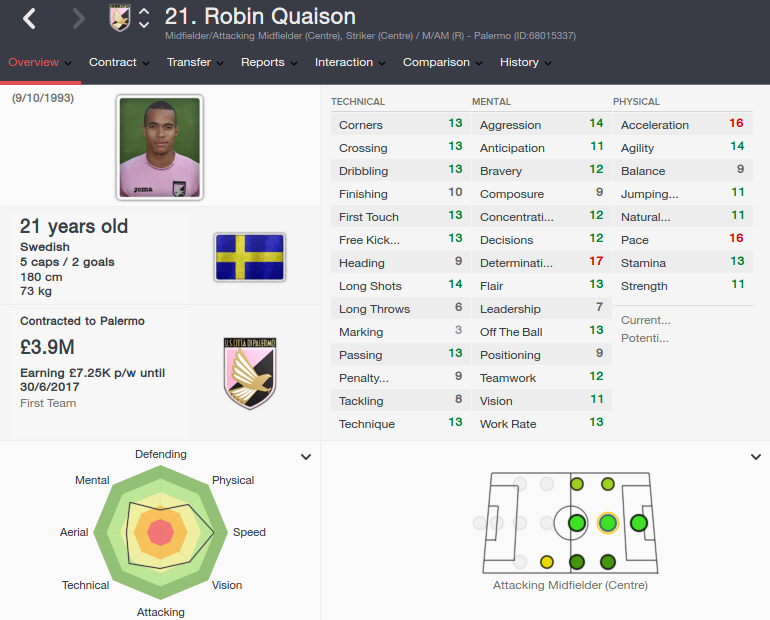 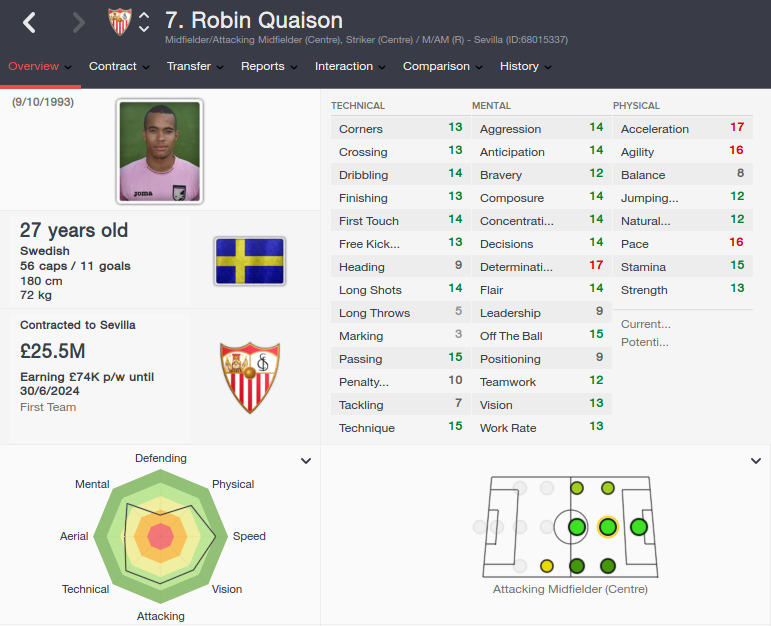 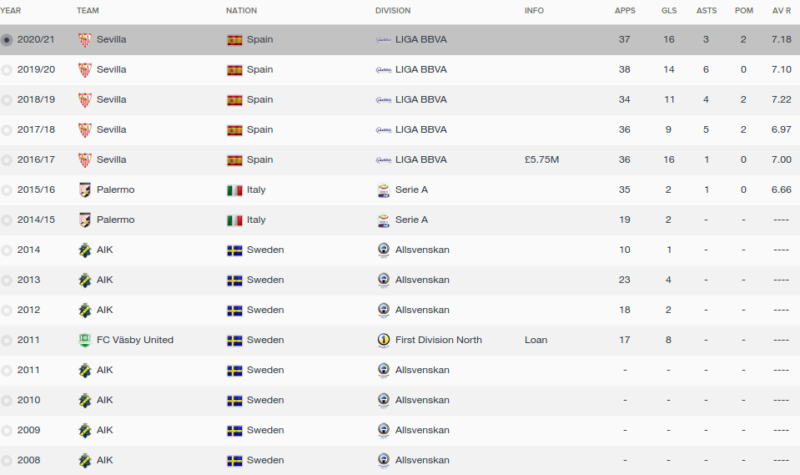 The FM 2016 player profile of Robin Quaison shows a very talented young player with incredible versatility, capable of playing in various positions and roles. Palermo are quite desperate to hold on to him at the start of the game, but things should change at the end of the first season.

In my test save Sevilla bought him at a great price, just under 6 million, and he turned out to be an awesome buy for them. He bagged numerous goals for the Spanish side, along with a few assists and excellent average ratings.

He has solid attributes overall, especially speed and agility, but his greatest asset is the versatility. You can slot him as a central midfielder, attacking midfielder or even as a striker, while his skill set allows him to play in almost any role. He surely is a very good player to have in your squad, if you can get him for a reasonable price he is one to keep.