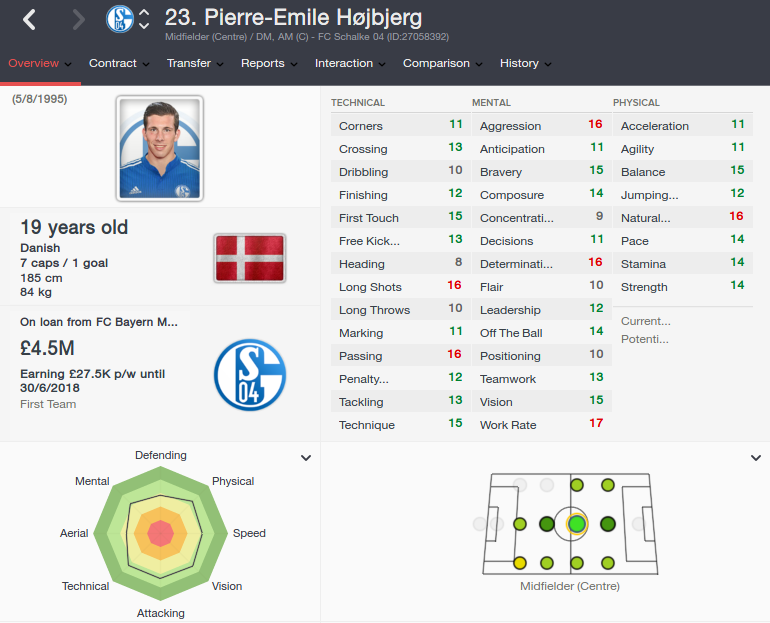 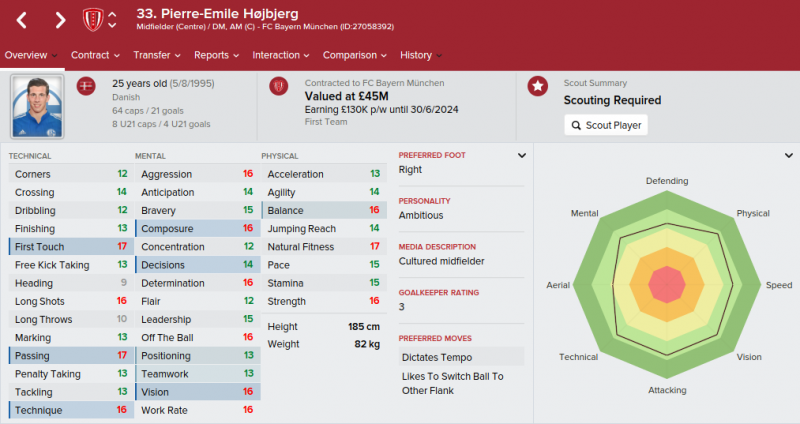 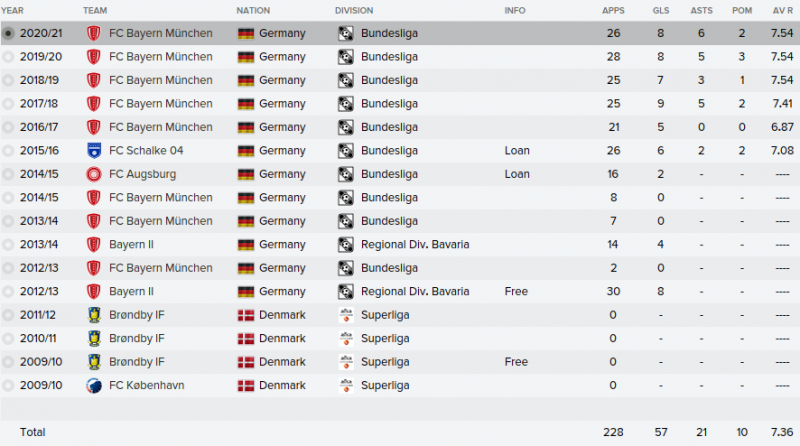 The FM 2016 player profile of Pierre-Emile Hojbjerg shows a very gifted young playmaker, with potential to become one of the best in Europe. Bayern would let him go for 30 million at the start of the game, I hope he might go for less in the future.

In my test save he remained at Bayern and eventually managed to become a first-team regular, dictating play from the middle of the pitch but also bagging a few goals. His future profile shows very good all-around attributes, with a definite plus when it comes to technique and passing.