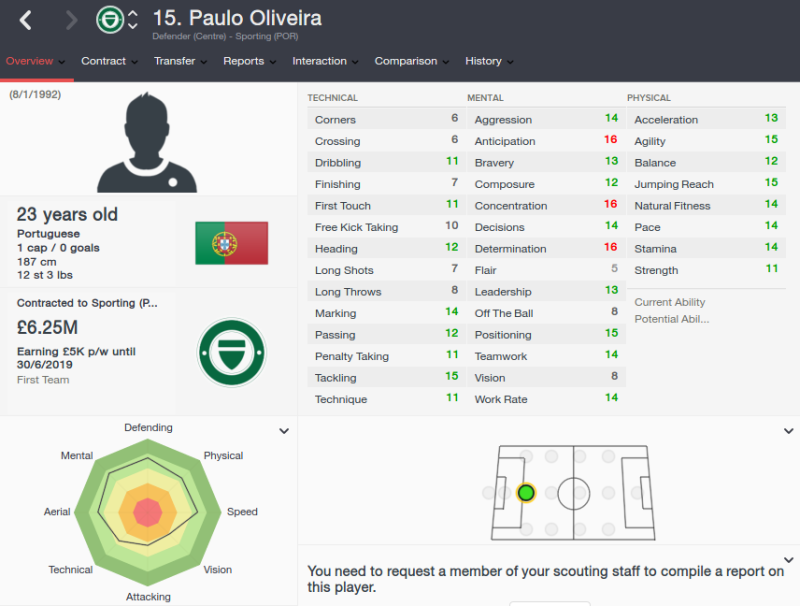 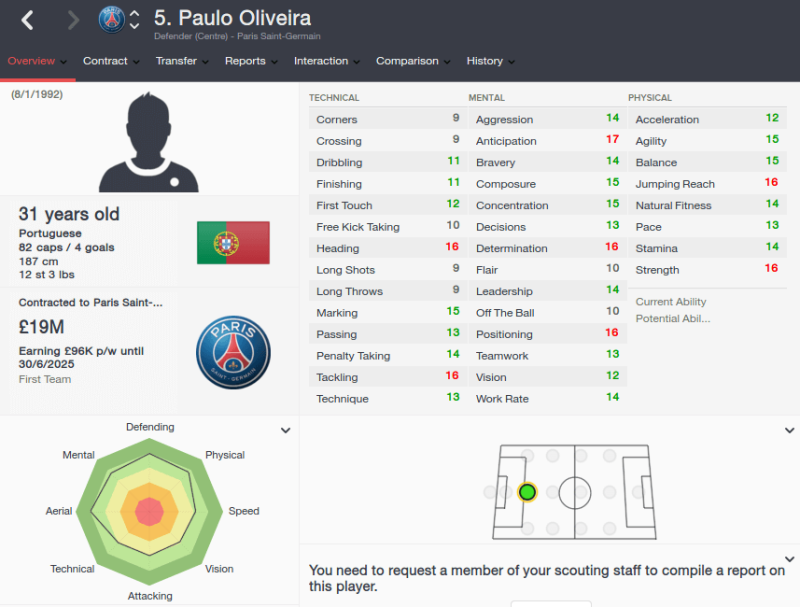 This FM 2016 player profile of Paulo Oliveira shows a consistent and reliable ball playing defender with ability across the board. Decent technique and passing are bells and whistles supported by great general defensive skills. This guy can tackle, jump, head the ball and isn’t hindered by pace nor acceleration. I like that he anticipates and positions himself well also. £13.5 million may not be cheap but Oliveira is a good centre back and sometimes you get what you pay for.