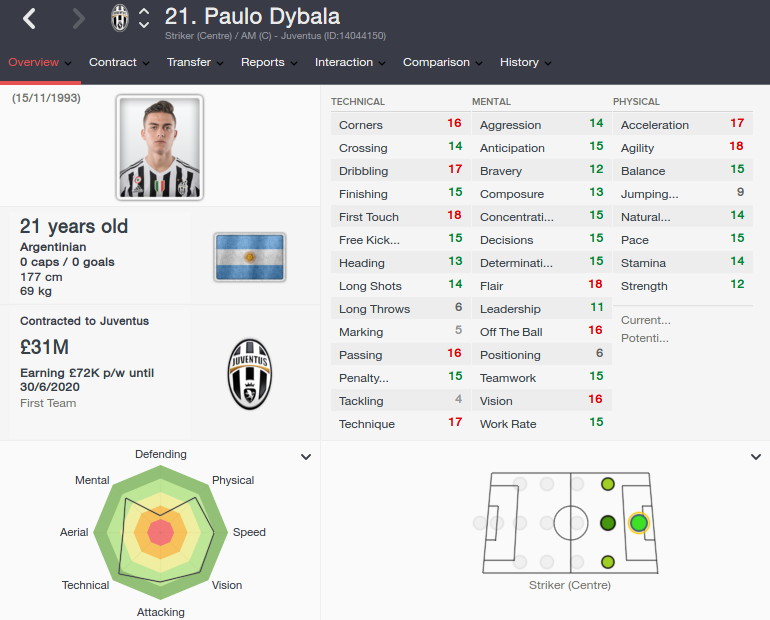 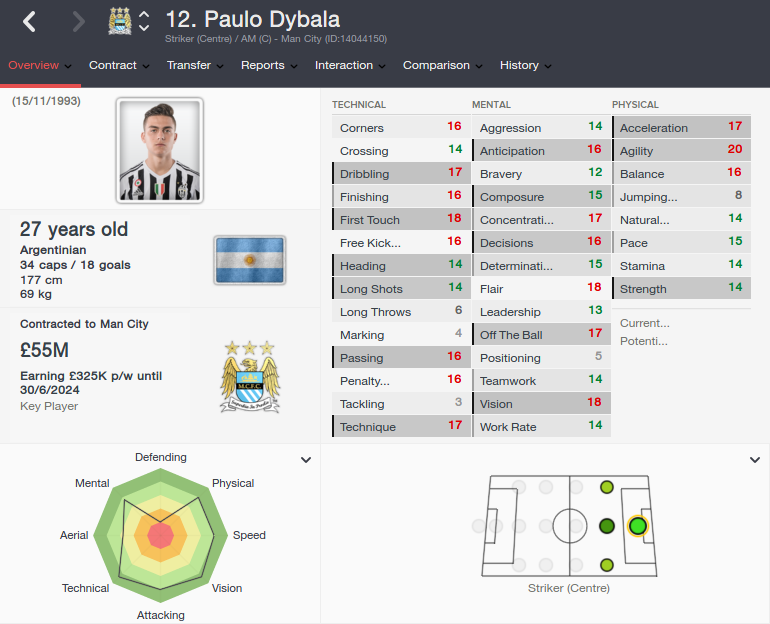 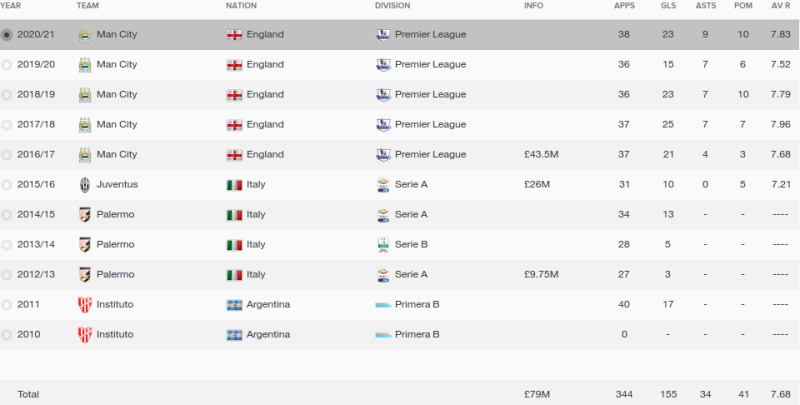 The FM 2016 player profile of Paulo Dybala shows one of the best young striker in the game, with potential to become a superstar. Obviously he won’t be easy to get from Juventus, you might have to break the bank but he should be worth it.

In my test save Manchester City spent 43.5 million pounds to get him at the and of the first season and the lad did not disappoint. He produced a string of seasons with 20+ league goals scored, along with a few assists and excellent average ratings overall.

He developed almost extraterrestrial agility, exceptional speed, superb technique and very good mental attributes as well. If you have the money, this lad is surely worth having in your squad.

Check out the screen shot below, sent by one of our readers, showing Dybala’s progress in his FM 16 save: 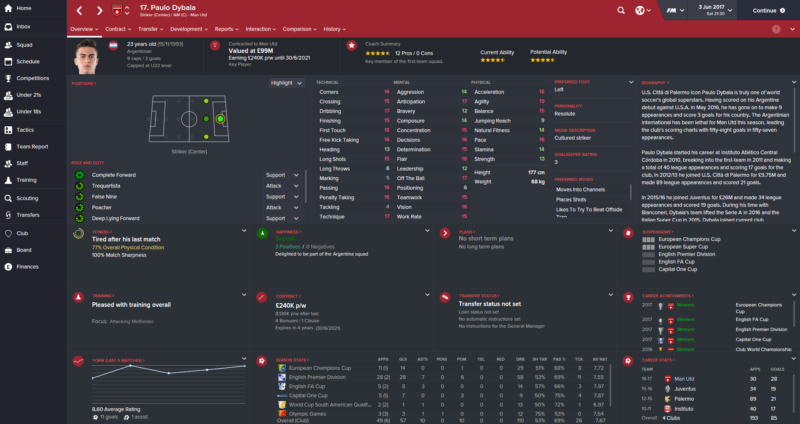