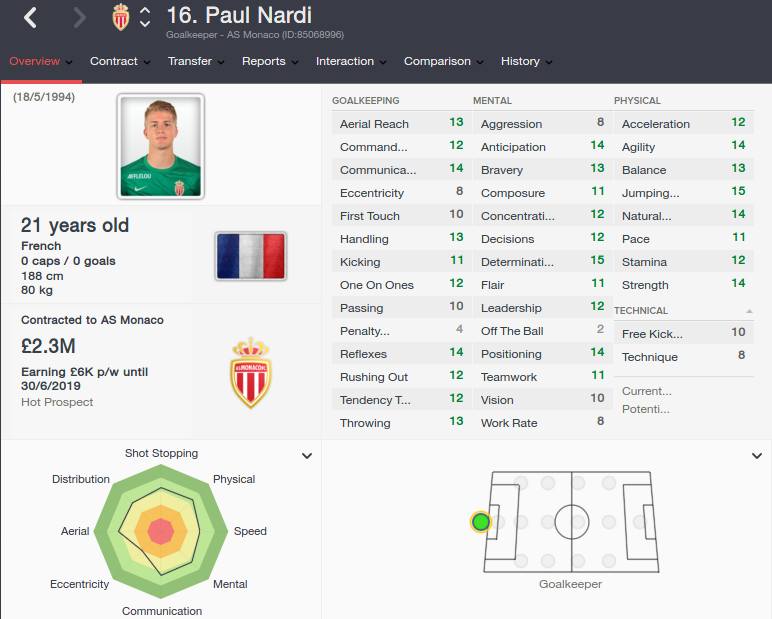 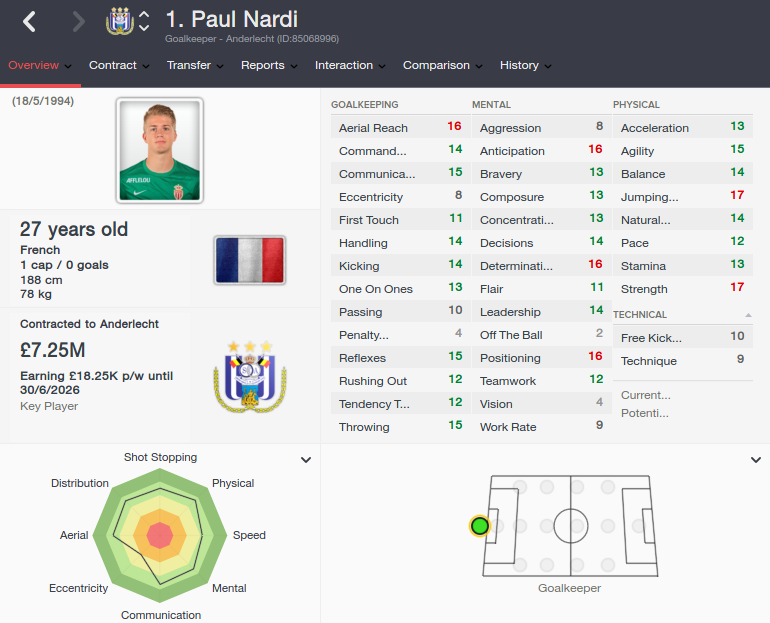 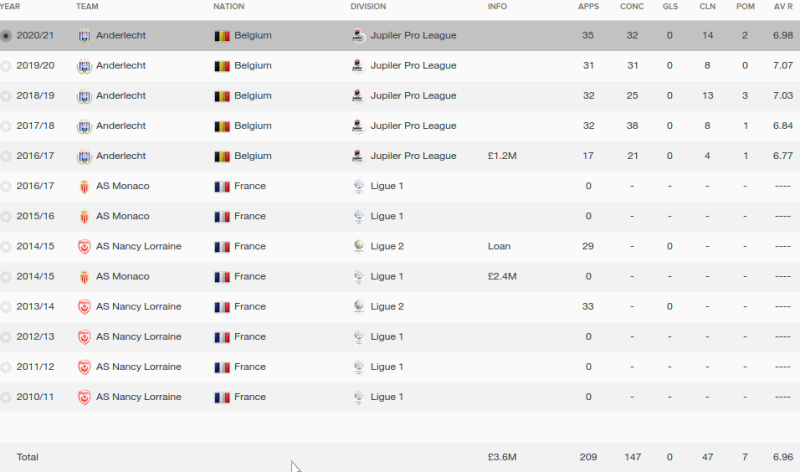 The FM 2016 player profile of Paul Nardi shows a good young goalkeeper, with potential to become a number one in any top club. Monaco don’t want to sell him at the start of the game, but he won’t be first choice for them so his asking price should drop significantly after a season or two.

In my test save he moved to Anderlecht for just over a million pounds, a great price for such a solid goalie. His development is good enough for any top team, but I think he can become even better if you take care of his training and maybe if you place him under tutoring with an experienced goalkeeper. Nevertheless, he is a great choice if you want to nurture a young goalie that can replace your current number one in a few years.

Hi. George Puscas From Inter(loaned At Bari) will get a profile ? He got really good potential .Or Robert Moldoveanu from dinamo Bucharest ?

Can’t find any of them in my test save database.