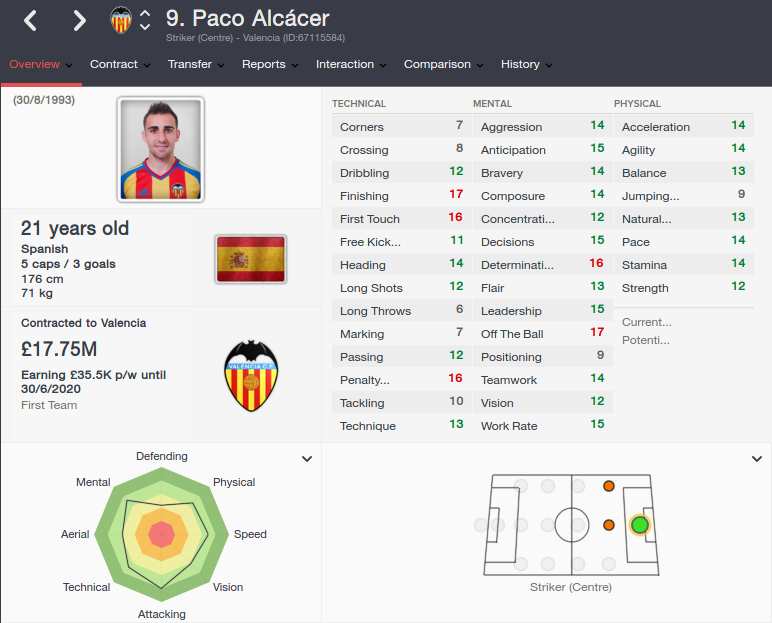 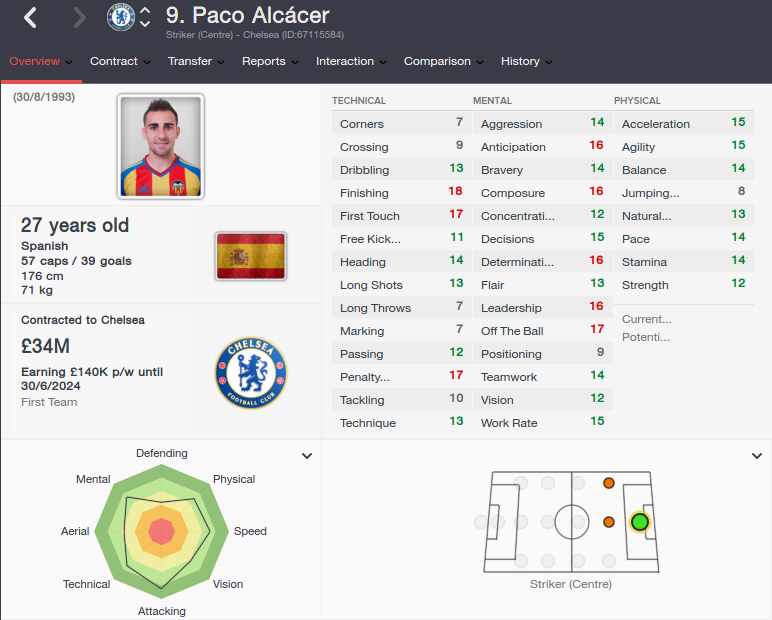 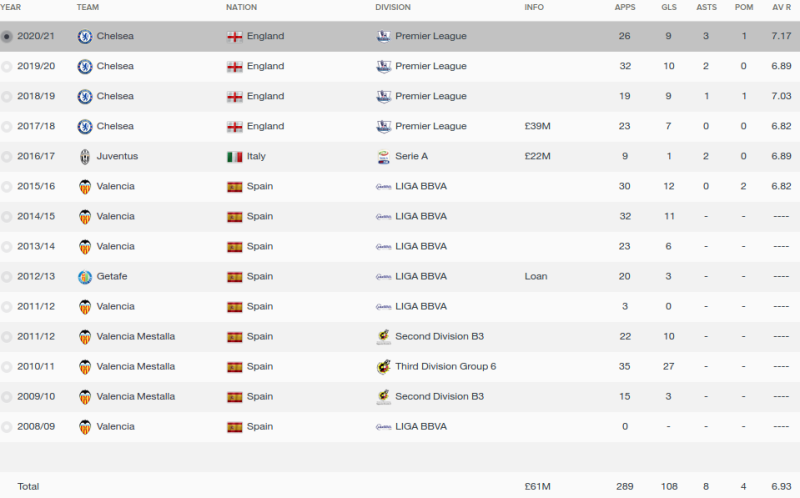 The FM 2016 player profile of Paco Alcacer shows a prolific young striker, capable of leading the line in any top European club. Valencia won’t let him go easily but I think he might get bored over there at some point and push for a move. However, he will most likely be quite expensive regardless of his happiness at the club.

In my test save he moved to Juventus but had a failed season there and got sold right away to Chelsea. I admit that I would have expected him to score a lot more goals given his attributes, which include lethal finishing and great movement off the ball. He should make an ideal poacher, you just need to have players able to feed him the ball in good positions.