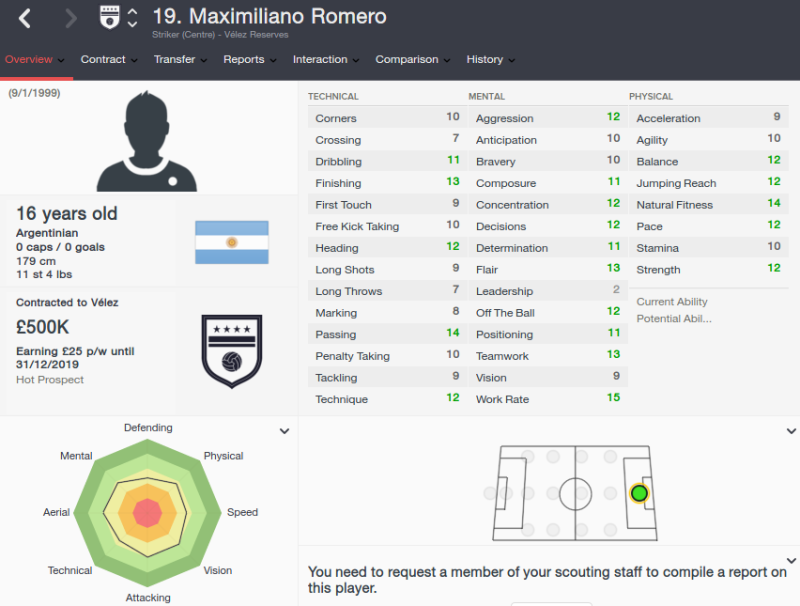 This FM 2016 player profile of Maximiliano Romero shows a well rounded striker with deadly attacking ability and plenty of potential. In my test save Romero developed 16 and above for finishing, decisions, anticipation and off the ball not to mention well rounded attributes across the board. All this despite never been given a real run in the 1st team, imagine how good he’d be had PSG taken a punt and played the wonderkid often or farmed him out for experience.

Its clear to see Romero can far exceed this ability and you can train his lack of speed making him well worth the £1.1 million compensation. Gaining a work permit will be tough but should happen after six months loaned out.

Nice , a total bargain , for his High P.A and how he can develop , a must buy total bargain. Nice Discover :)