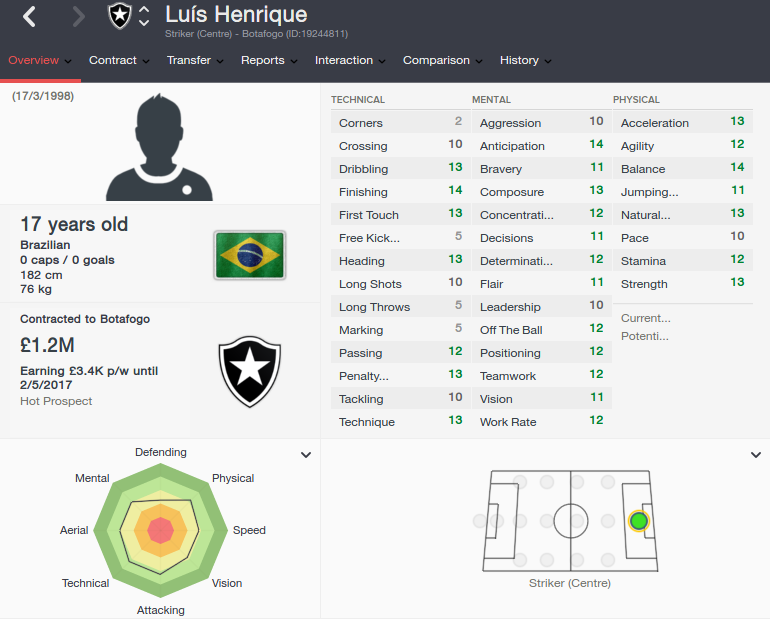 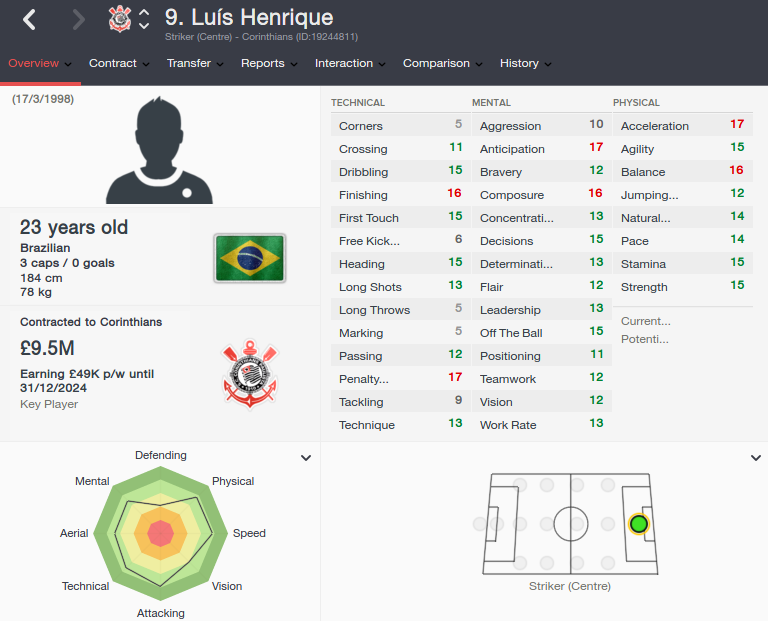 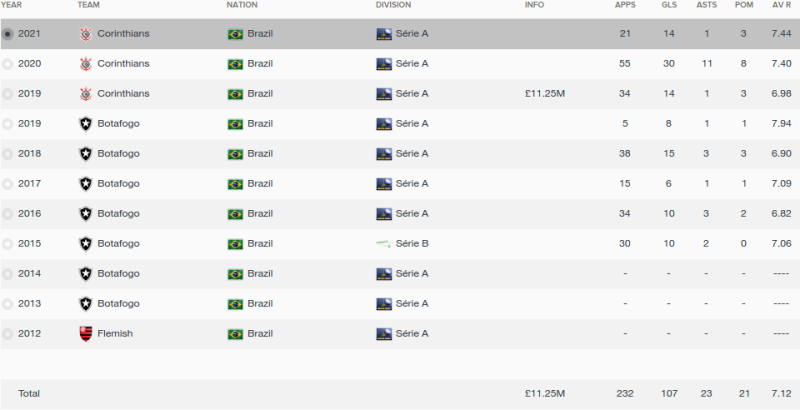 The FM 2016 player profile of Luis Henrique shows a very talented young Brazilian striker, available for a low transfer fee. Botafogo would let him go for 4.5 million at the start of the game and that is a real bargain considering his potential. Moreover, he shouldn’t have any problem in receiving a work permit for playing in England.

Despite the low asking price and high potential he didn’t make it to Europe in my test save, was bought by Corinthians for over 11 million instead. His best season saw him scoring no less than 30 goals to go with 11 assists.  The future profile screen shot shows that he can develop into a cold-blooded forward that can finish off the team’s moves but also create chances for himself and the others.

Check out the screen shots below, sent by Phuttz, showing Luis Henrique’s development in his FM 16 save: 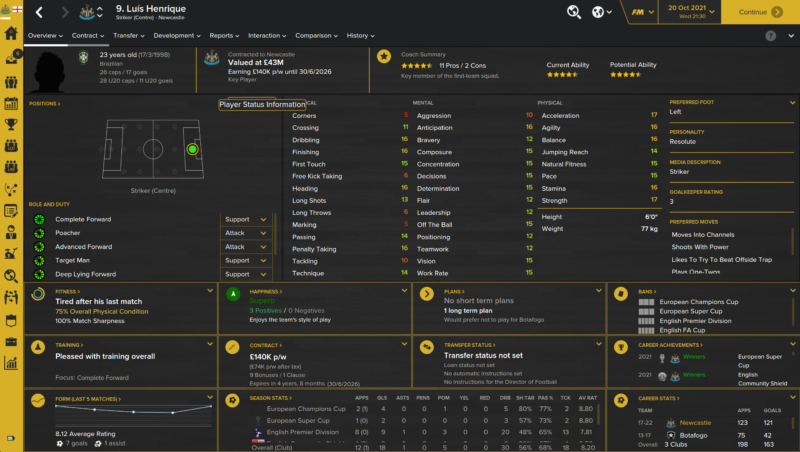 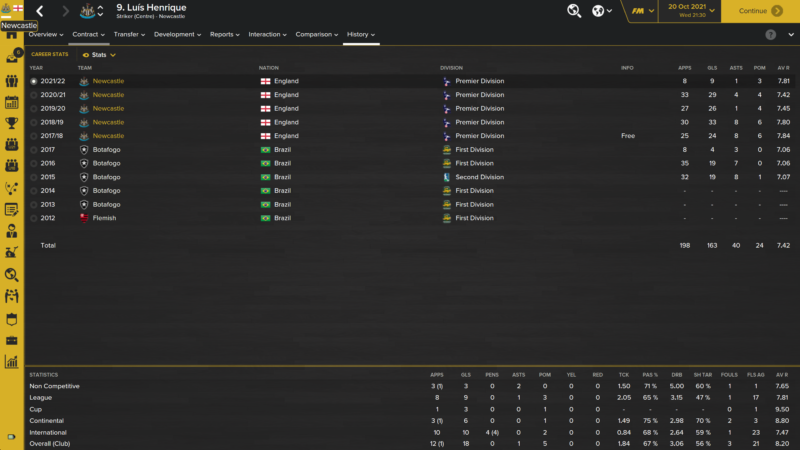 Another set of screen shots, sent by one of our readers: 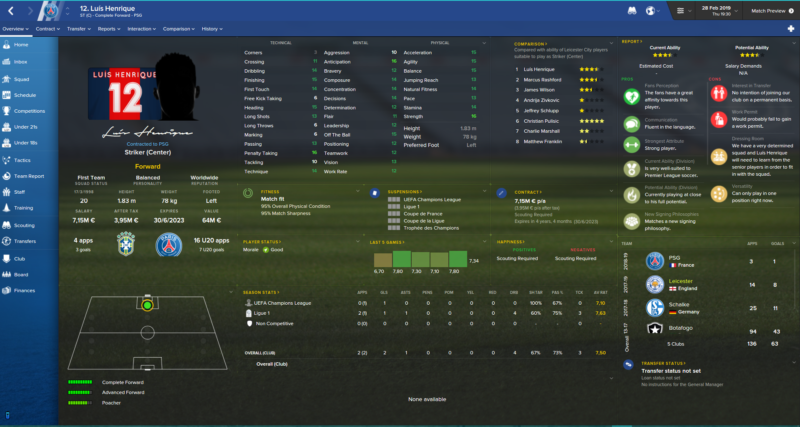 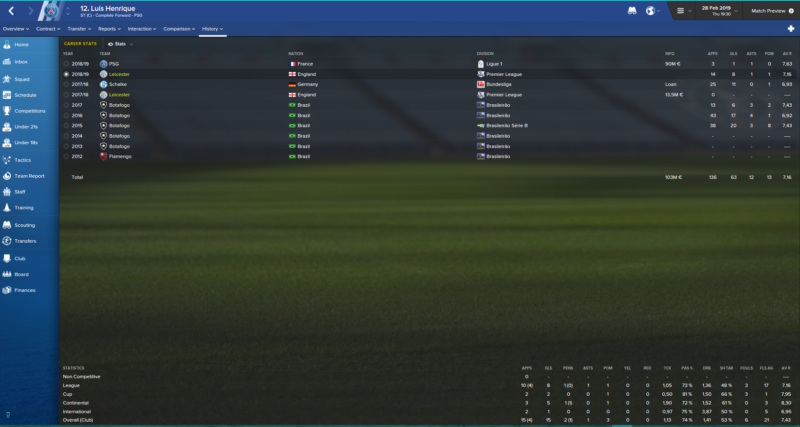